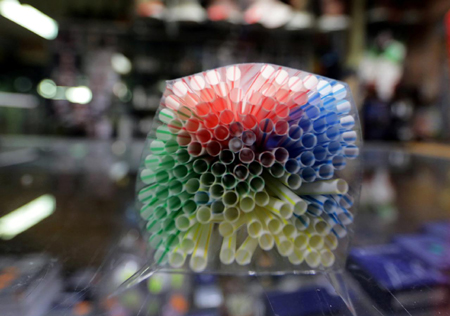 Tanzanian Prime Minister, Kassim Majaliwa, has declared a total ban on all single-use plastic carrier bags with effect from June 1, this year, an official said on Wednesday.

Majaliwa, announced the total ban on all single-use plastic carrier bags in parliament in the capital Dodoma on Wednesday night when winding up debate on his office’s budget estimates for the 2019 to 2020 financial year.

He told the House that the ban involved production, importation, sale and use of all single-use plastic carrier bags to help control pollution from non-biodegradable waste.

Majaliwa said: “I recently directed the minister responsible for environment to hold consultations with stakeholders including manufacturers of plastic bags to ensure that the ban is observed to the brim.’’

He said the government had given manufacturers of plastics bags enough time from now to May 31 to change their production technologies for production of other environmentally friendly goods.

“We are taking these measures to protect the health of our people, the health of animals and the infrastructure against the harm done by non-biodegradable waste,’’ said the premier.

On Monday, the Minister of State in the Vice-President’s Office responsible for Environment, January Makamba, told parliament the government has put in place plans to ban the use of single-use plastic carrier bags.

Regulations on the legislation banning the use of single-use plastic carrier bags were ready pending a notice in the official government gazette, he said.

In August 2017, neighbouring Kenya introduced one of the world’s toughest bans on plastic bags mandating four years in prison or a fine of 40,000 dollars for even using one.

Kenya said on Monday that it was pushing its neighbours, especially Uganda and Tanzania, to ban the single-use plastic carrier bags, as it struggled to control smuggling of the products into its territory.

The minister also warned the police against involvement in corrupt practices, saying anyone implicated in the two vices will face the music.

The minister said this at a pass out parade for 871 new police officers at the Tanzania Police School in the east African nation’s northern region of Kilimanjaro.

Lugola said collusion with criminals and involvement in corruption tarnished the good image of the force.

“The fifth phase government under the administration of President John Magufuli is very particular when it comes to fighting corruption in the country.

“And the police force should be at the frontline of the war on corruption,” said the minister.

Lugola urged police officers to abide by professionalism when executing their duties.

“The police force is obliged to protect people and their property and it has also the mandate to fight corruption.

“They should also ensure that they live to their oath of office,” he said.

In March 2018, the government admitted that corruption allegations leveled against police officers were damaging the image of the force.

The Minister of State in the President’s Office responsible for Public Service Management and Good Governance, George Mkuchika, said various reports by reputable organisations pointed out that police officers were the most corrupt among public officials.===Xinhua