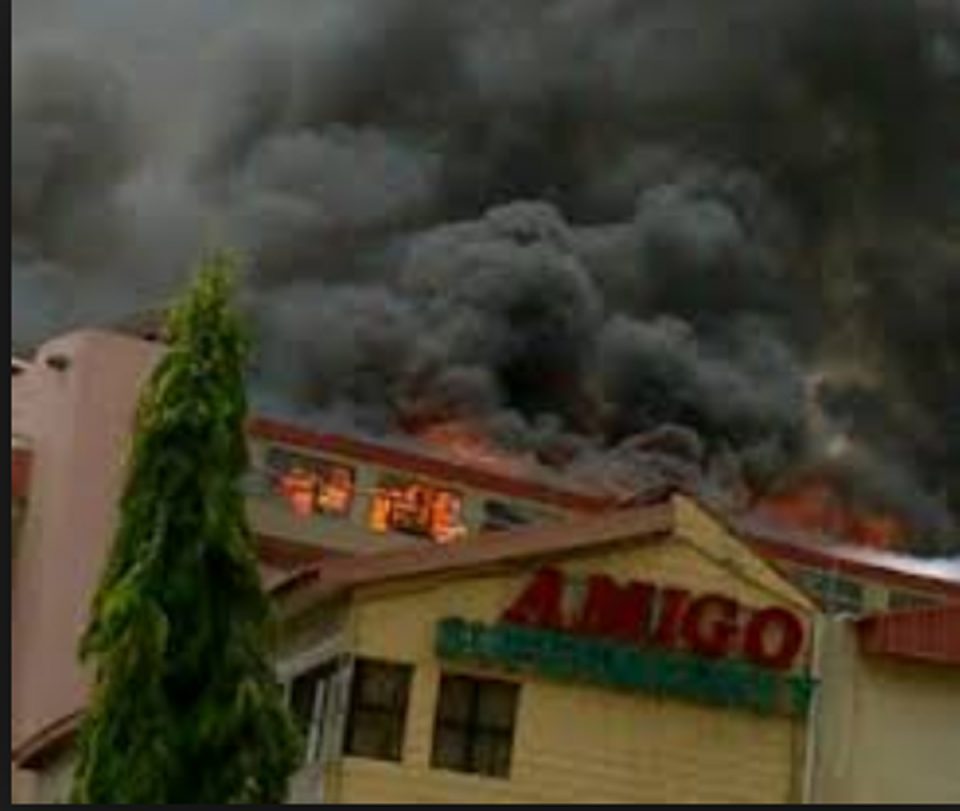 The popular and well sought after ‘Amigos Supermarket’ also known as ‘4U Supermarket’, in Wuse 2, Abuja, was gutted by fire on Tuesday.

Mr Jerry Timvh, Public Relations Officer (PRO), Federal Capital Territory (FCT) Fire Service, confirmed this that the fire outbreak, which affected only the warehouse section of the store, started at about 1:30p.m but was successfully put out by firefighters at 7:30p.m.

According to him, the cause of the fire is yet to be discovered as investigation is ongoing

“The fire incident led to the loss of many goods in the store but an exact estimate of how much is yet to be revealed.

“The fire did not affect the main supermarket as it was controlled to reduce wild spread.

“There was no casualty as shoppers and staff of the store were able to evacuate the store immediately the fire started,” he said.

S/African president to talk with Eskom over Zimbabwe energy crisis

Why I left the APC- Sen. Jim Nwobodo

Why Senate must reject CBN’s demand for sweeping powers

Finance ministry, CBN, others back lawmakers’ probe of unclaimed funds in commercial banks