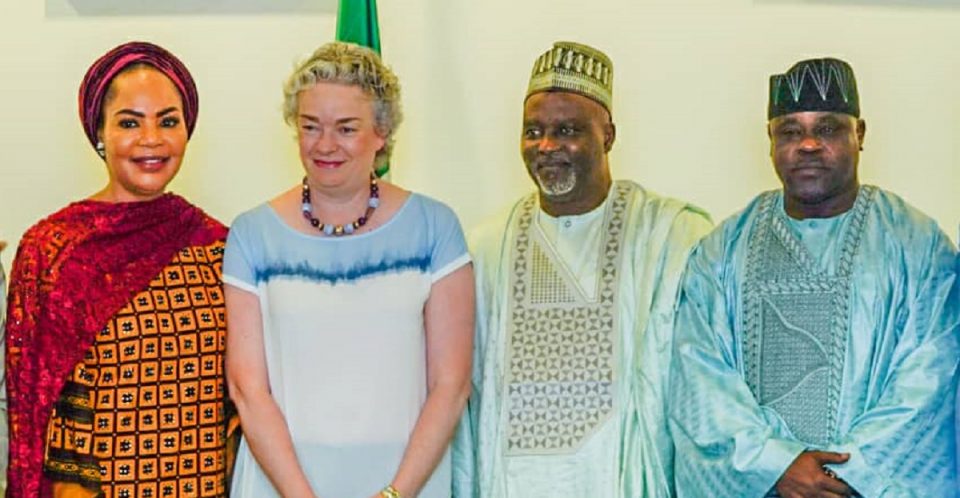 The British Government has advised Nigerians to see Brexit as an opportunity of opening its relationship with the rest of the world through the exiting the EU.

The British Deputy High Commissioner to Nigeria, Ms Gill Atkinson gave the advice when she paid a courtesy visit to the Deputy Speaker of the House of Representatives, Rep. Idris Wase in Abuja on Thursday.

Brexit, an abbreviation for British Exiting, refers to the UK’s decision to leave the EU following a referendum held on June 23, 2016 which 51.9 per cent of its citizens voted in support of leaving the EU.

The UK government invoked Article 50 of the Treaty on EU, starting a two-year process which was due to conclude with the UK’s exit on March 29, but has since been extended to Oct. 31.

“If I were Nigerians, I would see Brexit as an opportunity for Nigerians.

“This is something where our Prime Minister and our Foreign Secretary are very clear that they want their relationships with the world open up and no longer just focused on Europe.

“So if I were a Nigerian businessman or an artist, I will be seeing this as an opportunity,” Atkinson said.

She said that she was visiting the deputy speaker to discuss on ways to build relationships between the parliaments of both countries to promote “parliamentary democracy”.

“It is through parliamentary democracy that countries develop stability, prosperity and human rights, so making sure our parliamentarians have the opportunity to share their experiences and understanding will help us all to move forward.”

The deputy high commissioner also condoled with Nigeria on the Boko Haram attack that reportedly claimed at least 65 lives and injured 10 other at a funeral in Borno, according to authorities on July 28.

Earlier, the deputy speaker said that the Nigeria was committed to sustaining its relationship with the UK for the good and benefit of the citizens.

He also expressed gratitude for the UK’s continued positive response to Nigeria’s quest for improved security of lives and property in the country.

Wase also urged the UK government to sustain its efforts toward improving Nigeria’s security and called for more collaboration between both countries.

“By the grace of God, we will work together for the progress of our people and our country; I want to assure you of that.

“I believe we can do more as a country; I want to appeal on behalf of our country for you to issue a stern gesture toward our internal security,” he said.

Police arrest 150 suspected cultists, kidnappers in one year in Epe