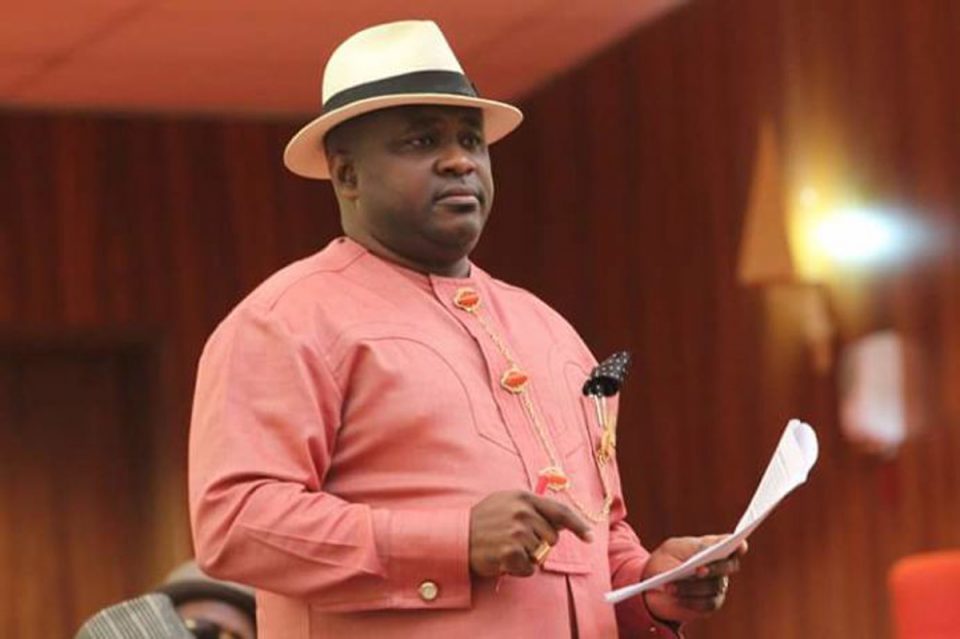 Bassey made this known to journalists at the National Assembly on Tuesday in Abuja, shortly after the Deep offshore and Inland Basin Production Sharing Contract 2004 (Amendment) Bill, 2019 was read for the third time and passed by senate during plenary.

“As you are aware, the 9th Senate broke the ice today, for a law whose amendment has been lingering since 1993 and of course section 16 of the Deep Offshore Inland Basin Production Sharing Contract Act states very clearly that when oil price reaches $20 it should be revised.

“This was never done because the law was enacted in 1993, though it came into the laws of Nigeria in 2004 after democracy setting.

“Ten years after that law since 1993, by 2003 oil prices have exceeded $20, so you can imagine what we have lost as a country since then.

“I believe $1.5 billion minimum is what we are looking at, but it could be more if the prices of oil increase, because if you look at when oil price was $140, it is huge and even pathetic, but we thank God it is better late than never’,” he said.

Akpan commended President Muhammadu Buhari, and the Senate President for their resilience in achieving what seemed impossible, noting that the feat would not have been possible without the president.

“Kudos goes to the senate president and the president of this country for their resilience, because for you to break this law that no one has been able to amend or go near this almighty law.

“And then in just less than six months of our existence in the 9th senate and we have broken the ice.

“ We couldn’t have done it without the support of Mr President, because we have worked contentiously with NNPC, DPR and the ministry of petroleum resources to get to where we are’’.

The senator noted that the oil and gas business is a global one, stating that whatever happens in Nigeria must resonate with the rest of the world.

“The country and as a senate, where we are right now, we are still extremely very competitive, we are only saying let’s begin to do what we were not doing before, we are not going to the extreme.

The bill was sponsored by Sen. Akpan Bassey, and it was designed to ensure recovery of revenue from the Petroleum Sharing Contract (PSC).

MDAs must defend their budget by Oct.29-Lawan