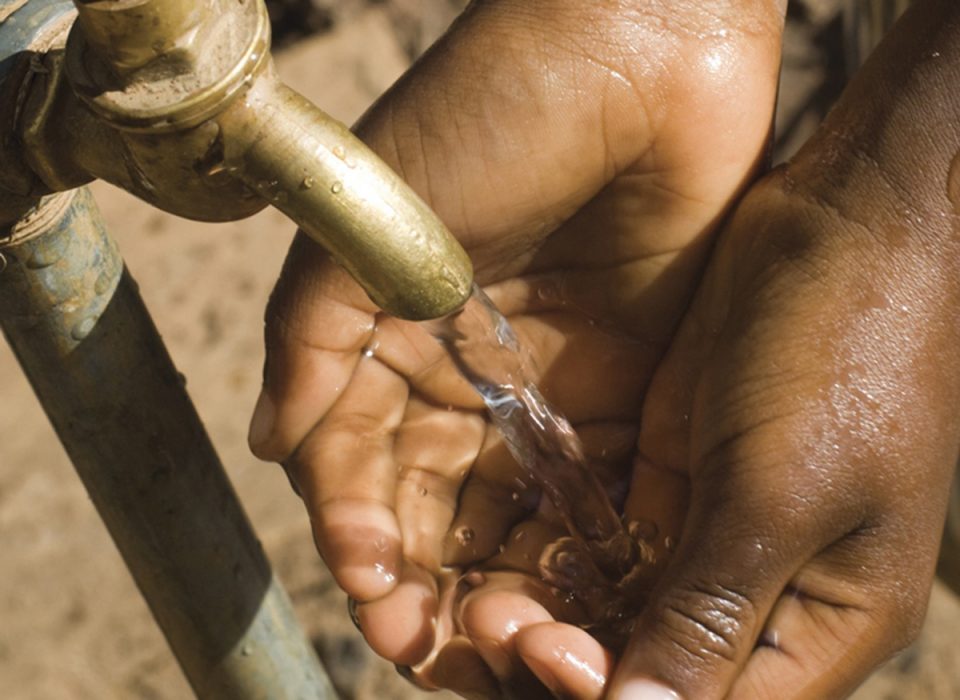 Stakeholders in the Water, Sanitation and Hygiene (WASH) Sector have bemoaned the challenges of hand washing practices with soap in the country.

Mr Emmanuel Awe, the Director, Water Quality Control and Sanitation in the Ministry of Water Resources said this while declaring open the Nigeria Handwashing Roundtable meeting on Wednesday in Abuja.
The meeting was organised by the National Task Group on Sanitation (NTGS) with support of the Global Handwashing Partnership and Water Supply and Sanitation Collaborative Council (WSSCC).
The meeting was aimed at reviewing the challenges and how to effectively create awareness on the practice of hand washing with soap.
“In the WASH sector, sanitation is often seen as the orphan, receiving little attention and funding.
“But much more so is hygiene, which is indicated under the Sustainable Development Goal (SDG) six as availability of hand washing facilities with soap and water.
“Hand washing with soap is considered as an affordable, accessible ”do-it-yourself” vaccine for sanitation and hygiene related diseases like diarrhea, cholera, typhoid fever among others that are prevalent in our communities.
“It is estimated to cut death from diarrhea by almost half and deaths from acute respiratory infections by a quarter. It also helps to ensure the sustenance of effort to end Neglected Tropical Diseases (NTDs) which are endemic in some communities,” he said.
Awe said in Nigeria, about 100,000 children under the age of five die annually due to diseases caused by poor sanitation and unhygienic practices, which about 33 per cent of the children are stunted, limiting their mental development.
The director said according to the 2018, Water, Sanitation and Hygiene National Outcome Routine Mapping (WASHNORM) Report, national access to basic hygiene services was 21 per cent with an estimated 150 million people lacking access.
“In schools and health care facilities, access to basic hygiene is 28 per cent and 40 per cent respectively, while only five per cent of public places such as markets and parks have hygiene facilities.
“The absence of WASH facilities, including hand washing stations in schools, healthcare facilities and workplaces are equity issues for girls and women, particularly for menstrual hygiene management.
“The availability of hand washing stations can stop the spread of diseases in these setting. It must be noted that the benefits accruable through provision of these facilities depends on the utilisation.
“Behaviour change is required for people to wash their hands consistently at key times,” Awe said.
Mrs Chizoma Opara, the Acting Coordinator Clean Nigeria, said that the ‘Clean Nigeria:Use the Toilet’ campaign under the National Programme was aimed at ending open defecation by 2025.
Opara said that the campaign would be officially launched on Nov. 19 by President Muhammadu Buhari to improve sanitation services in the country.
“The campaign will have integral component, hygiene promotion with emphasis on hand washing at critical times to break oral-route diseases transmission.’’
Mr Ron Clemmer, the Global Handwashing Partnership, Washington, U.S., said that hand washing was critical all the time in households, schools, healthcare, workplaces and emergency situations.
Clemmer noted that only 19 per cent of the world’s population particularly wash their hands with soap after contact with feaces.
He noted that only 20 per cent of people wash hands before preparing food, while only 31 per cent of health workers practices proper hand hygiene at critical time.
He said “findings shows that lack of hand washing with soap is a global risk present in all regions and it is a reminder that this nexus of risk is relevant to all countries, not just the poorest.’’
Mrs Elizabeth Warmera, a representative of Water Supply, Sanitation Collaborative Council (WSSCC) Office, Geneva, Switzerland said that the SDG six for Water and Sanitation, hand washing with soap was an essential factor.
She said this contributed to other SDGs on zero hunger, child survival, nutrition, good health, among others.
“This has the power to improve access to education for children, protect the health of patients and reduce inequalities which cuts across other goals,” she said.