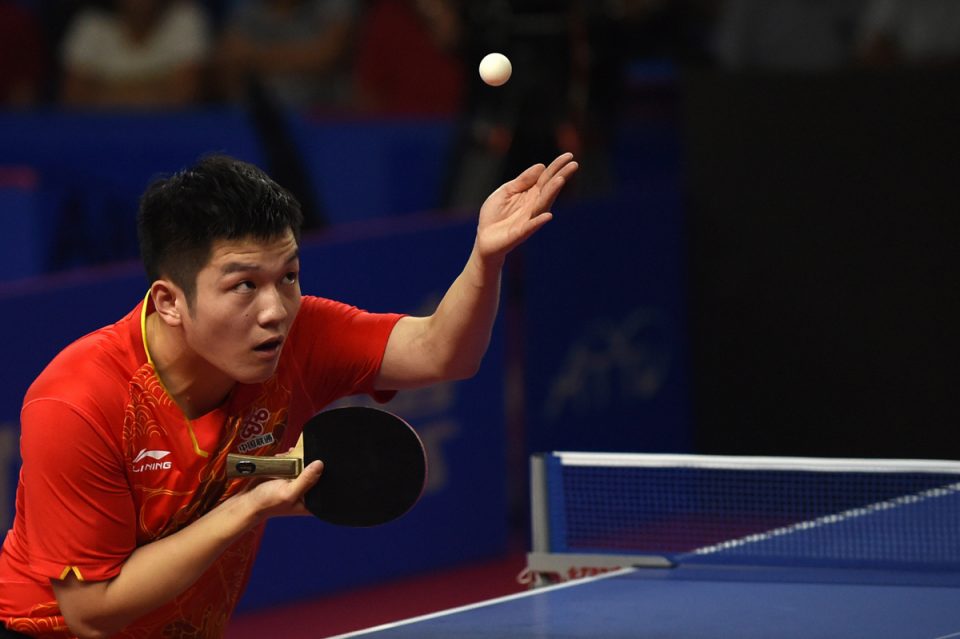 China’s 22 year old Fan Zhendong has made his way back to the top of the International Table Tennis Federation (ITTF) men’s world ranking, to be the first-ever men’s world no.1 of the new 2020 decade.

This is contained in a statement on the website of the world table tennis governing body on Thursday.

Zhendong achieved this by the tightest of margins – only 440 points ahead of compatriot Xu Xin who held the top position in December by nearly the same number of points.

He capped off his stunning end of 2019 with the Agricultural Bank of China World Tour Grand Finals win.

This was after having already secured the Chengdu Airlines ITTF Men’s World Cup, ITTF World Tour Platinum German and Austrian Open events all in a power-packed end to the season.

The Men’s Single Top 10 change has put Xu Xin back at no.2, where he is followed by Ma Long, who was defeated by Zhendong in ITTF World Tour Grand Finals men’s singles title decider between two of China’s undisputed heavyweights.

Such has been the competition that there is no further change in the top five, with Lin Gaoyuan and Japan’s Tomokazu Harimoto remaining in their respective fourth and fifth places.

The progress of the top teenagers continues, as the young prodigy from Chinese Taipei has made another noticeable progression.

Eighteen-year-old in Yun-Ju has moved from a previous best of no.7 to a career high of no.6 after he reached the quarter-finals of the World Tour Grand Finals!.

On his way there, he defeated Sweden’s Mattias Falck, who himself has risen to world no.8, which saw Brazil’s Hugo Calderano dropping a spot to world no.7.

Capping off the rest of the top 10, there are minute after effects as Liang Jingkun has dropped yet another spot to world no.9 and the Chinese is followed by German legend Timo Boll who sticks to his no.10 ranking.

While there were slight changes at the top of the order for the men, the women had it all the same near the summit, with some big movers right below.

China’s world no.1 Chen Meng is the first woman to hold that position in the new 2020 decade, and with her recent form, that might not change for sometime.

Her success at the World Tour Grand Finals in Zhengzhou meant she has now won the competition three times – equalling a feat achieved only once before by her compatriot Liu Shiwen, who dropped off one spot in the latest rankings to world no.4.

China’s Sun Yingsha meanwhile retained her place at world no.2 while her teammates, Zhu Yuling and Wang Manyu, have interchanged their positions – with Wang rising into the top five after her stunning silver-medal finish at the World Tour Grand Finals, and Zhu dropping out to the world no.6 spot.

Japan’s Mima Ito continued her rise in between the Chinese sandwich – now becoming the world no.3, after gaining one spot in December after she reached the semi-finals of the World Tour Grand Finals.

The 19-year-olds Sun Yingsha and Mima Ito have yet again come out with the highest ranking of their careers to kick-start the New Year in splendid fashion.

There is no change for the “Queen of Hearts”, Ding Ning (no.7), but there are major movements following her.

Singapore’s Feng Tianwei gained one spot to reach world no.8 ahead of Japan’s Kasumi Ishikawa, who also moved up to world no.9 because of the biggest drop in the top 10 that followed.

After having broken into the top 10 last month, Chinese Taipei’s Cheng I-Ching completes the rankings this time, losing two spots to from no.8 to world no.10 after a difficult end to her 2019.

Hey would you mind letting me know which webhost you’re using? I’ve loaded your blog in 3 completely different browsers and I must say this blog loads a lot quicker then most. Can you suggest a good web hosting provider at a honest price? Cheers, I appreciate it!

I’m still learning from you, but I’m trying to achieve my goals. I absolutely liked reading everything that is posted on your website.Keep the stories coming. I liked it!

Nice weblog right here! Additionally your website rather a lot up very fast! What web host are you using? Can I am getting your affiliate hyperlink to your host? I wish my website loaded up as quickly as yours lol

Thanks for another excellent article. Where else could anybody get that type of information in such a perfect way of writing? I have a presentation next week, and I’m on the look for such information.