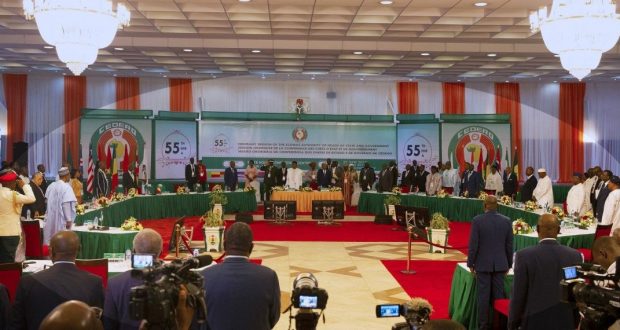 Nigeria and the challenge of Eco currency – The Sun

When the 15 Heads of States and governments of the Economic Community of West African States (ECOWAS) met in early 2019 and agreed to launch a new currency to be called the “Eco,” they were sure of its benefits. Perhaps, they did not properly evaluate all the conditions that each member state must meet before the implementation of the single currency for the sub-region. For the proponents of the single regional currency, they believe that business people and travellers across the region will be freed from all challenges often associated with the exchange of currencies and intra-area trade.

They also think that trade would boom and lead to an integrated and a prosperous region. In addition, a single monetary union for the member states will, in due time, mean that the various governments in the sub-region will transfer their national political authority to ECOWAS institutions.

However, there are other issues they should also consider. For instance, will member states be willing to subordinate to this monetary arrangement their national interests? This will entail surrendering their fiscal and monetary policies and sovereignty, including their foreign reserves. Another tough requirement is that the accounts of every Central Bank of member state will be audited before the implementation of Eco currency takes effect. This may not happen in the foreseeable future. In the case of Nigeria, the Central Bank of Nigeria (CBN) accounts have not been audited in the last four years. According to experts, it takes a minimum of two years to do this. This is the kind of monetary policy differences in the region which the International Monetary Fund (IMF) once described as opaque and unreliable for an effective and efficient currency management.

This is the fix Nigeria may find itself if it is considering to adopt Eco as its national currency. This is perhaps why, despite previous attempts to have a single currency in the region, it has suffered many setbacks and postponements. Also, member states have failed to meet the criteria, with Nigeria reportedly in the lead. But Nigeria’s fear is genuine, because the hurdles to cross are many. They include harmonising the country’s banking and financial legislations in order to meet the Eco single currency realities.

Besides, the West African Monetary Institute (WAMI) has prescribed tough conditionalities before Eco is inaugurated. It states that member states should have a single-digit inflation, a fiscal deficit of not more than four per cent, a Central Bank deficit financing of not more than 10 per cent of the previous year’s tax revenues and gross external reserves that can cater for import cover of at least three months.

Each country is under strict obligation to sustain tax revenue equal or greater than 20 per cent of her Gross Domestic Product (GDP), have a wage bill to tax revenue that is equal or not less than 35 per cent, as well as public investment to tax revenue equal to or greater than 20 per cent. Also, a stable exchange rate is a mandatory requirement. This is a tall order as Nigeria is currently deficient in most of the criteria listed. These are conditions Nigeria’s policymakers should consider before taking a decision to join the Eco single currency club. We urge the government to exercise extreme caution in taking the decision to join the new currency club. It should learn from the introduction of the Euro and the unresolved issues arising from BREXIT. Even now, the true value of the naira is not exact as the CBN continues to invest heavily in hard-earned foreign reserves to mechanically guard the exchange rate.

Therefore, it is an open secret that Nigeria has a multiplicity of exchange rate windows. Arising from this, we do not see the benefits Nigeria will get if it subordinates her own currency to that of a single monetary entity. It has been established that inflation and currency manipulation have acted as a sovereign tax, often for the benefits of specific interest groups.

Although Nigeria accounts for about 73 per cent of the region’s total exports and a GDP of $297billion, that does not make it safe to belong to the Eco currency market, notwithstanding the obvious advantages. Rather than do that, we advise that the Federal Government should look at other alternatives to solving ECOWAS monetary and fiscal challenges, such as improving the Ease of Doing Business, aggressive diversification drive, broadening the revenue base and strengthening other regulatory frameworks that will stimulate growth and development.

At last, sanity – The Nation