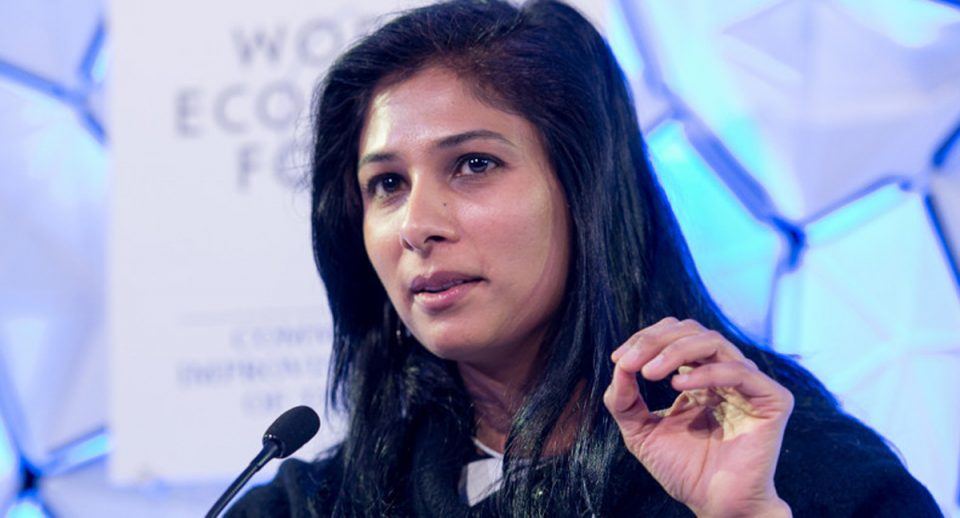 IMF’s Chief Economist Gita Gopinath said that a recovery in Indian growth could occur in the first half of the 2020-21 financial year (April and September of 2020).

Gopinath made this known on Tuesday during an interactive session with the Indian media on the sidelines of the World Economic Forum (WEF) in Davos, Switzerland.

“One of the major factors behind the downward revision was this weakness in credit growth. But there is also some part of it that has to do with weakness in rural income growth,’’ he said.

He added that the Indian government had lowered its own Gross Domestic Product (GDP) estimates for the current financial year from 7 per cent earlier projected to 5 per cent.

The liquidity crunch in the Indian non-banking financial sector beginning in October 2018 triggered a lending crisis in the country, threatening investments and thereby impacting growth.

Yet another factor that led to the slowdown in the Indian economy was the trade sanctions imposed by the U.S. on India in June 2019, which had an overall impact of $6.3 billion.

Meanwhile, Congress Party politician and former finance minister P. Chidambaram said he won’t be surprised if growth is even lower than the 4.8 projected by the IMF.

Chidambaram added that the multilateral agency should now be ready for an attack by the ministers of the ruling Bharatiya Janata party.

“Even the 4.8 per cent is after some window dressing. I will not be surprised if it goes even lower,’’ he said.

Lowering India’s growth projections to 4.8 per cent from 6.1 per cent for the current financial year (April 2019-March 2020), the International Monetary Fund (IMF) on Monday labelled slower Indian growth the “single biggest drag” on its global projections.

Nigeria’s cost of trade too high for investors, says Okonjo-Iweala