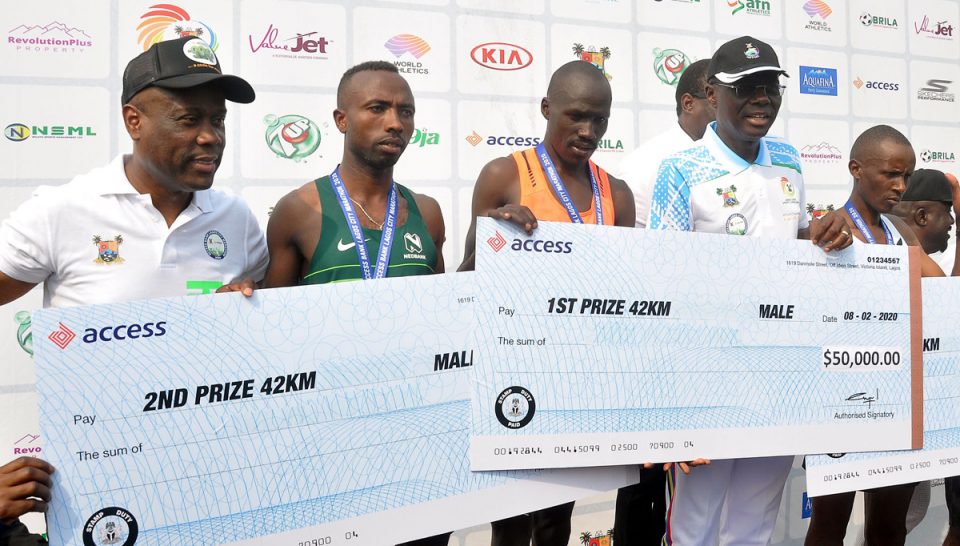 Bamarssai had previously won the  2011 Dubai Marathon with the personal best time of 2:07:18  and also came fifth at the 2011 World Champions Athletics in Daegu.

Sharon Cherop also from Kenya came first in the women category in  the 42km race.

The Technical Adviser of the race, Norrie Williamson,  said the timing of the race was still in order, given the temperature under which they ran.

“The time returned was fair enough because of the temperature, they ran fairly well with a lot of energy,” he said.

The winner, Bamarssai   gave  thanks to God and his coach who encouraged him.

Benard Sang from  Kenyan finished with  a time of 3:13:18, and got 4,000 dollars as his prize and the 10th position went to Tallam Cherutich from  Kenya.

Marathoners from Kenya dominated the podium, winning seven out of 10 available prize money.