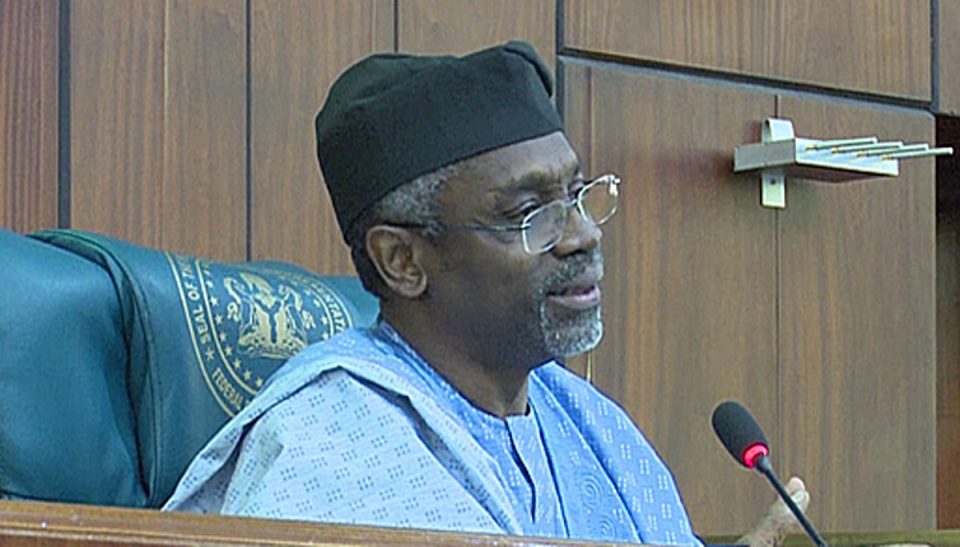 The House of Representatives is set to pass the Petroleum Industry Bill (PIB) mid 2020, says the Speaker, Femi Gbajabiamila.

Gbajabiamila stated this on Thursday in Abuja at the Nigeria Natural Resources Charter (NNRC) launch of the 2019 Benchmarking exercise report and policy Dialogue themed: “Evaluating Petroleum Resources Management in Nigeria’’.

The Speaker, represented by the Deputy Chairman, House Committee on Niger Delta Affairs, Henry Nwawuba, said the bill would have been passed during the 8thAssembly, but for some disagreements between the legislature and the executive.

“The PIB is supposed to be a single piece of legislation, but to make it easier to pass through the rigours of the bill passage circle we have broken it into four bills.

“So, we are doing the governance bill and we have started the administrative framework. Then, we will do the administration bill; we will take all of the other three at the same time.

“All of it had to do with the petroleum operation, how much powers does the minister have ,the revenue sharing formula and all of that, so it is just a case of crossing the T’s and dotting the I’s .

“We have set the timeline to pass it by the middle of this year, so in the next four to five months we should get it passed if we meet our own timeline.

“Of course you know that it is a bicameral legislature, so whatever we do in the House of Reps must be replicated in the Senate and then we meet to concur, but we are nonetheless confident that we will meet the timeline,’’ he said.

Gbajabiamila said that the benefit of the PIB to Nigeria was like air to humans.

He said that the bill would basically open up  the entire industry to the required investment needed, so the country could  benefit  maximally.

He explained that with the global competition of energy, it was important that Nigeria had a good environment for people to show interest in participating in her oil and gas industry.

“As it is today, Nigeria has no law; we have pieces of legislation, but very old. We do not have a PIB law like other climes.

“So, this is critical, because it was what is needed to harness all the potentials and articulate them in one place, to get the best.

“The power of the law making does not rest in the executive, nor in the hands of the President, so even if the President does not sign a bill, we still have our ways of getting it passed if we feel it is a critical piece of legislation.

“We are determined to pass this bill that is what is most important, we will work with the presidency and the executive but if push comes to shove we can veto it to pass the bill,’’ he said.

Earlier, Odein Ajumogobia, former Minister of State, Petroleum Resources and Chairman NNRC, said that the charter was set up as a think-tank to try and bring about best practices in the oil and gas sector .

According to Ajumogobia, NNRC’s major findings are that oil and gas in Nigeria are not being optimally managed, in terms of the impact on the country and its people.

“If we have 200 million people in Nigeria and 87 to 90 million are in extreme poverty, I think that is a very poor reflection of the management of such a tremendous resource.

“When the industry began, it was focused on the export of crude oil but there is probably more gas in Nigeria than there is oil, but when the industry started, gas was regarded as a risk than a resource,’’ he said.

Ajumogobia said that for the last three decades, gas had proven to be a huge resource, so there was much more that Nigeria could do to improve the transformation of her industry and the well-being of her people.

He said that NNRC first launched the benchmark in 2012 and had been releasing it biannually since then.

Ajumogobia added that the 2019 benchmark report was a valuable information based on a lot of research in the industry that recommended best practice.

Ms Tengi George –Ikoli, Programmme Coordinator, NNRC, said the benchmark was designed by experts in the industry to see how Nigeria could ensure to maximize the opportunities it gets  from its natural resources endowment.

George-Ikoli said this was because there was need for the resources to benefit the citizens by way of ensuring it trickled down to the citizens.

“What benchmark does is to provide us that guidance as to the key things that Nigeria needs to do, while making sure that it gets to that stage where everyone benefits.

“So, we are engaging the actors in the industry; the CSOs, media, MDAs, National Assembly and others, to interact to chart a way forward for Nigeria to get to the place it needs to be, especially if we pass the PIB,’’ she said.