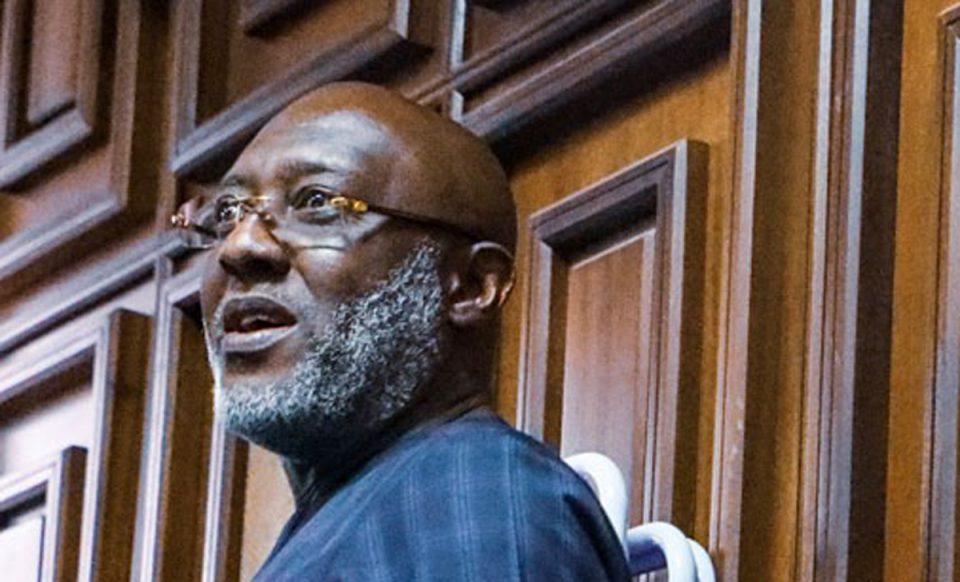 An Abuja Federal High Court, has found Olisa Metuh, former National Publicity Secretary of the Peoples Democratic Party, PDP, guilty of some of the charges levelled against him.

Justice Okon Abang found Metuh guilty of count 1, 2, 3 and 4 of the corruption charges levelled against him by the Economic and Financial Crimes Commission, EFCC.

The Judge held that Metuh, who is standing trial for alleged N400m fraud should have known that the money he received was the proceeds of crime.

EFCC had arraigned Metuh on charges for allegedly laundering the sum of N400m as PDP former spokesperson during the tenure of former President Goodluck Jonathan.

The anti-graft agency had accused Metuh of receiving the money from the Office of the National Security Adviser, NSA.

Metuh was arraigned alongside his company Destra Investment Ltd.

However, the judge held that “Olisa Metuh and Destra Investment Ltd were guilty on count 1 for taking possession and control of N400m from the Office of the National Security Adviser which he ought to know was a proceed of crime.”

”Guilty on count 2 for converting the sum of N400m to fund PDP activities and for his personal use.

Metuh and Destra Investment Ltd were also found guilty of count 3 for concealing the sum of N400m, a proceed of crime received from the ONSA.

The judge also found Metuh and his company guilty of count 4 using N400m of taxpayers money from ONSA to fund the campaign activities of PDP.

The erstwhile PDP spokesman was also found guilty of count 7 for transferring N51.7m to one Anthony Anene which was part of the N400 Million paid to his office by ONSA.

The Petroleum Equalisation Fund (PEF), a body established ‘to ensure effective distribution of petroleum products for sustainable development, by facilitating distribution of petroleum products nationwide at approved prices,’ has announced its intention to commence haulage of petrol and cooking gas by train, as soon as new train schedules are released by the Nigerian Railway Corporation (NRC).

The decision of PEF is a move in the right direction, after several decades of abandoning the use of rail to transport cargo in the country; and despite common knowledge that train is the safest and least expensive means of moving passengers and freight across space in the modern era.

This decision comes as a signal of readiness of the government to solve a problem that has been with the country since the 1980s, when the grounding of freighting by train started, under a succession of governments — military and civilian.

Though still a promise, the announcement has come at a time the Federal Government is visiblycommitted to improving movement of persons and goods within the country.

With recent progress in rail infrastructure, especially upgrading of the narrow-gauge single  track inherited from the colonial government and the ongoing construction of standard gauge system, between Lagos and Kano, as well as promises to initiate horizontal rail lines with a Calabar-Lagos line, implementing the use of train to transport petrol and gas ought to be feasible and viable. Barring unforeseen emergencies, the remaining challenge is for the government to commence implementation of a long-awaited policy.

This is one policy that can put smiles on the faces of road users, whose families have lost thousands of persons to travelling on many of the country’s dangerous highways, alongside petrol-filled tankers and trucks.

Undoubtedly, removing tankers of petrol and gas from the roads will drastically reduce accidents and fire outbreaks on the poorly maintained roads, not originally built to support heavy trucks, carrying flammable materials, round the clock.

So will removal of heavy trucks from the highways reduce damage done to the roads and havoc of accidents to innocent road users.

While the decision to take advantage of rail to transport petroleum products is commendable, this move should be seen by the Federal Government as the first of many steps needed to address movement of cargo, to meet the needs of 200 million people, in various parts of the country.

Still, the availability of rail transportation does not have to throw into disuse, and put to waste, the huge investment in building pipelines, specifically to move  petroleum and allied products to many cities, on both vertical and horizontal axes of the country.

Beyond stopping haulage of petrol and gas on roads, it is important that the Petroleum Equalisation Fund urge the Federal Government to embark on rehabilitation of existing refineries; and linking pipelines to new refineries, for safer and faster transfer of petroleum products across the country, than even the use of train.

Restoring the use of pipelines would free more wagons for haulage of other heavy materials to various sections of the country.

The negative effects on quality of roads, from importing refined petroleum and moving tons of imported petrol from the Lagos port to the interior of the country daily, are too obvious to miss.

Without doubt, optimal use of passenger and cargo trains is a sure way for the country to pay off huge loans taken to finance old and new rail lines.

We commend PEF for thinking out of the box to ensure safe movement of essential commodities, such as petrol and gas to end users, without putting stress on the roads; and with interest in reducing accidents on the roads.—-The  Nation

INEC chairman appeals against court order for his arrest