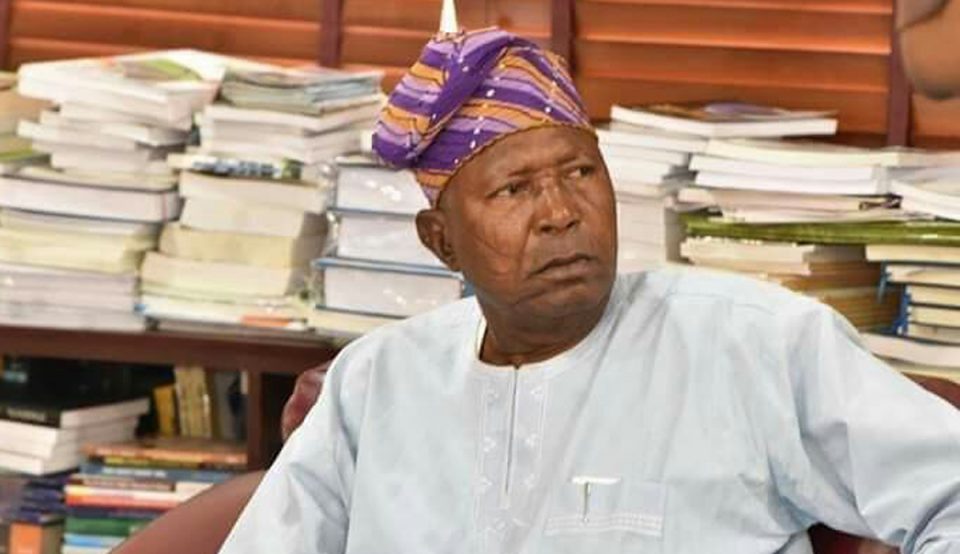 The Oyo State chapter of the Peoples Democratic Party (PDP), has expressed shock on the death of Chief Richard Akinjide (SAN), a former Attorney-General of the Federation and Minister of Justice.

Akinjide died on Tuesday morning at the age of 88 years.

This development was contained in a statement signed by the state chairman, Alhaji Kunmi Mustapha among other members of the party executives and made available to journalists in Ibadan on Tuesday.

The statement described late Akinjide as a staunch party faithful, one of the founding fathers of PDP in Nigeria and a great pillar of the party in Oyo State.

“The death of the former Attorney General of the Federation is a big blow to the entire PDP family in Oyo State and Nigeria at large.

“Regardless of his very old age, the party always relied on his wealth of wisdom and experience in managing state and national affairs within the party.

“Chief Akinjide’s demise is a painful loss and we pray that God would grant his family the fortitude to bear the irreparable loss,” it said