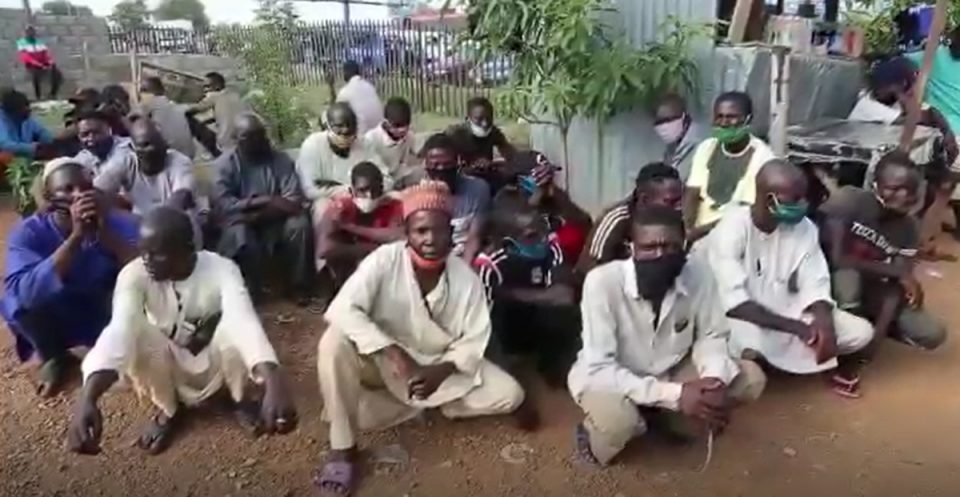 The Federal Capital Territory Administration has arrested 84 travellers hiding in a Dangote truck and six other buses for violating the ban on interstate travel.

They were arrested in Zuba, a border town of Abuja with Niger State where they were arraigned before a Magistrate’s court in Zuba.

Addressing journalists in Zuba, the Chairman of the FCT Ministerial Enforcement Task team on COVID-19 Restrictions, Ikharo Attah, lamented the high rate of disobedience to the guidelines.

He said, “If we must contain this virus that is ravaging the world, citizens must close ranks with the government.”

He said 21 passengers were apprehended on a J5 bus travelling from Owo in Ondo State to Kano State.

The Dangote truck was travelling from Lagos to Jos with six passengers while a Toyota Hiace bus left Kaduna for Warri in Delta State with 13 passengers.

The enforcement team also arrested the driver of a Mazda bus travelling from Minna in Niger State to Nasarawa State with 16 passengers and a Volkswagen Sharon bus from Kaduna to Kogi State with six passengers.

Attah said, “They were arraigned at the Zuba mobile court where the magistrate,  Ebiwari Damini, fined the drivers between N3000 and N5000 each while all the passengers, excluding minors, were fined N1, 000 naira each.”

The magistrate ruled that the Dangote truck and three other buses be impounded in the FCT until the COVID-19 pandemic was over.

He also ordered that three buses whose passengers were largely women and children be turned back to where they were coming from.

When NIMASA was at its lowest ebb