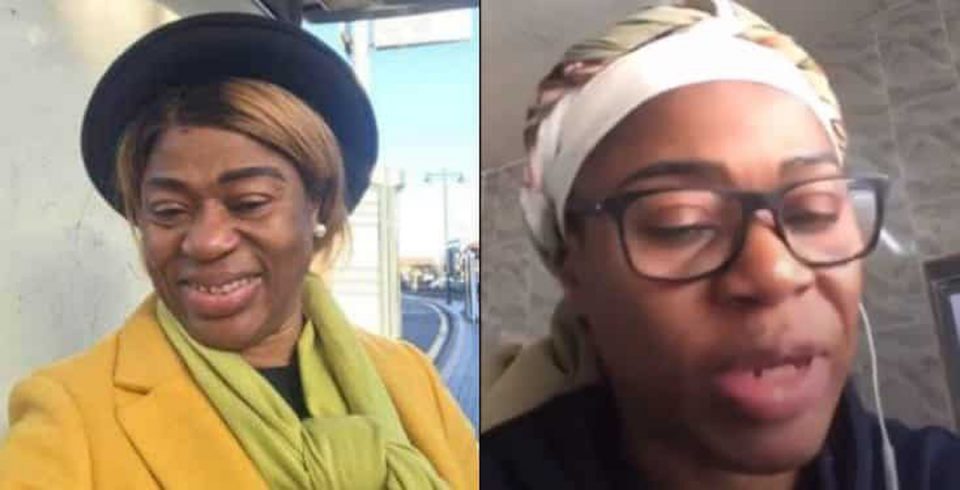 A 58-year-old Nigerian-British, Susan Idoko-Okpe, who was isolated for 58 days as the index case of coronavirus in Benue State, has narrated her conversation with the Chief Medical Officer of her isolation centre before her release on Wednesday.

Idoko-Okpe, who arrived in Nigeria from the United Kingdom on March 22, had protested that a positive COVID-19 test result, which led to her being taken to the Benue State Isolation Centre in Makurdi on March 27 and subsequently to the National Hospital in Abuja, did not belong to her.

The woman, who spoke in a telephone conversation with a UK-based Nigerian vlogger, Olajumoke Ariyo, stated that she had been accommodated at her friend’s home in an undisclosed location.

In the recorded video in circulation, Okpe revealed that the last test given to her showed that she was still positive for coronavirus.

She, however, said the health officials asked her to go, having met with the requirement of the World Health Organisation.

She promised to reveal more about her ordeal in her “medical detention.”

In the video, Okpe said, “Hello family and friends, as you can see I’m on my way out of the hospital. I have just been given the test that I am still positive but I can go that I have met the WHO requirement.

“I just did this live video to say I am walking out of my detention and forceful incarceration.

“That is what is happening right now.  Thank you all for your support.

“For security reason, I won’t give details of where I am going right now, but I am out of here. So thank you all my fans and supporters. I am packing my bags and baggage to be on the safe side.

“I will be live tomorrow to tell you further on what has happened to me. Right now, I am out of my detention centre.”

She added, “They (nurses) said I was still positive. I said, ‘Okay, give it (the result) to me.’ I wanted to leave, so I called the CMD. I put the CMD on the line with the nurses. The CMD said, ‘Yes, you have satisfied the WHO (guidelines). You have never been a prisoner. You are free to go home.’

“I put him on speaker and said, ‘Sir, by the way, you are on speaker.’ The nurses there were listening. So, I packed my things, my friend came and I left in her car. I’m in her house right now.”

Idoko-Okpe, however, refused to disclose her location to anyone, saying she was happy to be alive.

ADB to provide $80m toward promoting healthcare services in Mongolia