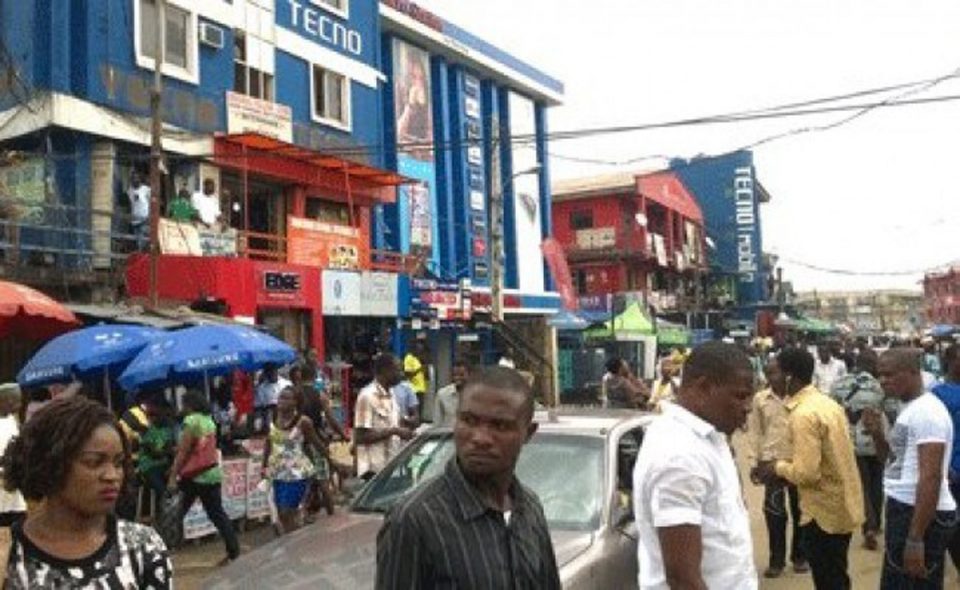 The Ogunbiyi Community Development Association (CDA) in Ikeja Local Government Area of Lagos State has urged the state government to intervene over an alleged constant harassment by hoodlums at Ikeja Computer Village market.

Mr Timi Davies, Vice Chairman, Ogunbiyi CDA, who also doubled as the chairman of coalition of associations in Computer Village, told newsmen on Wednesday that his people were tired of constant harassment on residents by thugs.

The traders shutdown the biggest ICT market on Saturday in protest against constant assault on the people by some hoodlums.

Trouble started on Saturday when the CDA erected a gate at Idowu Lane in the market which was allegedly removed and carted away on the order of the Iyaloja who also ordered the arrest of t two men, including the CDA Chairman.

Davis urged the state government to come to their aid and intervene before the matter degenerated into major crisis in the community.

He said, “This is an ICT business hub, this is not a market where they sell pepper and tomatoes, therefore, installing Babaloja and Iyaloja here is a misnomer. Computer Village do not belong to the market women association for Christ’s sake.

“We have made our position clear that we do not want these people, they do not represent us because we have our own different associations to which we belong.

“Moreover, they have continued to harass and assault people here to the extent that customers are already running away from the business environment for fear of being harassed.

“What happened Saturday is that the CDA erected a gate at Idowu lane to protect the market from burglars which was witnessed during the lockdown.

“We approached the local government, being our supervising body, and we were given the approval, but in the evening, Iyaloja sent hoodlums to remove the gate while she also ordered the arrest of the CDA chairman and others.

“Their offence for being arrested was that they didn’t take permission from Iyaloja and Babaloja before erecting the  gate to protect their goods from being stolen.”

Davis said that the traditional title of Iyaloja or Babaloja did not give them the permission to govern the community which was under the CDA created by law of the state.

He called on the state government to intervene to prevent a breakdown of law and order in the area.

Azeez-Isokpehi said there were archs built by TECNO mobile with sign boards of Iyaloja which was erected at all the entrances of Computer Village.

“Suddenly, some people just thought they can cordon off Idowu Lane, claiming it is not part of Computer Village and they want to be alone.

“These unscrupulous elements wanted to try my authority by removing Idowu Lane as part of Computer Village.

“That was why they went to erect the gate there without my knowledge and I cannot be looking for people who hold the keys to the market when I am in charge,” she said.