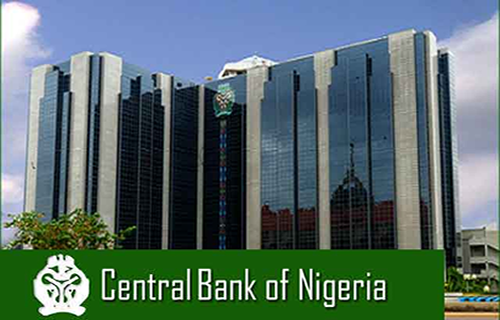 As the country slides further into recession, the organised private sector is rooting for effective policies to crash lending rates and stimulate productive activities. Their plea to the Central Bank of Nigeria and deposit money banks to drastically cut interest rates merits concerted action. The times dictate an urgency to align fiscal and monetary policy initiatives in a cohesive stimulus package that will inject credit to businesses and put people back at work.

Welcoming the latest reduction in the CBN’s Monetary Policy Rate from 13.5 per cent to 12.5 per cent, retention of Cash Reserve Ratio and Liquidity Ratio at 27.5 per cent and 30 per cent respectively, the Manufacturers Association of Nigeria, the Nigeria Employers Consultative Association and the Lagos Chamber of Commerce and Industry, however, want a more drastic cut in the benchmark rate.

Influencing interest rates is one of the most important things central banks do, because interest rates have a profound effect on economic growth, job creation and inflation. When banks can borrow funds from the apex bank at a less expensive rate, they are able to pass the savings to banking customers through lower interest rates. Sometimes, increasing the money supply by lowering interest rates comes with adverse effects such as high inflation. This calls for a delicate balancing act.

Certainly, the economy is devastated by crumbling businesses and mass layoffs in the wake of the COVID-19-induced global recession and a drastic fall in oil revenues. The National Bureau of Statistics estimates that 40 per cent of workers have so far lost their jobs.

The economy however cannot rebound with the prevailing lending rates that hover between 17 and 40 per cent. Interest rates – the cost of borrowing money – determine the trajectory of an economy: high lending rates discourage lending to small businesses and start-ups, mining, manufacturing and agriculture, which have longer gestation periods and have greater capacity to create jobs and diversify exports. High rates for savings also encourage short-term demand deposits but constrain lenders from long-term loans while favouring short-term financing such as import and petroleum marketing. Experts say high borrowing rates promote unemployment, higher public sector borrowing and by making imports cheaper, render the country’s exports less competitive. But since rates are primarily a function of demand and supply, it is the adoption of creative policies by the central bank, complemented by and in coordination with fiscal policies that will influence low interest credit favourable to businesses.

Like other free economies, the CBN wisely shies away from imposing strict lending rate caps that, in a distorted environment like Nigeria’s are often difficult to enforce and end up encouraging abuse. The World Bank said that by 2018, 76 countries had imposed such caps but noted that their effectiveness was undermined by non-interest charges and commissions.

Countries strive to achieve very low, single-digit lending rates to businesses, especially in identified national priority sectors, but Nigeria’s oil-dependent, import-dependent and public sector-heavy economy deprives the productive, high jobs-creating sectors of cheap credit. MPR at 12.5 per cent is still not good enough for an economy desperate to create jobs. Since the optimum desired outcome is usually for lending to the private investors not to exceed 4 per cent spread from the benchmark, only big corporations or importers and traders with quicker turnover times can cope with the prevailing rates.

But other countries have been more successful in achieving business-friendly rates. Continental competitors, Egypt, South Africa and Morocco, have benchmark rates of 9.5 per cent, 3.5 per cent and 2 per cent respectively. India’s benchmark is 4 per cent and average rate to businesses 9.4 per cent; Malaysia, China and Brazil peg theirs at 2 per cent, 3.85 per cent and 3 per cent respectively. Others, like the United Arab Emirates and Kuwait, offer 1.5 per cent each. In Greece and the Euro area, it is zero per cent. Singapore and Japan go beyond rock bottom at 0.1 and 0.09 per cent respectively. Commendably, the CBN too, apart from a moratorium on some credit lines, has rightly slashed rates on its intervention loans from 9 to 5 per cent; the government has unfurled a $10 billion agricultural revolution programme targeting five million jobs and providing the nutrition needs of 35 million Nigerians and N97.3 billion for innovators.

Credit is, however, not the only factor in competitiveness. All policies need to be woven together into a cohesive stimulus plan. The odious monetary payments model of substituting naira allocations for dollar denominated revenue, according to the late Henry Boyo, a renowned economist, clearly, remains the most potent source of the unceasing naira surplus in Nigeria’s money market. Both the Federal Government and the CBN must face this reality once and for all.

Yet, stronger, consistent regulation and enforcement are required. The seizure of N459.7 billion from 26 banks for failing to meet CRR target last week that followed the N1.4 trillion reserves of 12 banks it quarantined last year for the same offence may signal a move in this direction. Similar sanctions like the N499.1 billion reserves withheld from 12 banks for flouting directives to lend to the real sector need to be accompanied by stiffer actions: the banks are not deterred by the temporary seizure of their reserves by the CBN at zero interest. The regulator should take a dim view of the wide spread between what the banks pay on savings deposits and what they charge on loans and advances.

In the end, economic productivity is important. Achieving a V-shaped recovery – a quick rebound in productive activities after a plunge – requires policymakers to jump-start agriculture, manufacturing, construction, power, SMEs, food and drugs sectors, as well as mining and health. Efforts should accomplish low interest credit to these sectors through a mix of effectively managed intervention funds and emergency measures to encourage lenders to meet the CBN’s Lending to Deposit Ratio of 65 per cent and to favour the real sector.

In Q4 2018, the NBS recorded an abysmally skewed lending to job-creation sub-sector-agriculture at 4.03 per cent of total bank lending to the private sector; manufacturing 14.74 per cent; power and energy (non-oil) 2.67 per cent and construction 4.06 per cent. But oil and gas accounted for 23.4 per cent. The Reserve Bank of India said bank credit (excluding food) in 2008 to 2018 averaged 42 per cent in industry, 24.4 per cent to services and 13 per cent to agriculture, which explains its success as an exporting economy.

In arriving at productive interest rates, various governments should roll back their involvement in commercial ventures, drastically cut back borrowing from the banks, direct all energies to job creation policies, agriculture, industry and mining; priority should be given to pharmaceuticals and food processing, while imposing tariffs and levies to discourage unnecessary imports and encourage local production. Instead of distributing cash as palliatives, it should compel beneficiaries to open bank accounts. It has to solve the power sector crisis that hits the productive sectors hardest.

Airtel to place SIMs on receive only from Monday