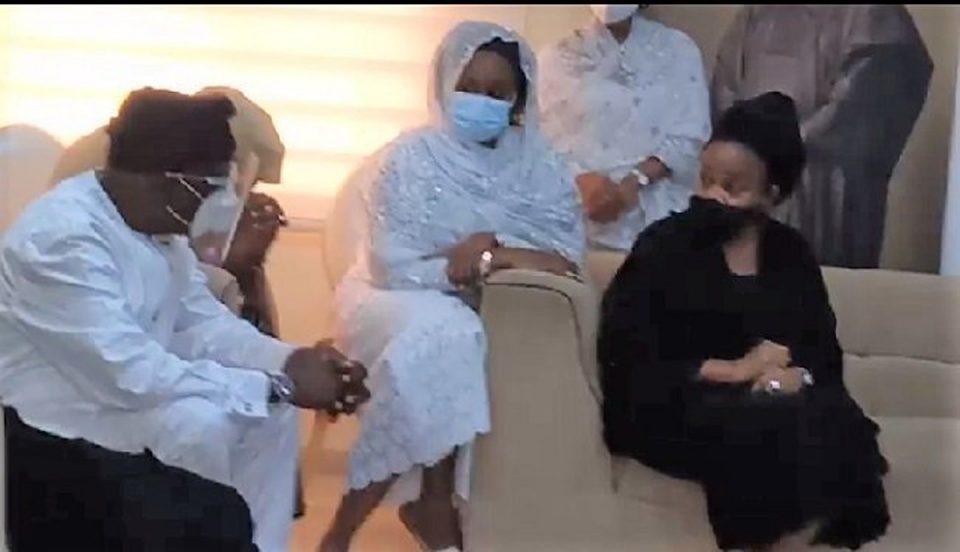 The  wife of the former Governor of Oyo State, Chief Mrs Florence Ajayi has said the Oyo State Governor, Engr Seyi Makinde did not call or paid her visit since the death of her husband last Thursday.

She said this just as Nigeria’s Governors’ Forum led by its Chairman, Dr. Kayode Fayemi, paid condolence visit to the family of the ex-governor.

The widow of the former governor who was buried amid tight security yesterday advised the governor to avoid playing politics with the death of her husband.

Mrs Ajimobi said, “I read in the newspapers a few days ago that the governor of Oyo state Engr. Seyi Makinde claimed to call me and I didn’t pick up, he never paid Ajimobi’s family a visit since my husband was admitted to hospital, neither has he sent anyone nor sent us a message”.

“I don’t have his contact and I have never spoken to him. Even if he called me and I didn’t pick up because of my mourning state, he could have sent me a message”.

“Ajimobi’s family is not competing with him in any way, we are all working for the growth, development, and progress of Oyo state, although our party might be different, we are working for the same goal.

“Do I need to send an official message to the governor to inform him about the death of my husband before he could send us a condolence message or pay us a condolence visit? It is not pleasant to hearings. What kind of politics are we playing?”

“As a former public Chief Servant, who had assiduously served this state, he deserved some honours and not show of shame when he had gone to rest. He never planned to go this soon, he could be anybody as no one knows the next moment.”

Speaking on behalf of the governors, Fayemi, sympathized and prayed with the family to Almighty Allah for the repose of the deceased soul.

The remains of the former governor were interred yesterday amid tight security.

The former acting national chairman of the All Progressive Congress was buried at his Oluyole residence at 10:05 am on Sunday.

Earlier, the family had informed the general public that the remains of the former governor would be taken to his Oke-Ado mosque and his Oja-Oba family house.

But the story was different when Vanguard correspondent noticed that some Islamic clerics who performed the burial in Islamic rite moved out of his house after the burial.

Few journalists were allowed near the graveside of the former governor so as to abide by COVID-19 protocols.

Late Ajimobi buried at his Oluyole residence in Ibadan

60,000 children below 5 years die of diarrhea every year in Nigeria – WaterAid