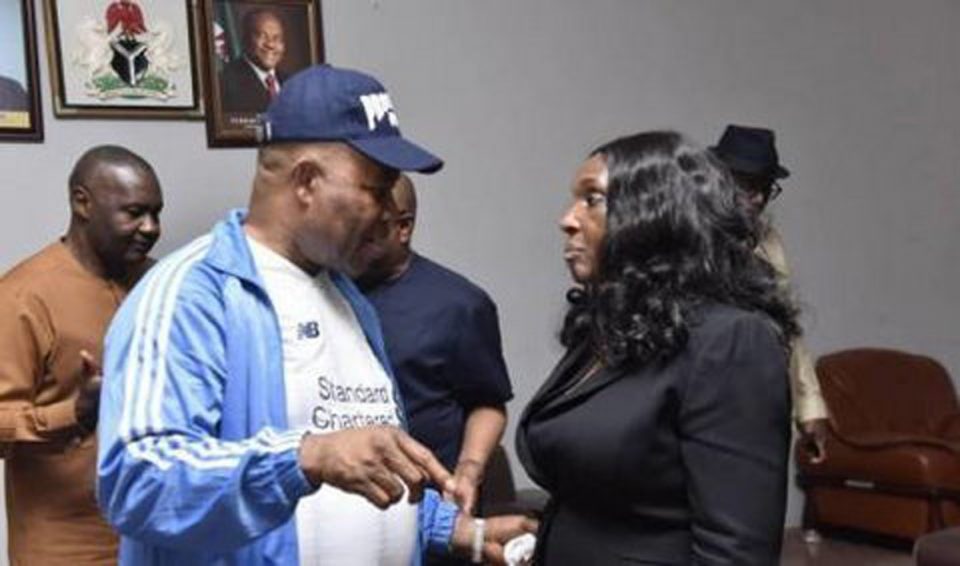 Joy Nunieh, a former acting managing di­rector of the Niger Delta Development Commission (NDDC), has said that she slapped God­swill Akpabio, minister of Niger Delta affairs, for at­tempting to harass her.

Speaking on Monda during an interview on Arise TV, she said the incident happened at the minister’s guest house in Abuja. She also stressed that her reaction to the harass­ment proved her intolerance for “nonsense” as a woman from Rivers State.

She said, “Why did Ak­pabio not tell Nigerians that I slapped him in his guest house at Apo? I am the only woman that slapped him. He thought he could come up on me. He tried to harass me sex­ually. I am an Ogoni woman and nobody jokes with us. I showed Akpabio that Rivers women do not tolerate non­sense.”

Nunieh also accused Ak­pabio of trying to inflate the NDDC budget. She said that the minister directed her to include some projects from the refugee commission in the budget of the NDDC.

“Akpabio wrote me to put a list of projects from the ref­ugee commission in the bud­get of NDDC; refugee com­mission is another Federal Government commission for Internally Displaced Persons (IDPs). How do you tell me to put some of their projects in the NDDC budget when we have so many things to do in the Niger Delta? How do you explain that?”

The former NDDC man­aging director and Akpabio made allegations against each other following the activities of the Senate ad hoc panel investigating the alleged mis­management of N40 billion by the Interim Management Committee (IMC) of the NDDC.

While denying the alle­gation, the former governor of Akwa Ibom State told the panel that he knew nothing about the expenditure of the NDDC under Nunieh because she refused to give him briefings.