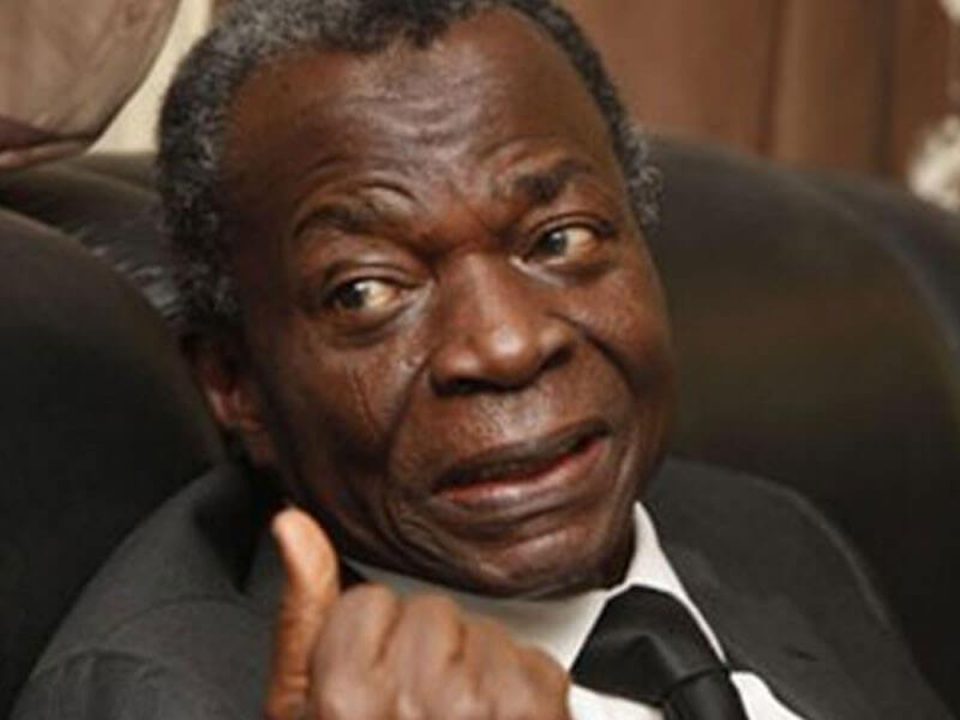 The suspended acting chairman of the Economic and Financial Crimes Commission, Ibrahim Magu, on Monday appeared before the Justice Ayo Salami-led presidential panel for the second week running.

Magu has been appearing before the panel sitting inside the old Banquet Hall of the Presidential Villa, Abuja, since last Monday when he was arrested.

He has since then been in police custody from where he is being moved to the venue of the sitting daily.

As of the time of filing this report, the suspended EFCC boss was still at the venue of the sitting.

Meanwhile, the Nigerian Financial Intelligence Unit has presented its investigative report on Magu to the panel.

It was gathered that the NFIU provided a comprehensive report on Magu’s alleged activities, including details of his relationships with some Bureau de change operators to the panel.

One of our correspondents learnt that the NFIU kept report of all concluded investigations on its servers or cloud storage system where the chances of tampering or theft were low.

Speaking on condition of anonymity, an official said, “Almost 100 per cent of our reports and information are on our servers; you cannot find any concluded reports on computers, they are on our servers or cloud storage system.”

The official dismissed reports that the attack on the agency’s annex office at Wuse, Abuja, might be related to the Magu’s case.

He said the ongoing internal investigation would reveal the culprits behind the burglary.

The source stated, “Apart from the so-called Magu investigation, we have bigger and sensitive investigations based on our mandate, so you cannot conclude that the burglary has to do with Magu, but as far as NFIU is concerned, all the information the panel required had been provided.”

The PUNCH gathered that policemen and private security guards protecting the facility had been taken into custody for questioning.

Meanwhile, Magu’s lawyer, Tosin Ojaomo, has disclosed that the bail application for his client was receiving attention from the Inspector-General of Police, Mohammed Adamu.

Providing an update on efforts to secure the release of the embattled commissioner of police on Monday, the lawyer said, “I’m hoping that he will be released this night (Monday).

Ojaomo disclosed plans to drag the Attorney General of the Federation, Abubakar Malami (SAN) to court for “illegally” selling forfeited vessels and crude oil, insisting that he had no authority to do so.

Our correspondent had reported how Malami granted two approvals to a firm facing criminal prosecution, Omoh-Jay Ltd., to dispose of five vessels, crude oil and diesel forfeited to the Federal Government, but the AGF defended his action, claiming he had the power to sell the forfeited property.

Ojaomo said he would file charges against the AGF for his illegal action, insisting that he had no immunity against prosecution.

In a related development, the General Overseer of Divine Hand of God Prophetic Ministries International, Abuja, Prophet Emmanuel Omale, has denied allegations that he bought a property in Dubai worth N573m on behalf of Magu.

Omale said this in a pre-litigation letter addressed to the News Agency of Nigeria on Monday.

In the letter which was signed by his lawyer, Chief Gordy Uche (SAN), the cleric said he indeed met Magu in Dubai earlier in the year but it was not for the purpose of purchasing a property.

He said the suspended EFCC boss had travelled to Dubai for medical reasons and he only prayed with him.

The letter reads in part, “Our client only visited Mr Ibrahim Magu in a hospital in Dubai, United Arab Emirates, sometime in March 2020.

“That our client never laundered any funds whatsoever for Mr Ibrahim Magu or for anybody whatsoever. Our client does not own any foreign bank account anywhere in the world.

[YOU MAY ALSO LIKE] EFCC: Time for a civilian head

He asked the Federal Government-owned news agency to retract the publication which had severely injured his “reputation, character and calling.”

The cleric asked NAN to restrain itself from further defamation of his character or a libel suit of N1bn would be instituted against the agency.

NAN had on Saturday posted that Magu was accused of buying a property in Dubai through Omale.