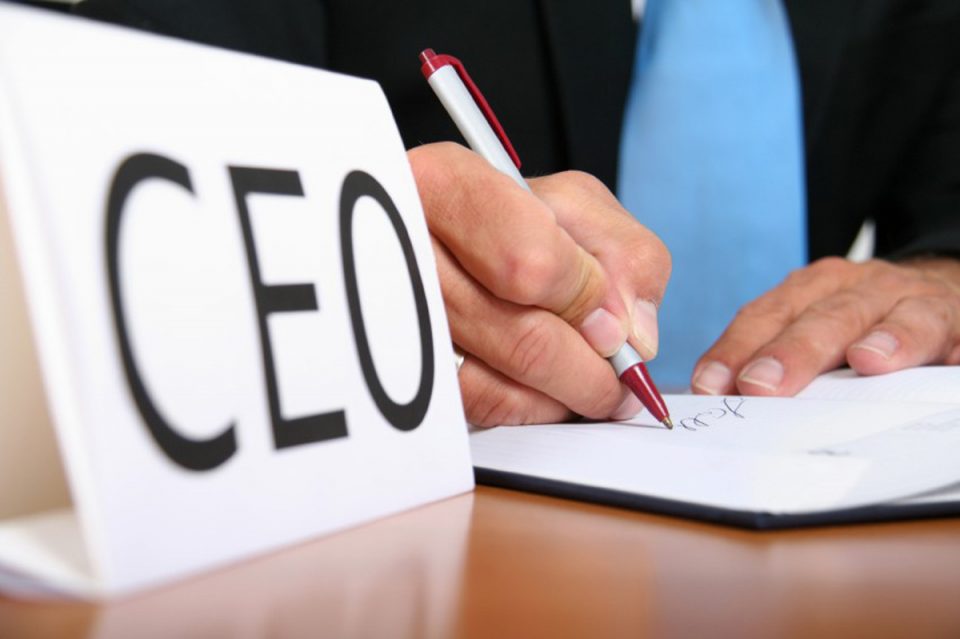 Chief Executive Officers (CEOs) of top 10 leading private sector organisations in Nigeria received a total of N3.478 billion ($8.918 million, at the I & E exchange rate of N390/$) as remunerations in 2019, data compiled from a report by Proshare Nigeria Limited, has shown.

The report, titled: “CEO Remuneration: Paying the CEO in a Pandemic, the Unanswered Questions,” which was obtained yesterday, showed that the top-earning CEOs are from diverse sectors of the economy.

It showed that at N585.94 million ($1.502million) per annum, the CEO of MTN Nigeria, Mr. Ferdinand Moolman, received the highest remuneration in the country in 2019.

He was closely followed by the Group CEO of Oando Plc, Mr. Adewale Tinubu, who earned a total of N568 million ($1.456million) per annum.

The outgoing CEO of Seplat Petroleum Development Company, Mr. Ojenekwu Avuru, who steps down today, after leading the company for 10 years, came third with a cumulative paycheck of N440 million ($1.128 million) per annum as remuneration.

The report listed the CEO of Guaranty Trust Bank (GTB) Plc, Mr. Segun Agbaje, with a total of N399.7 million ($1.025m) yearly earnings, as occupying the fourth position. He is also ranked as the highest-earning bank CEO in the country.

The Proshare report showed that the CEO of Unilever Nigeria Plc, Mr. Yaw Nsarkoh, who earned N302.52 million ($775,692), was placed on the fifth position, while Lafarge’s CEO, Mr. Michel Purchercos, with a total pay of N282.380 million ($724,051) was the sixth highest earning chief executive in the country.

However, the report did not include other benefits such as bonuses and allowances earned by the CEOs, which are a lot more.

The report also revealed the weakness of the Nigerian economy compared with their counterparts in some advanced and developing economies who manage smaller firms but earn much higher.

For instance, findings by THISDAY showed that the highest-paid CEO in South Africa in 2019 was Mr. Alan Clark of SABMiller, who was paid 122 million rands ($6.782 million) per annum, about $2.136 million less than what the entire top 10 highest-earning CEOs in Nigeria were paid.

A sectoral analysis of the CEOs’ compensation showed that the top three highest-paid executives in the banking sector in 2019 were Agbaje; Mr. Emeka Emuwa of Union Bank of Nigeria Plc and Mr. Yinka Sanni of Stanbic IBTC Holdings Plc.

According to the report, Emuwa earned N172 million as remuneration while Sanni’s was N155 million the same year.

“In contrast to previous years, the highest-paid executives’ remuneration in the banking sector was not closely knitted to the profit generated in the year. The only exemption was GTBank, which recorded the second-highest profit before tax of N243billion in 2019 and consequently paid its director the highest remuneration in the sector.

“It is expected that the higher the profit a bank generates, the higher the remuneration that accrues to its executive directors. But this narrative has been incorrect for the banking sector in 2019. Stanbic IBTC Bank and Union Bank, which recorded a relatively lower profit before tax of N90.93 billion and N24.84 billion respectively in 2019, climbed up the ladder of the highest-paid executives in the sector,” the report stated.

For the oil and gas sector, it noted that even though financial result for the year ended 2019 was yet to be released for most firms in the sector, as at the time the report was compiled, financial results for 2018 was used instead with Tinubu as the highest-earning CEO.

“Information on Ardova Plc (formerly Forte Oil Plc) CEO’s pay could not be ascertained as at the time this report was written. Therefore, the next in line was Mr. Imrane Barry of Total Nigeria Plc. Barry was the third-highest-pay earner in the industry with an annual remuneration of N163.42 million. Barry’s earning was 5.43 per cent higher than the third highest-paid bank CEO in Nigeria, which was Stanbic IBTC’s Yinka Sanni. In comparison with the banking sector, the oil sector still stands as a better rewarding sector,” it stated.

For the ICT sector, Moolman led the highest earners’ chart. James Agada of CWG Plc came in second place as the highest-earning CEO in the ICT sector. Agada’s annual remuneration was N47.2 million in 2019, which was 1,141.39 per cent lower than the remuneration earned by Moolman, it explained.

On the other hand, UACN Plc’s CEO, Mr. Abdul Bello, earned the highest among the listed conglomerates on Nigeria Stock Exchange, the Proshare report stated.

Bello’s annual remuneration in 2019 was N127.6 million, a significant rise of 212.36 per cent from his last year’s annual earnings.

According to the report, Mr. Adim Jibunoh lost his top spot to end second place as the highest-earning CEO among conglomerates listed on NSE in 2019. His annual remuneration, which was unchanged from 2018, was N100.21 million.

However, the report said CEOs in the healthcare sector recorded the second-lowest pay amongst the various categories of sectors listed on the NSE. The highest-paid executive in the sector was Fidson Healthcare Plc CEO, Mr. Fidelis Ayebae, who earned an annual remuneration of N40 million.

His annual remuneration grew significantly by 14.28 per cent in 2019.

“There was a change in management in Livestock Feeds Plc. Mr. Solomon Aigbavboa resigned on 31st July 2019. While Mr. Adegboyega Adedeji assumed office as the new CEO on August 1st, 2019. Adedeji received an annual remuneration of N10.03 million, which was 15.15 per cent lower than the annual earnings of Hefer, CEO of Okomu Oil Palm.

“Dr. Lars Richter, the managing director of Julius Berger, was the highest-earning CEO in the construction and real estate sector. He received an annual remuneration of N217.07 million. Richter’s pay was 32 per cent lower than his predecessor’s pay.

“There is a large variability among executive pay in the construction sector. The variability is largely attributed to differences in the size of the companies, assets, turnover, profit, etc. Ms. Folasope Aiyesimoju, managing director of UAC Property Development, received an annual remuneration of N19.62 million in 2019.

“Mr. Jordi Borrut Bel, CEO of Nigerian Breweries Plc, was the third highest-paid CEO in the consumer goods sector. His earnings rose significantly from N190 million in 2018 to N271 million in 2019, an increase of 42 per cent.

Proshare stated that the emergence of the COVID-19 pandemic gave credence to the necessity to study the trends of executive remunerations in Nigeria and how CEO remuneration was likely going to be impacted.

The firm anticipated that the pandemic would affect the revenues of firms listed on the NSE and hence eat deep into CEOs’ remuneration of top firms in Nigeria.

“Unlike in the previous year, where a majority of the top firm CEOs saw a rise in their annual remuneration, it is expected that these top firms will adjust pays from the top executives to the bottom staff to meet up with current realities of the economy.