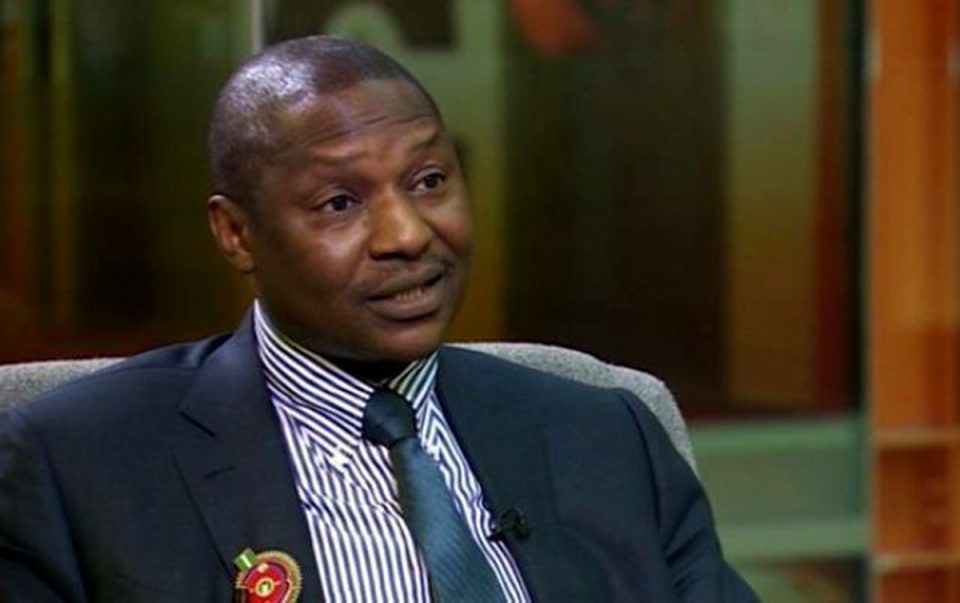 ***Says contentious clause would be resolved

The Attorney General of the Federation and Minister of Justice, Mr. Abubakar Malami, has allayed concerns over the signing of loan agreements with a clause that waives the sovereign immunity of the country if it defaults in its repayment plan, saying President Muhammadu Buhari will at all times act in the national interest.

The House of Representatives last week summoned the Minister of Transportation, Hon. Rotimi Amaechi; Minister of Finance, Budget and National Planning, Mrs. Zainab Ahmed and Minister of Communications and Digital Economy, Alhaji Isa Pantami, over a loan agreement with China, which contained the waiver clause.

Article 8(1) of the commercial loan agreement signed between Nigeria and Export-Import Bank of China, according to the House of Representatives, concedes Nigeria’s sovereignty to China.

The provocative clause in the agreement, reportedly signed by Federal Ministry of Finance (borrower) on behalf of Nigeria and the Export-Import Bank of China (lender) on September 5, 2018, provides that “the borrower hereby irrevocably waives any immunity on the grounds of a sovereign or otherwise for itself or its property in connection with any arbitration proceeding pursuant to Article 8(5), thereof with the enforcement of any arbitral award pursuant thereto, except for the military assets and diplomatic assets.”

However, responding to THISDAY inquiry yesterday, Malami, said there was nothing to worry about on the matter, saying the federal government will always act in the best interest of the country.

The minister added that in addition to ‘’being people-oriented administration,” the federal government is committed to the rule of law, including respect to the international conventions and extant laws in its dogged determination to guard Nigeria’s sovereignty and its territorial independence and integrity in improving the welfare of Nigerians.

‘’As you might be aware, relevant ministries and agencies will make presentations and receive inputs at National Assembly sessions in order to deliberate on the matter.

‘’Contentious issues will not only be addressed, but other implications will be analysed with a view to making informed decisions in the best interest of the country and for the betterment of Nigerians,’’ he stated.

Anxieties mounted at the weekend when the National Assembly summoned the ministers to appear before it on August 17 to explain their action.

Some critics, including Atiku, had agreed with the legislators at the weekend that the clause was capable of mortgaging the sovereignty of Nigeria, saying it exposes Nigeria to the fate of Zambia, which signed a similar loan agreement with China and has now lost some of its national assets to the Asian country on default of repayment.

THISDAY had reported that China in 2018 had taken over Zambia National Broadcasting Corporation (ZNBC) over loan default and had commenced talks with the Zambian government to take control of Zambia’s national electricity company, ZESCO, and the Kenneth Kaunda International Airport, Lusaka, owing to the inability of Zambia to meet its loan repayment promises to the Asian country.

According to data from the China Africa Research Initiative (CARI) at Johns Hopkins University, Zambia had accumulated loans from China totalling almost $6.4 billion as of December 2017.

To avoid that experience, some senior lawyers have called on the National Assembly to compel the president to submit to both chambers all agreements signed with China to enable experts to vet them, saying the contract might not have been signed with the input of experts.

However, Amaechi had warned that the Chinese authorities might not sign the $5.3 billion Ibadan-Kano rail line loan if the lawmakers continued to investigate the agreement.

He had also explained that the clause ‘waiving sovereignty’ in the loan agreement between Nigeria and China was only a contract term, a sovereign guarantee that assures payback according to the terms and conditions of any loan.