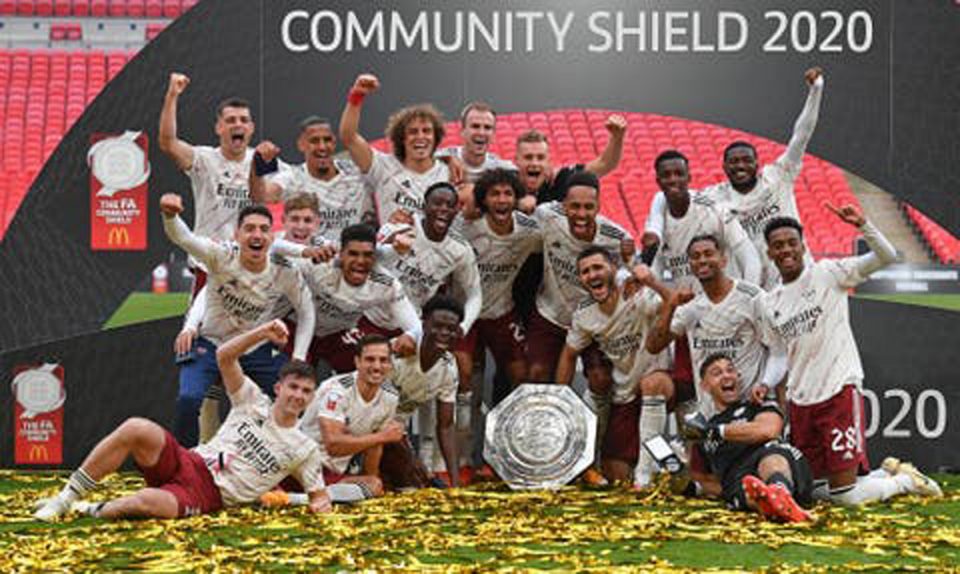 Pierre-Emerick Aubameyang scored a superb goal and netted the winning penalty in a shootout as Arsenal beat Premier League champions, Liverpool, in the Community Shield at an empty Wembley Stadium.

His curling strike gave FA Cup winners Arsenal the lead in the first half before Liverpool substitute Takumi Minamino equalised after the break.

Minamino’s flicked pass to Mohamed Salah bounced back kindly for him to slot home from close range.

There was a quick VAR check for handball by Salah but the replay showed no clear contact.

It is the second year in a row Liverpool have lost on penalties after Manchester City’s victory in 2019.

Aubameyang’s importance to Arsenal was once again shown in another impressive performance.

The Gabon international, who scored twice in the FA Cup final at the same stadium this month, cut inside from the left and whipped the ball into the far corner in emphatic style to open the scoring.

And when Aubameyang stepped up to take the final penalty, with the score 4-4 in the shootout, there was no way he was going to miss.

He has netted 71 goals in 110 Arsenal appearances and no Gunners player has scored more than his five goals at the venue.

Arsenal boss Mikel Arteta said on Friday he was “pretty confident” the skipper will sign a new contract after a long, painful wait for supporters.

After lifting their second piece of silverware in a month, it would cap off a very pleasing summer for Arsenal if Aubameyang does eventually put pen to paper.