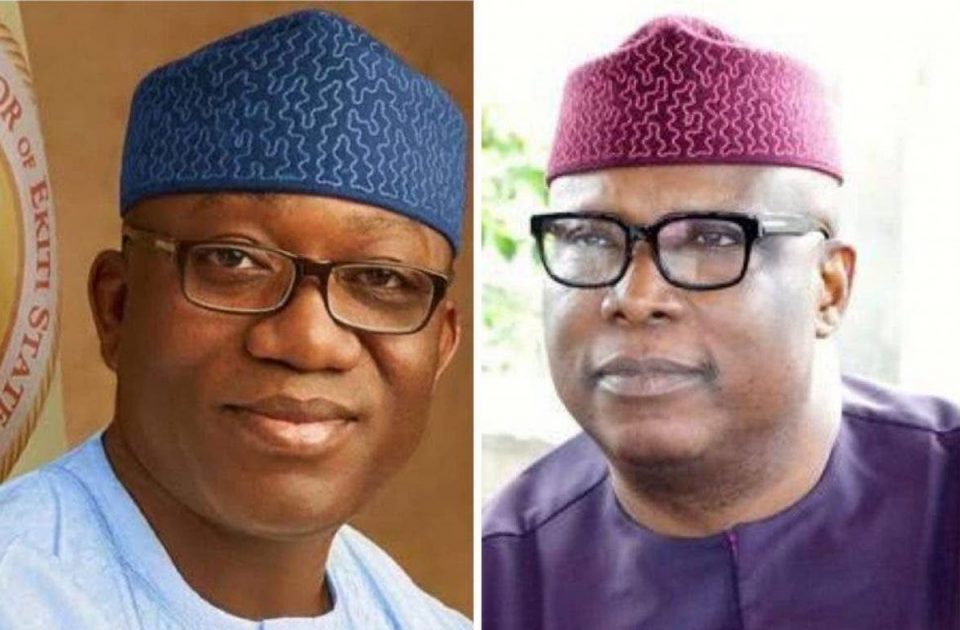 The crisis rocking the Ekiti All Progressives Congress (APC), on Friday took another dimension as a group loyal to Sen. Babafemi Ojudu says it has suspended Gov. Kayode Fayemi from the party over alleged ‘anti-party’ activities.

Also suspended according to the group, is the State APC Executive led by its Chairman, Paul Omotoso, for being allegedly brought into office by Fayemi via illegal means.

This is coming barely 24 hours after the state exco had suspended indefinitely Ojudu and 10 other party members for allegedly defying the APC’s National Executive Council directive to withdraw all pending court cases.

The suspension of Fayemi and the state APC exco was communicated in a statement titled, “Gov. Kayode Fayemi and his Anti-party Activities’ made available to newsmen in Ado-Ekiti on Friday.

The factional group, however, elected a former National Assembly member, Sen. Tony Adeniyi, as the Acting Chairman of the SEC pending when a validly-elected body would be put in place.

“Fayemi manipulated the congress that brought Omotoso and members of the State Working Committee into their respective offices.

“Dr Kayode Fayemi, the Governor of Ekiti is hereby suspended from the Party in view of his numerous anti-Party activities especially his role in the recently concluded governorship election in Edo which is contrary to the provisions of Article 21 (A) (ii) of the APC Constitution.

“Five days prior to the Edo elections Fayemi hosted Mr Femi Fani-Kayode in the government house in Ado-Ekiti. It was there they perfected the coup against our party in Edo State.

“That the Paul Omotosho-led faction of APC Executive in the State is hereby declared illegal and suspended from the Party for failure to emerge in accordance with the Constitution of the Party.”