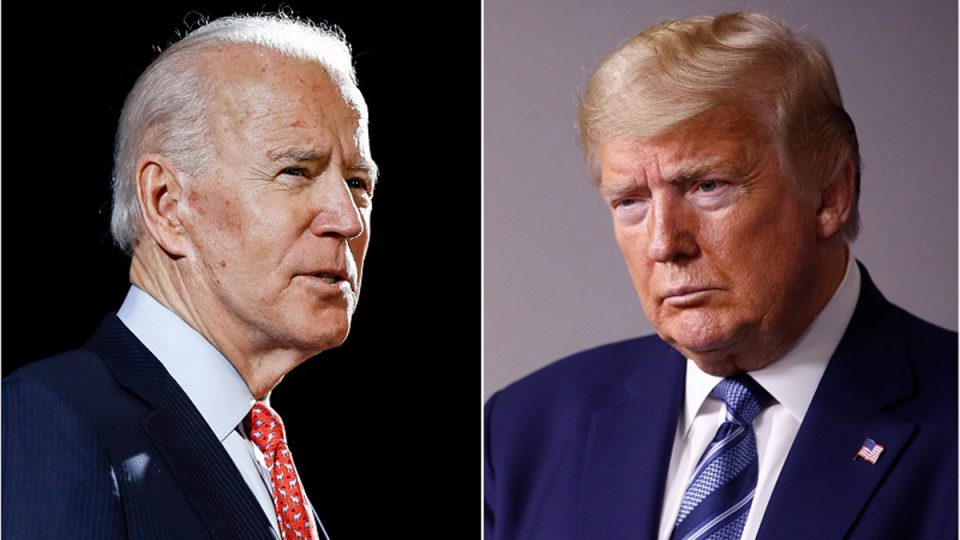 Dr Bradley Jones, a research associate at the Pew Research Centre says only seven per cent of Republicans and Democrats in the U.S. have changed their partisan identification since 2018.

Jones, who primarily works on U.S. public opinion on politics, said this while briefing newsmen from across the globe selected by the U.S. Department of State – Bureau of Global Public Affairs to cover the 2020 U.S. election.

Speaking at a webinar, Jones said 88 per cent of Republicans and Democrats retained their party identity in spite of the COVID-19 pandemic and the impeachment saga in the country.

In his presentation, Jones said that the data was generated by Pew Research Centre via telephone surveys conducted five different times between September 2018 and July 2020.

“So, what we are looking at here is among those people who in September 2018 told us they were Republicans in the top plot and Democrats in the bottom plot.

“How did those answers change over time? Because, partisan identification is an identity.

“It is something that people can change and do change, but not that much and if you know this period 2018 – 2020 is an extraordinarily tumultuous time in American politics, as I am sure everybody is aware that President Trump was impeached.

“Then there was the pandemic at the latter part of this period, just a very acrimonious time in American politics.

“But we can see that the overwhelming share of people who identified with or lean toward one of the parties in September 2018, continue to identify with that same party in July 2020.

“They told us they either did not associate with either party or lean toward the other party, but then had returned.

“So overall, we have 88 per cent of both party coalitions kind of sticking with their party from the beginning to the end and then we have a much smaller share who have actually changed parties.

“And so this is another important thing to keep in mind in American politics.

“It is that a lot of these attitudes are very strongly entrenched and we have seen a lot of different things happen during this period but not actually that much change in terms of people’s identities,’’ he said.

Jones said that the little bit of change seen was as a result of the long-term trends associated with the American society.