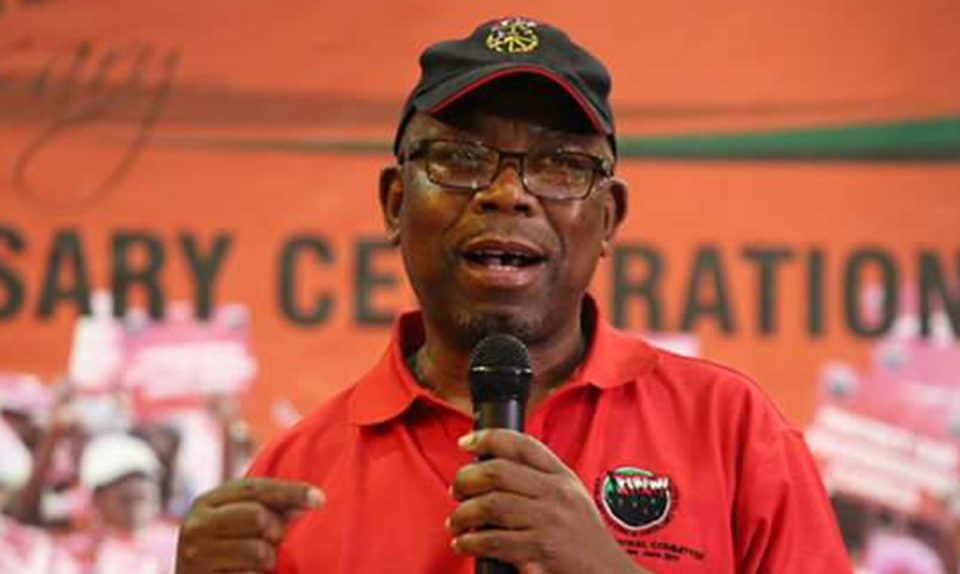 The Congress of South African Trade Unions (Cosatu) on Monday called on all workers to stay away from work on Wednesday in protest against deteriorating economy and corruption.

“We are making a louder call for decisive state intervention in strategic sectors of the economy, the use of a variety of macroeconomic and other levers at the state’s disposal to deliberately drive industrialization, sustainable development, decent employment.’’

Ntshalintshali called on the government to urgently fix non-performing state-owned enterprises and urged the central bank to put in place measures to stop illegal capital flight.

The union scribe said social distancing would be observed to prevent the spread of COVID-19 during the strike.

“We need to take a stand and push back against this flagrant theft of taxpayer funds.

“The only way to undo this corrupt system is through disruption and non-cooperation and obstruction.’’

South Africa’s state-owned enterprises have been making losses for years due to alleged corruption and mismanagement.

According to the South African Reserve Bank, the central bank, the economy would fall by over 7 per cent because of COVID-19 and other factors.