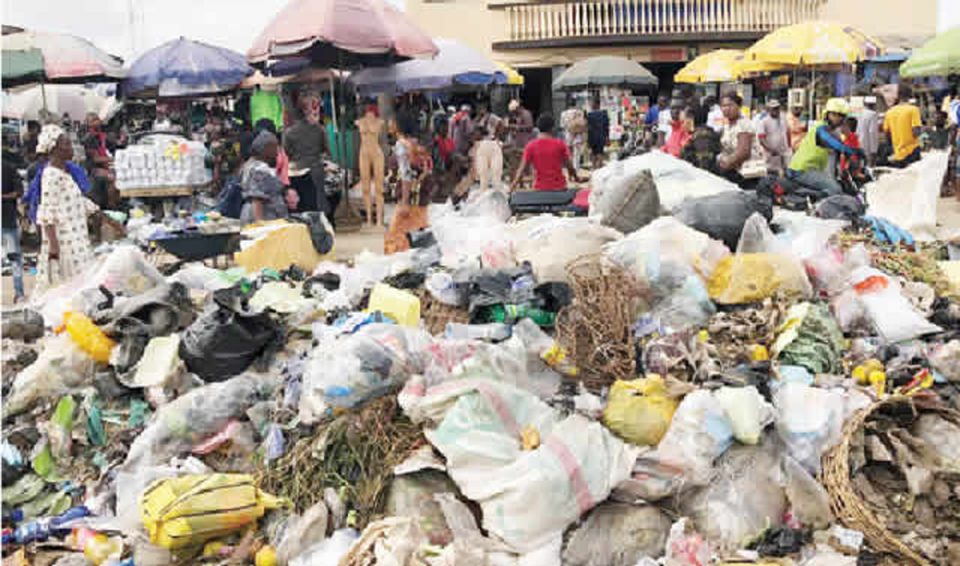 Major streets in Akure, the Ondo State capital, have been defaced by heaps of refuse following the commencement of a strike by waste collectors over an alleged N130m debt owed by the state government.

It was gathered that the private companies handling waste disposal and management stopped operations pending payment of the money.

When our correspondent went round the town, it was observed that some areas in Akure, including Isikan, Oba Adesida, Oyemekun, Arakale and Old Garage were littered with refuse as residents dumped their waste indiscriminately on the roads.

It was also learnt that the refuse collectors withdrew their services three weeks ago.

A source in the state Ministry of Environment confirmed the debt owed by the state government to our correspondent.

The source said, “The government owes the refuse collection firms N130m. Some of them have not been paid since March 2020. Those that did the fumigation of secondary schools since August 2020 have also not been paid including many others.’’

Some residents of the state expressed fears over the ugly development, urging Governor Rotimi Akeredolu to be proactive on the matter to avert an outbreak of diseases in the state capital.

A trader, Mrs Rachael Ikechuchukwu, said, “I am tired of this problem. Every morning, I find refuse in front of my shop. I don’t know those responsible. We are calling on the government to find a solution to this problem. This is irritating.”

Another resident, Mr Femi Akinwe, expressed worry that the non-collection of waste could lead to an outbreak of cholera.

But the Commissioner for Environment, Mr Funso Esan, said the matter would soon be resolved.

Esan said, “By Monday (tomorrow), we will start clearing it. The company clearing it is short of funds because we have some outstanding (payments) which we are trying to clear. By Monday, we will be back to work.”

Ogboni leader offers to appease gods with rituals over coronavirus

Police arrest 150 suspected cultists, kidnappers in one year in Epe