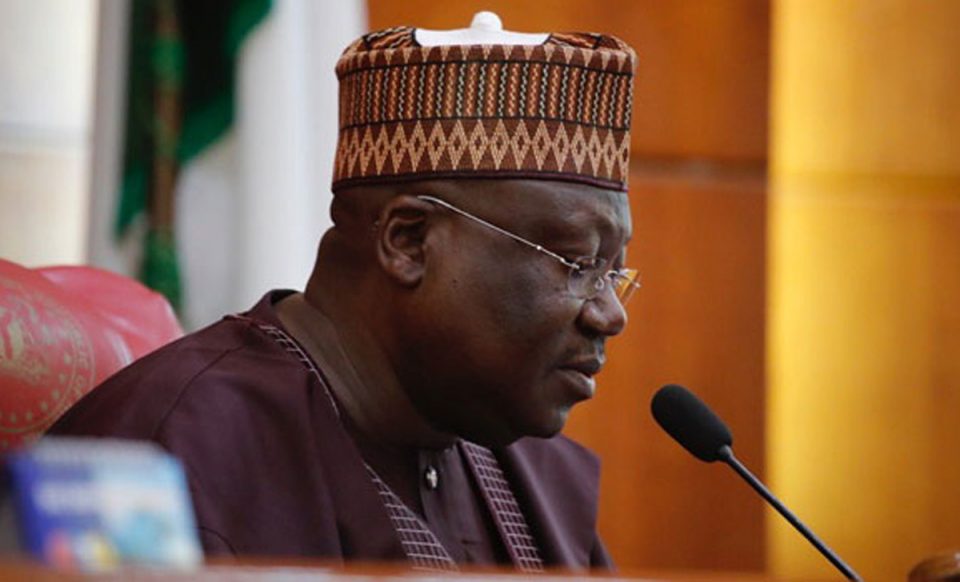 More than a month after #EndSARS protests rocked many parts of the country, President of the Senate, Ahmad Lawan, has predicted a second wave of civil unrest.

Lawan, who said the country was yet to fully recover from the first one that lasted for two weeks  before it was hijacked by hoodlums, warned that if issue of youth unemployment was not factored into the 2021 budget and meaningful changes made, there could be trouble in the days and months ahead.

The Senate President gave the warning, yesterday, as he declared open the 2021 budget defence for the Ministry of Agriculture.

Recounting the #EndSARS protests across the country, Lawan said while some youths  genuinely expressed their anger and successfully gained government’s attention, there were a good number of them who may not have had the opportunity to vent their anger in the rural areas, saying  that there was urgent need to meet the needs of this class of youths.

Lawan said the country should be more practical with budgetary allocations to the Ministry of Agriculture to allow it create jobs for majority of unemployed youths.

“So our budget, especially for 2021 should be mindful of what we do to provide employment opportunities for these youths. They protested because they could do so, there are so many other people who may not be youthful, but also have the same need and they didn’t protest. Let’s meet them where they are. We don’t have to wait until they also start to grumble or protest.

“We should be proactive, most of  them are in rural areas, we should reach them and give them what we can and what they need within the purview of our resources. Keep them there to lead a productive life. That is the only way we can make a difference in the lives of the people. For us, elected people, we are going to be accountable. If we escape this one, the other one is inescapable and I am sure people will know what I am saying.”

Lawan advised government to take the agriculture sector more seriously in its effort to diversify the economy, stressing that the sector had  enough potential to finance the national budget.

He said the oil sector could provide only few white collar jobs, but agriculture had the capacity to provide more jobs for citizens if properly handled and with support from the private sector.

“We need to be practical. Other countries have made it through this sector. Anytime we talk about diversification, the first thing we mention is agriculture. This sector can give everybody a job and give us the opportunity for a better life,” he said.

Chairman, Senate Committee on Agriculture, Abdullahi Adamu, said the N139 billion budgeted for the sector was  abysmally low. He called on government to come up with policies that would stimulate agricultural  revolution.

“I enjoin you to build long lasting structure that will ensure we grow what we eat and we eat what we grow,” he said.

Meanwhile, the last has not been heard about the EndSARS protest as the pan-Arewa socio-political organisation, Coalition of Northern Group (CNG), has petitioned the United Nations (UN), United Kingdom (UK) and United States, stating that the civil unrest was geared towards destabilising the country.

Addressing newsmen yesterday, in Abuja, CNG spokesperson, Suleiman Abdulazeez, also accused leader of the Indigenous People of Biafra (IPOB), Nnamdi Kanu of escalating the protest by allegedly instigating the burning and destruction of property belonging to some perceived foes.

Abdulazeez appealed to the international community to hold those who fueled the protest responsible by imposing “necessary international sanctions” to serve as a deterrent to others.

“We demand the United Nations to pronounce the #EndSARS protests as a violent insurrection against the Nigerian state and to hold all persons, groups or governments that insists on justifying them responsible by imposing necessary international sanctions on them.

“The UN should urgently proscribe the activities of IPOB all around the world and appropriately label it a terrorist organisation.

“We are also profoundly agitated that the global community continues to give a safe haven to IPOB leader, Nnamdi Kanu, who again and again has called for war and genocide and whose propaganda, campaign and directives instigated the Nigeria’s national security assets, killing of people of other regions, looting public and private properties and violation of other Nigerians’ dignity and rights during these protest.

“We submit, therefore, that IPOB by its violent utterances and action against Nigeria and other Nigerian tribes in pursuit of political aims and targeting people based on their ethnicity and religion in ways that are clearly prohibited by relevant Nigerian legislations and international laws, adequately qualifies as a terror outfit.

“We also call on the UN to support the Nigerian state’s recent application of the constitutional tools and other lawful and internationally practiced methods of quelling violent protests that portend total breakdown of law and order.”

Another group, Coalition of Concerned Patriots for Peace and Development (COCOPED) has also petitioned the United Nations (UN), the UK, Germany, France and Canada over the continuous protest by an activist, Omoyele Sowore, under the guise of #EndSARS, even when the Federal Government had promised to meet the five demands.

The group said the continuous agitation could truncate the fragile peace in the country, and appealed to the international community to deny him asylum if the protest gets messier.

It read in part: “We trust that the Nigerian Government will activate the relevant laws within its disposal, to rein in this man, whose “dog-in-the-manger” tendency must not be allowed accommodation.

“The Constitution of the Federal Republic of Nigeria 1999 (as amended) only favours change of government through the instrumentality of the ballot – an exercise that comes after a period of four years.

“We advise politicians, whose quest for power was not successful, to wait and test their popularity in the next round of elections, rather than seek to instigate unrest, to satisfy their selfish ends, and those of their pay-masters.”

Ogboni leader offers to appease gods with rituals over coronavirus

“We did not revoke any refinery licence”, says DPR