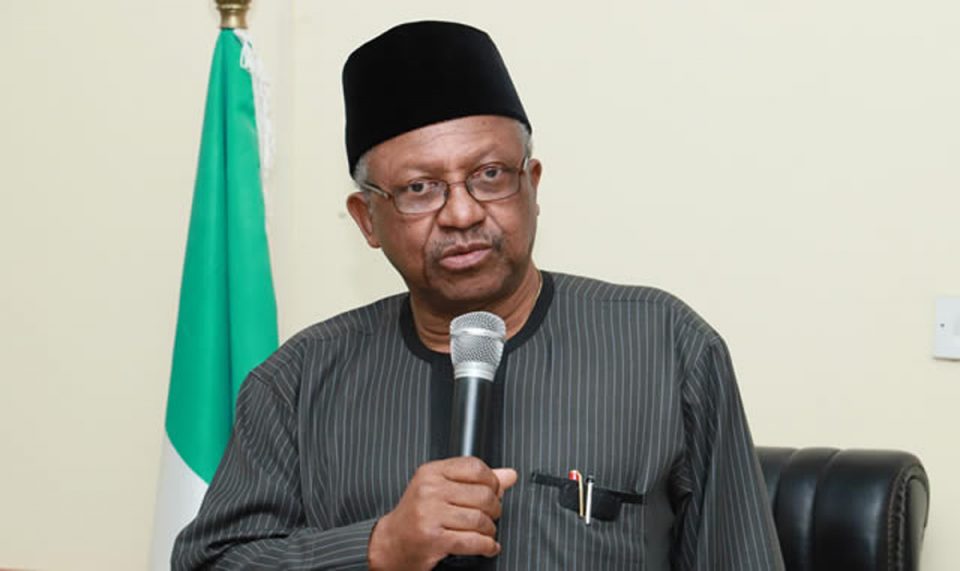 The COVID-19 pandemic seems to be taking a dangerous turn in the Federal Capital Territory, Abuja going by a shortage of oxygen and bed spaces for critical cases, Sunday PUNCH has learnt.

It was further learnt that eight months after the COVID-19 pandemic hit Abuja, the Federal Government had failed to inaugurate the only Infectious Disease Hospital located at the University of Abuja Teaching Hospital, Gwagwalada, despite repeated promises from the Minister of Health, Dr Osagie Ehanire.

The Senate President, Ahmad Lawan, had in March, 2020 lamented that the permanent site being constructed by the UATH had yet to be completed, as he also decried the slow pace of work.

Meanwhile, following the completion of the project, it has remained shut because it has not been fully equipped.

As a result, doctors have continued to improvise, using the Accident and Emergency Ward at the University of Abuja Teaching Hospital, Gwagwalada, to treat severe COVID-19 cases.

Doctors who spoke to Sunday PUNCH decried that the improvised isolation centre located at the University of Abuja Teaching Hospital, Gwagwalada, was currently having a shortage of bed space and oxygen.

One of the doctors said there were enough beds in other isolation centres treating mild cases but this was completely different for critical cases.

A doctor, who wished to remain anonymous, said, “We have excess bed spaces for mild, asymptomatic to moderate cases. We have enough room at the Dome for now and the Idu isolation centre can be easily put together since it is not a hospital but was purpose-built for COVID-19 and the beds are still there. All we need to do is just to clean up and decontaminate the place.

“Even if they discharge five, another six will come in. It is full to the brim and overcrowded. It is supposed to be a 26-bed space but now they operate between 30 and 34 daily and almost half of them are on permanent oxygen. This is an impending disaster.”

The doctor noted that a member of the Presidential Advisory Committee Against Corruption, Prof Femi Odekunle, died almost 10 days ago due to shortage of oxygen.

He added that other persons risk dying if an urgent solution was not found.

The doctor added, “At Gwagwalada, the oxygen generator donated by the Nigerian National Petroleum Corporation can generate only four cylinders of oxygen a day. Do you know the daily consumption of Gwagwalada? It’s 20 cylinders a day. There was a time the Nigerian Air Force said they could get us oxygen from Yola which they would fly in.

“We gave them a request of 200 cylinders but they could only bring 100 cylinders. So, those 100 cylinders is just the supply for five days. Prof Odekunle died after his oxygen finished. He died when we were trying to change his oxygen.”

The doctor also explained that doctors in the hospital had not been paid the allowances they were promised, adding that the government had also failed to insure them.

“The doctors and nurses are overwhelmed in Gwagwalada. There are only eight doctors and nine nurses in a place where one health worker is not meant to be there for more than six hours at a time,” he said.

bring 100 cylinders. So, those 100 cylinders is just the supply for five days. Prof Odekunle died after his oxygen finished. He died when we were trying to change his oxygen.”

The doctor also explained that doctors in the hospital had not been paid the allowances they were promised, adding that the government had also failed to insure them.

“The doctors and nurses are overwhelmed in Gwagwalada. There are only eight doctors and nine nurses in a place where one health worker is not meant to be there for more than six hours at a time,” he said.

Another doctor told Sunday PUNCH that the situation at the National Hospital was also not good as the hospital had reduced its isolation centre from a 25-bed capacity to five.

He said the doctors were upset that the government had refused to pay them, adding that the COVID-19 operations at the hospital were affecting other medical services.

The doctor stated, “We had an isolation ward before COVID-19 but when there was a spike in infections last year, we increased it to 25 beds and had to close down four wards in the process. We closed down the Emergency Paediatric Unit, Female Medical Ward, Male Medical Ward and Inpatient Paediatric Ward upstairs.

“The government failed to pay the doctors the special allowances promised. After COVID-19 infection rate dropped late last year, we reverted to the normal five beds. The government should focus on other isolation centres because COVID-19 operations are affecting us here.”

Abuja currently has the second highest burden of COVID-19 in the country, with 13,071 cases as of Thursday, second only to Lagos, which had 34,136 cases.

The spokesperson for the National Hospital, Dr Tayo Haastrup, could not be reached for comment as he was said to be on vacation.

The Chairman, Medical Sub-Committee of the COVID-19 Ministerial Expert Advisory Committee in Abuja, Dr Ejike Oji, said it was true that Abuja was facing a shortage of bed spaces for critical COVID-19 patients.

Oji said the pressure would reduce once the infectious disease hospital was inaugurated. He praised the doctors at UATH Gwagwalada for how they had been able to manage the pressure so far, adding that the CMD had done well despite shortage of funds.

The chairman called on the National Hospital to revert to the old arrangement of at least 25 beds to meet the rising demand.

Oji added, “The National Hospital has reverted to a five-bed space from 20. I hope they take it back to how it was. At the moment, Gwagwalada is the only one with the capacity to handle critical cases but they are overwhelmed. As we speak, we have about 34 patients in the place even though its capacity should not exceed 28.

“Hopefully, if the Infectious Disease Hospital is quickly inaugurated, it will reduce the pressure on the isolation centre we have now.”

He also called on residents of the FCT to continue to adhere to the COVID-19 guidelines as it was the best way to reduce the infection rate.

The National Coordinator, Presidential Task Force on COVID-19, Dr Sani Aliyu, said he could not comment on the matter because the mandate of the task force was national and not local.

He directed our correspondent to the Chief Medical Director of the UATH Gwagwalada for comment.

Meanwhile, the CMD of UATH, Prof Bissallah Ekele, told Sunday PUNCH that oxygen supply was no longer a problem due to a recent intervention by the PTF on COVID-19.

Ekele noted that there was a need for other isolation centres to expand while more doctors were needed.

He stated, “The ID Complex that was being built was originally for Lassa fever which was what we were tackling at the time but COVID-19 requires oxygen pipes in all the rooms, otherwise if you bring a patient there, it will cause more problems. So, oxygen pipes are being installed and there is a theatre there that will allow persons with COVID-19 to have surgery. Within two weeks it will be opened.

“Beyond room space, even the workers are overwhelmed. Not everybody can work in an isolation centre. Many of them have been working in the centre since March so other centres will need to create more bed spaces otherwise that alone will not take care of the entire FCT.

“As regards oxygen, the PTF on COVID-19 led by Dr Sani Aliyu has done a marvellous job for us and has responded to our cries. We now have enough cylinders.

“We consume 40 to 50 cylinders a day now because it is patients with severe cases that are sent to us. A steel manufacturing company that is part of CACOVID gives us 50 cylinders every day to supplement what we have. It has improved our work in the last 10 days.”

ASUU mobilizes members for strike over IPPIS, others