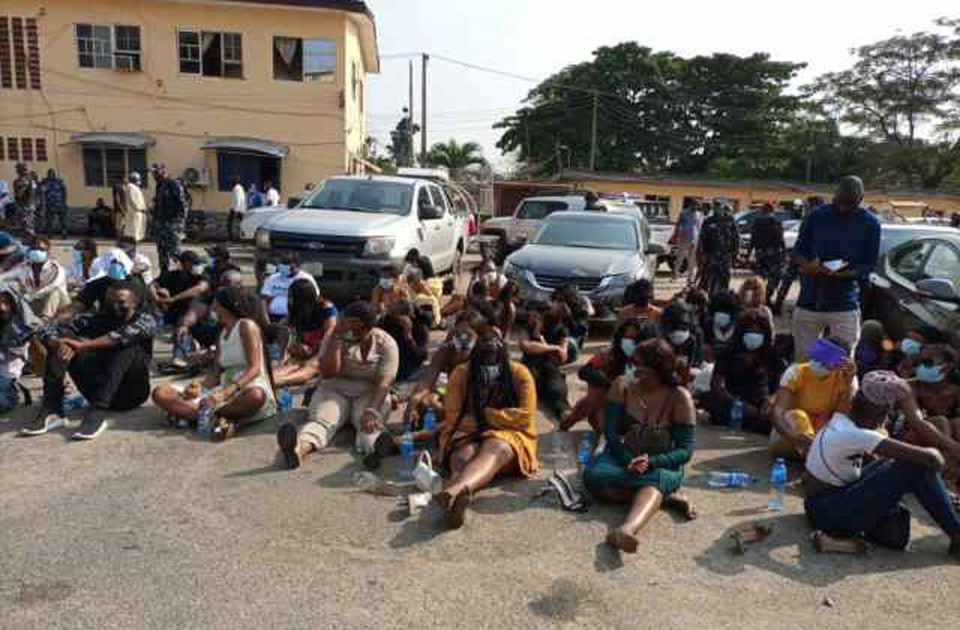 No fewer than 243 persons have been arrested by men of the Lagos State Police Command for allegedly violating the COVID-19 protocols in the state on Saturday.

The raid was said to have been led by the state Commissioner of Police, Hakeem Odumosu, who also arrested six other persons for violating the curfew imposed on the state by the Federal Government

While parading the suspects at the command’s headquarters in Ikeja, Odumosu said violation of the COVID-19 protocols had serious implications for other residents, adding that the 243 violators arrested had been charged to court.

He said, “Generally, it has been observed that many Lagosians disregard the COVID-19 protocols and this has been so worrisome. In continuation of the commitment of the command to enforce the COVID-19 protocols, on Friday, January 8, 2021, during a night operation coordinated by the CP, the Command pounced on some deviant night clubs where 237 violators were arrested.

“In total, 243 violators were arrested and are being paraded today.”

He stressed that the command was committed to the total enforcement of the protocols, adding that the police, with the support of other security agencies, would arrest anyone who violates the protocols.

The CP said, “Club owners in the state are hereby strictly warned to comply with the state government’s directive of immediate and total closure of clubs. Violators will not only be prosecuted, we may have to recommend to the state government that their Certificate of Occupancy be confiscated.”

He said it had been observed that most club houses were neither built for that purpose nor approved to be used as club houses by the government. He called on Lagos residents to support the government in containing the spread of the virus.