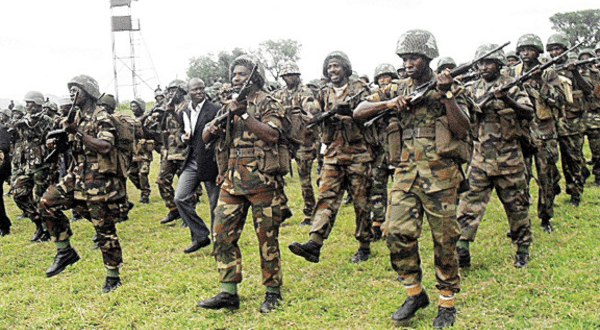 In recent weeks, the Nigerian state has been witnessing bloody skirmishes arising from boundary disputes. These boundary clashes are worsening the internal security challenges facing the country by the day. For instance, as many as 16 people were reportedly killed, with six others missing in Usaka Ukwu, Azunchai, Ekpu, Alzaka and Ariam Elu Elu in Ikwuano council area of Abia State, and among their Nkani and Obot Akara neighbours in Ini and Obot Akara areas of Akwa Ibom State. A total of 90 people have been reportedly killed in boundary clashes across the country. Anambra, Benue, Plateau Taraba, Cross River and Akwa Ibom states are all flashpoints.
We recall with indignation the recent boundary conflict between Ilobu and Erin communities in Osun State, communities that ordinarily should be brothers considering their proximity to each other. Were it not for the timeous intervention of the police, it probably would have deteriorated into a bloody affair. These sad occurrences call to mind the statutory duty of the National Boundary Commission (NBC), which is saddled with the responsibility of delineating the boundary lines of communities nationwide. Apparently due to the NBC’s dereliction of duty, the country has been suffering needless loss of lives. This is in spite of the massive casualties being recorded almost on a weekly basis in the ongoing war against terrorism in the North-East and other zones of the country where Fulani herdsmen, bandits and kidnappers hold sway as lords of the manor. Sadly, the loss of lives occasioned by communal belligerence and filially contrived violence against communities are always marked by constant assurances of reprisals, and there is no respite on the horizon. And, what is more, politicians and power brokers on all sides have refused to embrace peace, apparently inhibited by their own egos.
It is quite easy to see that the mutually assured destruction of lives and properties is due in large part to the serial acts of arbitrariness committed by military officers during the military interregnums in the country. More often than not, the military took the history of the people for granted while drawing boundaries. Across the country, many communities have issues with their boundaries and there is no better time than now to find a permanent solution to the crisis. The bloody skirmishes must end. The NBC should return to the drawing board and ensure the return of peace to the affected areas immediately. It should reach out to the governments of the affected states and encourage dialogue. On their parts, the governments of the affected states should take immediate steps to calm frayed nerves and restore normalcy to the troubled areas.
It is time to halt the trail of blood, arson and brigandage arising from boundary disputes. We appeal to the feuding communities to give ample room for dialogue to thrive, and to be mindful of the laws of the land. On their part, the security agencies, particularly the police, must ensure that no further loss of life is witnessed in the affected communities. They must not shy away from treating the situation in accordance with the laws of the land. Needless to say, we expect the NBC to live up to its responsibilities

Fani-Kayode approached me on planned defection to APC – Bello

Mambilla Power Project till now existed only on papers – Rep

N-power: 5,853 beneficiaries posted to places of work in Gombe