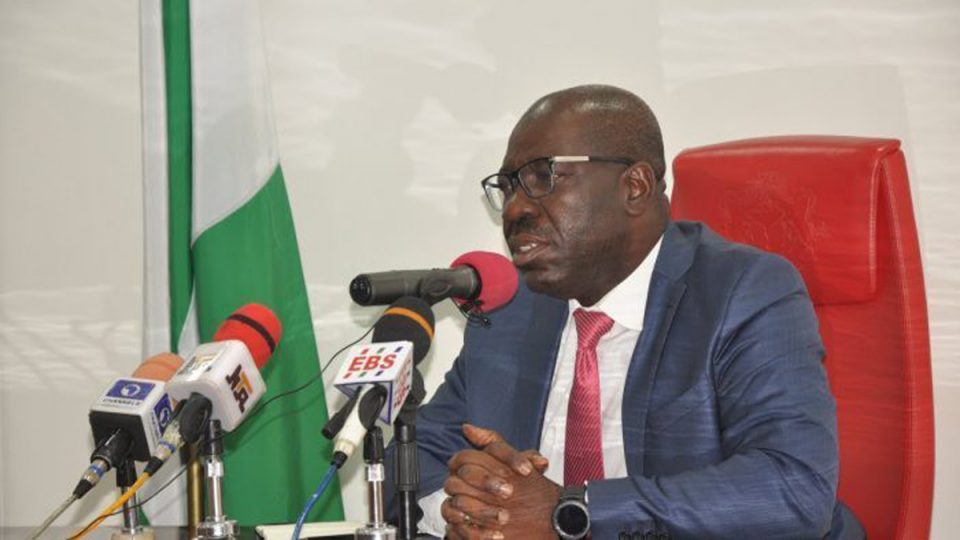 The Edo State Governor, Mr. Godwin Obaseki, has said the N30bn Benin stormwater project by the previous administration in the state was a ploy to defraud Edo people.

The governor, who made the submission while inspecting the Textile Mill Road catchment of the project in Benin, said the project, which was conceived by the previous administration, was designed not to benefit Edo people, adding that his administration would probe the project and recover money stolen.

Obaseki said, “You can see for yourself that the so-called stormwater project was a fraud. It was a contract to defraud Edo people. From what I can see now, the project in this catchment area was never designed to take water away from the area.

“The area was never drained. You can see the level of what we are doing now as compared with that of the previous administration. It is almost two-meter difference.

“There is no way you can drain water from a low land into a higher ground. We say we have experts and paid over N30bn for this project. The person that supervised this project today calls himself a minister supervising bigger projects for the Federal Government. This is not acceptable.”

Attempts by The PUNCH to reach an official of the past administration in the state proved abortive.

CBN defended naira with $10.3b in six months

Agency threatens to remove illegal billboards of politicians in Kwara