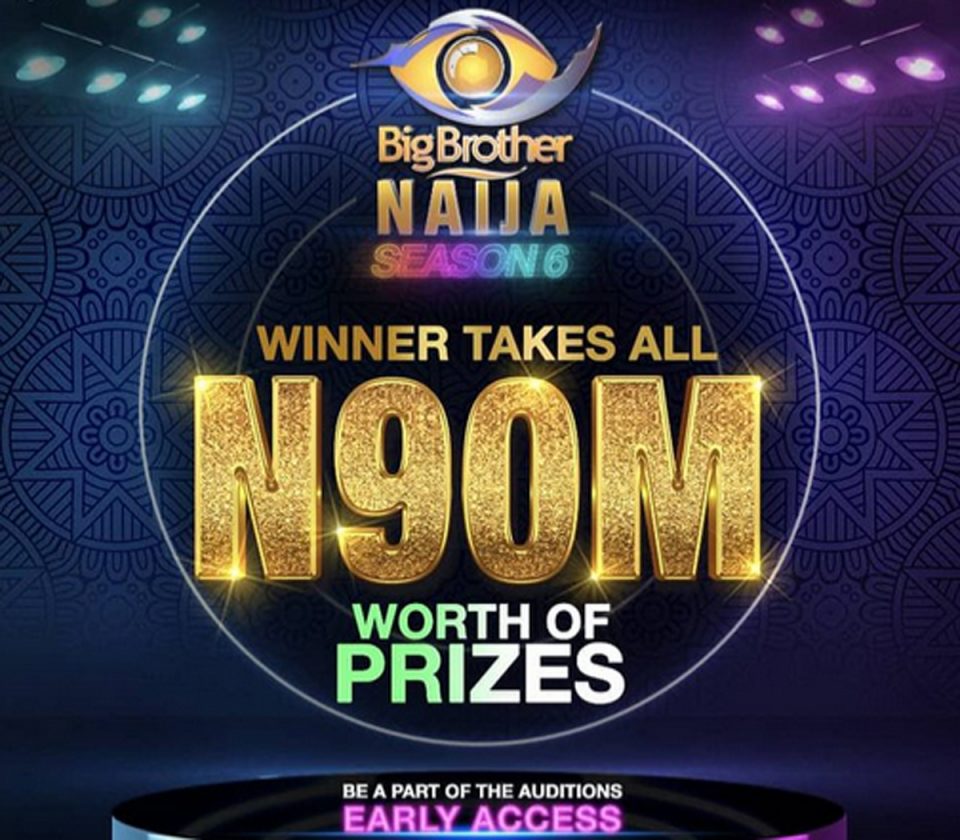 This year would take a new twist with early auditions set to begin from March 24 to March 31, 2021.

According to the reality show’s official handles @ gotvng the auditions will be strictly available to DSTV and GOTV users.

They wrote, “Something big is coming, we are giving EARLY ACCESS into this year’s #BBNaija auditions.

“All you have to do is stay connected and renew your @dstvnigeria and @gotvng subscriptions to be qualified for this.

The 20 successful contestants live in an isolated house as housemates and compete for the grand prize at the end of the show.

Five housemates often make it to final while the rest leaves the house either by eviction or suspension.

The show is always characterized by betrayal, love, jealousy and fighting and the housemate with the highest number of votes emerges the winner.

It would be recalled that the 2020 season 5 saw Laycon win prizes worth N85 million including a cash prize of N30 million while in 2019, Mercy Eke won N30 million as well as other mouthwatering gifts.

Inflation: LCCI urges FG to focus on supply side constraints

2019 Budget: Justice Ministry has no allocation for constituency Projects – Solicitor-General