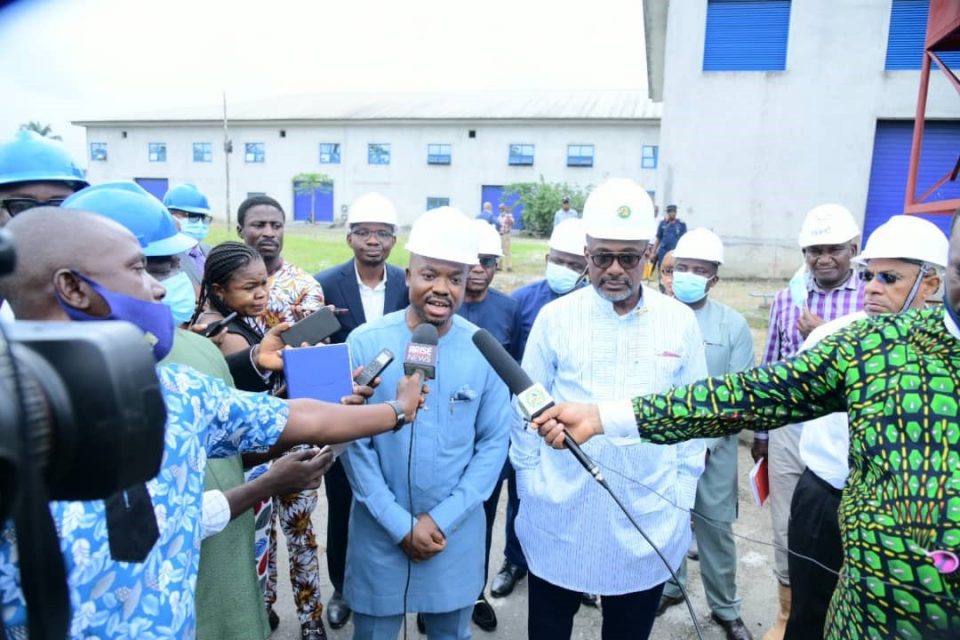 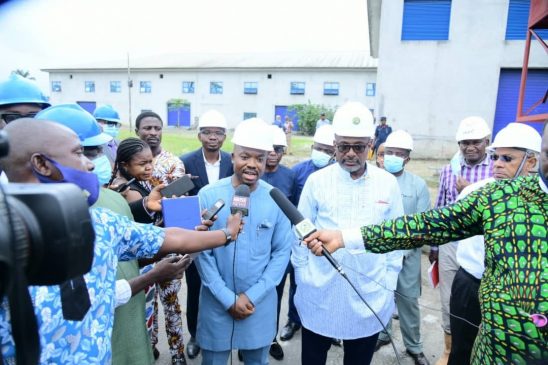 L-R: Mr. Okechukwu Mba, MD AGPC; and Engr. Simbi Wabote, Executive Secretary NCDMB and other members of the entourage, during an interview session with the media after the facility tour of the complex

ANOH Gas Processing Company (AGPC) has reiterated its commitment to spending up to $10million on capacity development initiatives in the oil and gas sector.

The Managing Director of AGPC, Okechukwu Mba said this on the sidelines of the kickoff meeting and tour of the Centre for Skills Development and Training in Port Harcourt, Rivers State. This is a project AGPC is partnering with the Nigerian Content Development and Monitoring Board (NCDMB) to complete as part of its capacity development initiatives for the ANOH Gas Plant Project.

Mba identified technology and safety skills as critical to the oil and gas sector, saying that AGPC was delighted to be playing a key role in completing the Centre for Skills Development and Training.

The AGPC MD, therefore, charged the Contractor in charge to ensure that the project is completed on time and safely. Mba further explained that future graduates from the Centre will be equipped with the right skills to make them relevant in the oil and gas sector.

According to him, AGPC has plans to execute human capacity development initiatives for the host communities of its ongoing ANOH gas plant project as it continues to foster stronger ties with critical stakeholders.

Commenting, the Executive Secretary of NCDMB, Engr Simbi Wabote, commended AGPC for being a partner of choice in the push to complete the Centre for Skills Development and Training.

The project commenced in 2011 with the motive to develop human and institutional capacities in the Nigerian Oil and Gas Sector but was later stalled due to lack of funding. The Centre comprises of a Tower Block, Heavy Duty and Light Scale Training Centre, Library and Auditorium.

CBN injects $1.47bn into forex market in one month