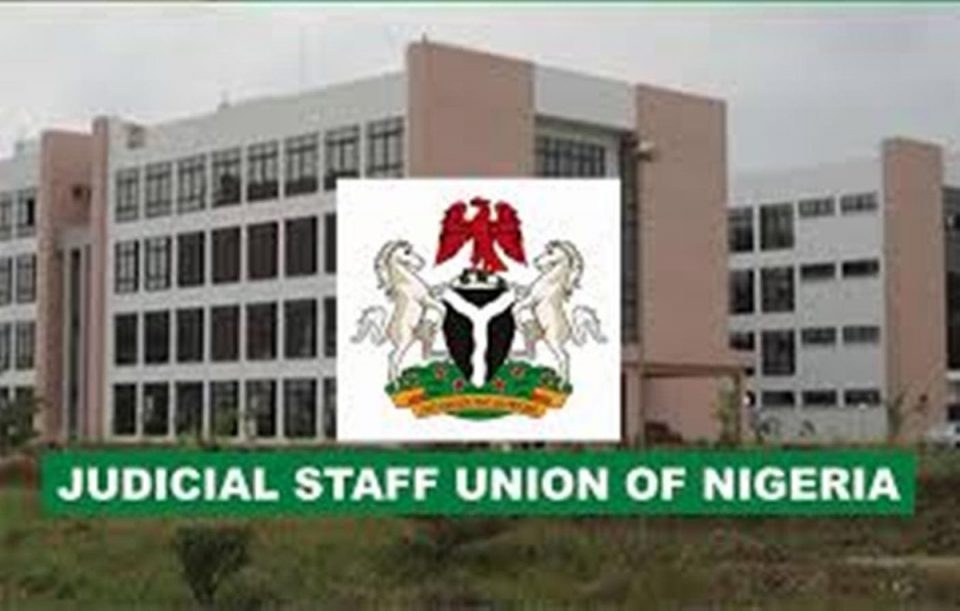 The Lagos Chapter of the JUSUN, directed members report to work every Wednesday, Thursday and Friday.

The Judiciary staff nationwide on April 6 embarked on an indefinite strike demanding that state governments grant financial freedom to the judiciary.

In a memo on April 22,, Lagos State chapter of JUSUN Chairman, Mr Kehinde Shobowale, directed  a partial reopening of the courts.

Shobowale said that the union took that decision because the state has so far attained 75 per cent financial autonomy.

“It is our desire only to relax strike rules to allow clearance of backlogs, reading of judgement and decongestion of prison occasion by the COVID pandemic and EndSARS protest.

“Therefore, work and official duties are constraint to Wednesday, Thursday and Friday of every week, while Monday and Tuesday of every week remains our strike days that all staff must stay off duty to observed the national strike,” he said.

Meanwhile,  the Director of Administration and Human Resources, Lagos State Judiciary in a notice on April 28, directed judiciary staff to resume on April 29.

“In view of the the communique issued by JUSUN, Lagos State Branch on the April 27, I have the directive to inform all members of staff to resume at their various duty post on Thursday, April, 29.

“It should be noted that officers are expected to be in office only on Wednesdays, Thursdays and Fridays of every week until further directive from JUSUN,” Jamal said.

The main gate of the Ikeja High Court, complex is still locked but the pedestrian gate is open to members of the public.

The courtroom registry is open and individuals were observed filing and getting documents including affidavits stamped.

No prison vans nor prison warders were seen in the court premises.

The holding cell of the courthouse was empty because inmates were not brought in from the correctional centers for trial.

The Roseline Omotoso Courthouse which houses the Special Offences and Domestic Violence and Sexual Offences courtroom was also open.

There was also no activity in all the courtrooms.

The courtrooms of Justices Christopher Balogun, Modupe Onyeabor and Oluwatoyin Taiwo were locked.

Some courtroom staff were observed standing in clusters and having conversations, while some others were sitting and working at their desks.

Speaking to under the cover of anonymity, a court registrar said that there was unlikely to be any significant activity in the court until the coming week.

“We came here following the directives of JUSUN, we are organising the courtrooms after a period of inactivity.

“Hopefully by next Wednesday, Thursday and Friday, the courts here will resume fully,” the source said.

A verdict of the Federal High Court in Nigeria’s capital, Abuja, had in January 2014, held that financial autonomy for the judiciary is a constitutional provision that must be complied with by the executive branch of government.

On May 23, President Muhammadu Buhari signed into law the Executive Order to grant financial autonomy to the legislature and the judiciary across the 36 states of the country.

The order also mandates the accountant-general of the federation to deduct from source amount due to state legislatures and judiciaries from the monthly allocation to each state for states that refuse to grant such autonomy.

The Minister of Justice, Abubakar Malami, the Executive Order No. 10 of 2020, made it mandatory that all states of the federation should include the allocations of both the legislature and the judiciary in the first-line charge of their budgets.

According to the AGF, “a Presidential Implementation Committee was constituted to fashion out strategies and modalities for the implementation of financial autonomy for the State Legislature and State Judiciary in compliance with section 121(3) of the Constitution of the Federal Republic of Nigeria, 1999 (as Amended).”

The Nigeria Governors Forum (NGF) said they will start implementing financial autonomy for the judiciary latest by May ending, a pledge that indicates that an end to the ongoing strike that has crippled the nation’s judiciary may be in sight.

The governors also called on striking members of the JUSUN to call off their two weeks old strike.

The chairman of the NGF, Gov. Kayode Fayemi of Ekiti, gave this assurance in an interview with journalists after meeting with ‘stakeholders’ from the state judiciary and legislature at the Presidential Villa in Abuja.

He said the modalities for the implementation were worked out at the meeting held at the Presidential Villa.

The first line charge status, which is being respected by the federal government in respect of the federal judiciary, entitles the state judiciaries to get funds due to them directly from the federation account.

The governors rushed to court in 2020 to challenge an executive order signed by President Buhari for the enforcement of the first line charge status of both the state judiciary and legislature.

They argued that executive order which directs the accountant-general of the federation to deduct funds meant for the state judiciaries and legislatures in the federation account and pay it to them was “unconstitutional”.

Over 200 rockets fired at Israel in response to Gaza strikes