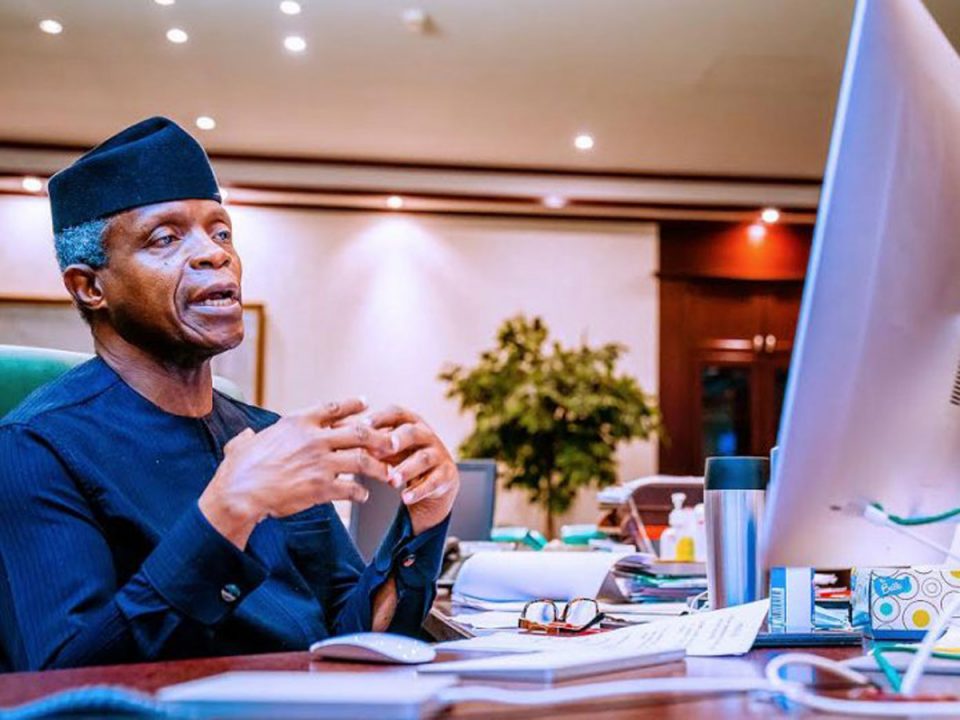 The Federal Government and Microsoft Corporation is target to equip no less than five million Nigerians with a digital upskilling programme in locations in each of the six geopolitical zones in the next three years.

A joint announcement yesterday by Vice President Yemi Osinbajo on behalf of the Federal Government and Microsoft Corporation President, Mr. Brad Smith said the partnership would create 27,000 jobs leveraging on Microsoft’s experience in the utilisation of technology as an enabler for the delivery of public and social good.

Senior Special Assistant on Media and Publicity to the Vice President, Laolu Akande, in a statement said the partnership with Microsoft Corporation anchored on connectivity, skilling and digital transformation followed discussions between both parties led by Osinbajo and Smith earlier in the year.

He said the Muhammadu Buhari’s administration is partnering with the tech giant to accelerate Nigeria’s advancement towards a more digital economy in line with the Economic Sustainability Plan.

“Our government is committed to leveraging innovation and technology to bring better outcomes across a wide area of governance concerns. Indeed, it is with this in mind that we have sought constructive partnerships that bridge the knowledge, skills and technology gap that exist in most of our communities,” Osinbajo said

WHO launches action plan to tackle malaria in Nigeria, others

Obasanjo, Sachs to speak on “Trade Wars: Implications for Africa” at Ndiaye lecture