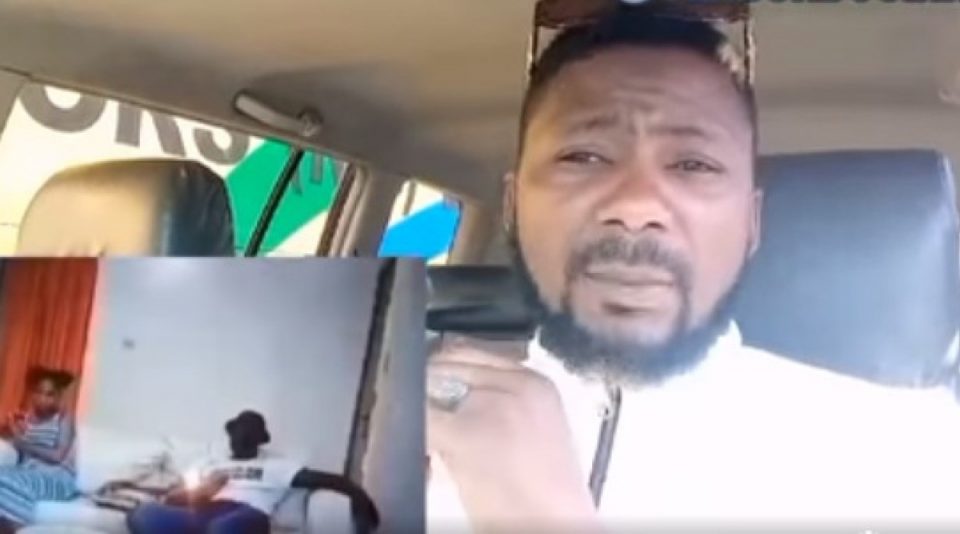 Actor and comedian, Abimbola Olasunbo, aka Sir Koro, was a ‘trending topic’ on social media recently when he alleged that a 14-year-old girl allegedly assaulted by another actor, Olanrewaju Omiyinka, aka Baba Ijesha, was not a minor but over 25 years old. In a video he posted on social media, Sir Koro had alleged that Baba Ijesha was in  a relationship with both the girl and her foster mother, Princess. However, in a dramatic twist, Sir Koro, stated that he made those allegations under duress.

However, in yet another u-turn, Sir Koro told Saturday Beats that he actually meant all he said in the first video and that he was forced to recant his words at gunpoint.

In an interview with our correspondent, he said, “The first video I made was my true stance on that issue. The second video where I apologised was actually the one I made under duress. On that day, I was walking on the road when a power bike parked in front of me. They asked me which video I posted the day before, and I asked them what their business was with that. But, when I saw that they had a gun, I asked them what they wanted from me. They threatened to kill me right there and throw my corpse into the lagoon if I did not listen to them. They asked me to do a video refuting everything I said in the first video I made. I was told to claim I made that first video under duress. They said if I did not do their bidding, my life wasn’t safe. I asked them whether I should post the video on social media or send it to Iyabo Ojo, but they claimed not to know her.”

Asked how he knew the girl was older than 14 as he alleged, the comedian said, “She does not look like a 14-year-old girl. Where Princess lives is not far from where I stay. The girl in question is mature already. I have seen her physically and the information I gathered from those close to Princess is that the girl is older than 14. I was actually told that the girl has a bank account and if checks are made on her bank verification number, her real age would be revealed. A friend of mine who now lives in Dubai told me that he registered for the BVN at the same time with the girl.

I often saw Baba Ijesha and Princess together. Even before Princess got married. What kind of friendship would make her sponsor his education, even to the level of securing an English teacher for him and sending him to London (United Kingdom). People in the area often saw them together.”

Reacting to claims that he was seeking cheap publicity, he said, “There are so many secrets I am aware of that would have helped me gain popularity if I reveal them. It is God that gives fame. After I made the videos, which fame have I got? Nobody has given me money. Even Baba Ijesha or any of his family members have not called me over the issue. Everything I said in the video is true and I stand by my words.”

Though many have said that the comedian’s actions amounted to victim shaming and could discourage other rape or assault victims from speaking out, Koro disagreed. He said, “Any child that was truly raped should be able to tell her parents or guardians about it. If a seven-year-old child is raped, a true parent or guardian should notice it.”

Microsoft to invest $1bn in OpenAI

Petroleum ministry and the push for optimisation