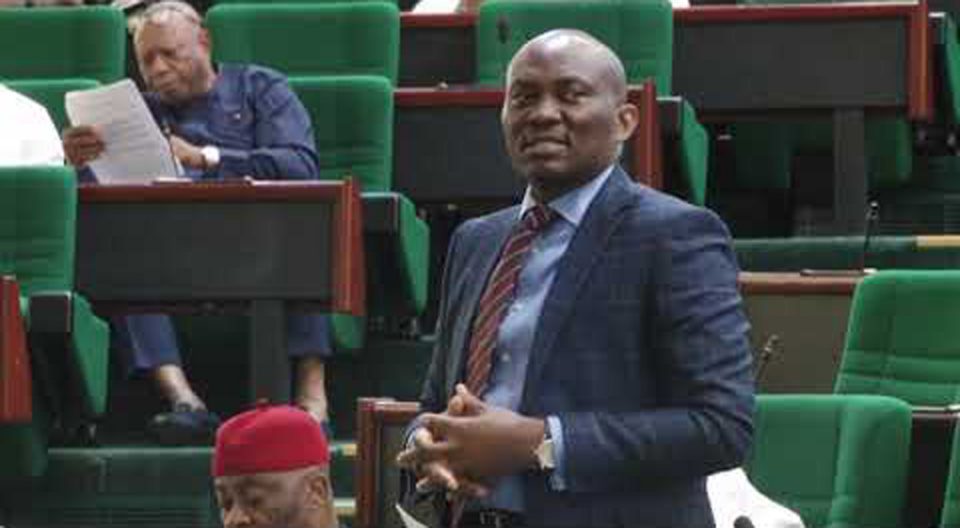 Some civil society organisations have supported calls by a cross section of members in the House of Representatives for the Economic and Financial Crimes Commission to probe the Nigerian Ports Authority under the leadership of its suspended Managing Director, Hadiza Bala-Usman.

Saturday PUNCH had reported that the President, Major General Muhammadu Buhari (retd.), was probing the alleged non-remittance of N165.32bn operating surplus to the Consolidated Revenue Fund by the NPA, which followed the suspension of the ports authority boss.

The Federal Ministry of Transportation, in a May 4, 2021 letter to the President, claimed that the NPA failed to remit N165.32bn to the CRF from 2016 to 2020 and called for an investigation and audit of the financial accounts of the authority

But in a letter with reference number MD/17/MF/VOL-XX/541, dated May 5, 2021 and addressed to the Chief of Staff to the President, Bala-Usman said the NPA was aware of Buhari’s approval for the Federal Ministry of Transportation to conduct an audit of the accounts of the NPA and its remittances to the CRF.

However, on Monday, the minority caucus in the House of Representatives, in a statement by the Minority Leader of the House, Ndudi Elumelu, called on the EFCC to immediately investigate Bala-Usman over alleged looting of revenue under her management, saying the All Progressives Congress administration had crippled the nation’s economy and brought untold hardships to Nigerians.

According to the opposition lawmakers, such a huge alleged economic crime against the nation should not be left to an administrative panel of enquiry but committed to an anti-graft agency for an independent investigation.

A cross section of CSOs in the country, in separate interviews with Saturday PUNCH, expressed support for an investigation into the allegations of corruption, citing a series of controversies trailing the NPA management led by Bala-Usman.

The Executive Director of the Centre for Public Accountability, Mr Olufemi Lawson, decried botched attempts by stakeholders to decongest the ports and her alleged disregard for due process.

Asked to comment on the call for the EFCC to probe the allegations, Lawson said, “She has to be probed. It’s a call long awaited. If you follow the trend over the last couple of months, civil stakeholders within the ports authority have demanded on so many occasions for the probe of the management led by Bala-Usman.

“This is somebody who has come to run the NPA in a way very alien to how the ports are run. She almost made herself the sole administrator of the company, neglecting the managerial procedures that had been followed as far as the port activities are concerned.

“Recall that various efforts by stakeholders, including the Lagos State Government, to decongest the ports have always hit a brick wall because of the approach and the attitude of this same woman. If you read through the series of allegations that are now being unravelled, you now realise that there has allegedly been monumental corruption in Bala-Usman’s approach in awarding contracts.”

He stressed that the NPA was not a ministry but a ministerial tender board that has the power to approve certain levels of contract, which he said Bala-Usman had “serially violated.”

“She has allegedly continued to run the NPA like a personal business and I think the call is necessary and is going to rebuild the confidence of stakeholders in the activities of the ports, as well as the confidence of Nigerians in the anti-corruption of the present regime,” Lawson added.

Similarly, the Executive Director of the Socio-Economic Rights and Accountability Project, Mr Adetokunbo Mumuni, told our correspondent that Bala-Usman’s suspension was a welcome development but that the Federal Government action should not end there.

Mumuni said, “Suspending her is okay but that should not be the end of the matter. She should be tried once there is admissible legal evidence of criminality against her. That is what criminal jurisprudence of Nigeria allows, not any other way round.

“Once anybody is believed to have violated the criminal laws of Nigeria, that person should be taken to the regular court and prosecuted. The idea of a panel does not make sense at all. You take a culprit before a court of competent jurisdiction and try him. If he has anything to say, he will engage lawyers and we will see an open and direct trial.

“That is what is known to sane legal practice, not a panel of enquiry, because a panel is not recommended under Nigerian law to try anybody. An attempt to use a panel is an attempt to take over the trial and probably cover a lot of things and prevent Nigerians from monitoring and scrutinising the work of a panel.”

The Executive Chairman of Centre for Anti-Corruption and Open Leadership, Debo Adeniran, also emphasised the need for transparency and accountability in the investigation, expressing disapproval of the incessant reports of corruption in the NPA.

Adeniran said, “Since the days of a former chairman of the NPA, a lot of things have been revealed; mind-boggling corruption and tendencies to commit corruption crimes had been rife in the NPA. Now, it has always been there, otherwise, the ports would have served as only second to the petroleum industry in terms of income-generating ventures.

“But there is a lot of corruption right from where ships are coming from; so much exchanging hands; import duties not being collected, and when collected would go into private hands; inspection not thoroughly done because some people have taken some money. There are so many things. They will pass goods that are not there.

“Some people will import nothing and claim subsidy for petroleum products and they will get court papers that they had imported petroleum products. There are so many areas of corruption. But we cannot find out things from a distance. That is why a probe becomes necessary.”

He stated that CSOs and the media must monitor the conduct of the probe panel to ensure that no stone is left unturned.

Some concerned prominent northerners under the aegis of the Concerned Northern Forum, on Friday, faulted the administrative panel set up to investigate the suspended Managing Director of the Nigerian Ports Authority, Hadiza Bala-Usman.

Saturday PUNCH had reported that the President, Major General Muhammadu Buhari (retd), was probing the alleged non-remittance of N165.32bn operating surplus by the Nigerian Ports Authority.

A member of NPA’s board and the current Director, Maritime Services, Federal Ministry of Transportation, Auwalu Suleiman, was named the chairman of the panel.

The PUNCH had reported that a probe panel would start work on probing the alleged non-remittance of operating surplus by NPA for which Bala-Usman was suspended penultimate Thursday.

But the CNF, who met at the Arewa House, Kaduna, said the embattled NPA boss was not given a chance to defend herself and that, as such, her suspension was a “clear violation of the principle of fair hearing and attack on northerners.”

While addressing journalists shortly after their meeting, the spokesman of the forum, Alhaji Abdulsalam Kazeem, described the suspension of Usman as “illegal.”

Kazeem noted that the group viewed the suspension as a mere witch-hunt of Usman, who is a former #BringBackOurGirls campaigner, warning that nobody should tarnish her “good image” because of political interest.

Specifically, he accused the Minister of Transportation, Mr Rotimi Amaechi, of being responsible for Bala-Usman’s current ordeals.

Kazeem, therefore, called on the President, Major General Muhammadu Buhari (retd), to reverse the administrative panel constituted by the minister because “he (Amaechi) can’t be the persecutor and, at the same time, the judge in his own case.”

Saying the organisation was not against the NPA boss being investigated, the CNF spokesman accused the minister of being behind Bala-Usman’s suspension.

He added, “It is our position as a forum of concerned northerners and patriotic Nigerians that the suspension of Hadiza Bala-Usman is a deliberate case of a witch-hunt, blackmail and bullying because of her refusal to allow Mr Amaechi unfettered access to the purse of the NPA with which he hopes to assemble the financial war chest to fund his desperate bid to contest for the presidency of Nigeria in 2023.

“We further wish to assure Mr Amaechi that anyone that targets one of our own in such a blatant witch-hunt with no regard for due process but setting out only to tarnish and destroy their reputation will be met with stiff resistance for any ambition he may have in 2023 elections as far as our massive northern electorate are concerned.

“The CNF hereby call on Mr President to retract this kangaroo administrative panel of inquiry as constituted by Mr Amaechi and conduct any such investigation on the Managing Director through the rule of law to uphold the principle of fair hearing, natural justice and equity.”