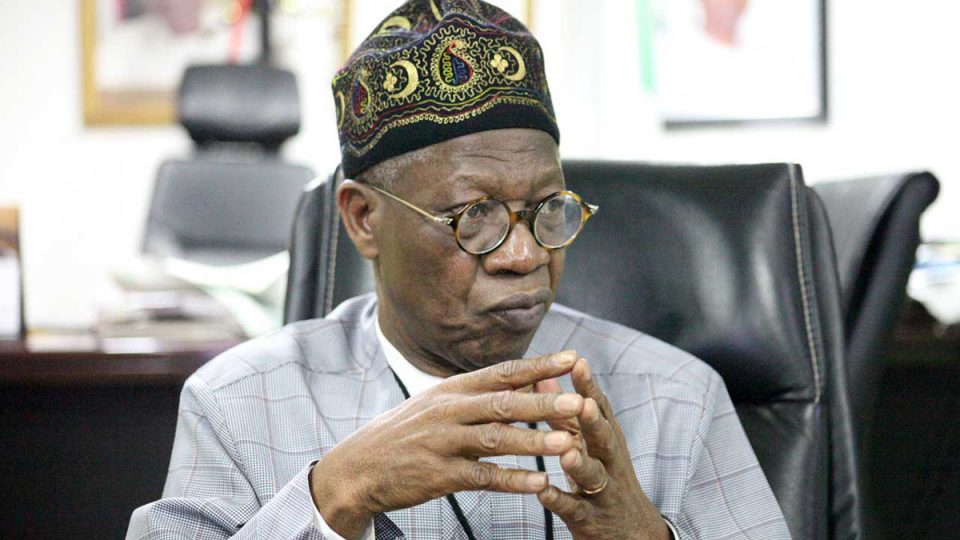 Information and Culture Minister, Alhaji Lai Mohammed must be feeling good about the terms for the lifting of the suspension of the operations of the mic-blogging platform Twitter in the country which he said would soon be signed with the company.

Among others, Mohammed said the federal government’s negotiating team proposed to Twitter that there should be an agreement on a charter of online conduct for content management that will guide both the government and the company.

“We will agree on which content would be acceptable, what’s not acceptable, because we are very concerned about contents that are liable to jeopardise the security, unity, and safety of Nigeria. We also asked that we agree on what is publishable and when such is cited and brought to the attention of Twitter, it will remove or delete such a publication,” the Minister explained.

For someone determined to hit back at Twitter for daring to delete President Muhammadu Buhari’s Tweets, the Minister must be satisfied that he has succeeded in getting the terms that will make it impossible for those opposed to the government to have a free reign as they have always done on the platform.

We will have to wait for the agreement to be signed to confirm what Twitter really conceded to such contentious terms and not believe everything the Minister is claiming to justify the unwarranted suspension.

As much as Twitter will want the matter resolved, it is doubtful that the company will agree to the kind of control of its operations in the manner Mohammed is suggesting. The platform will no longer be what it used to be if the government exercises as much power in the expected agreement.

No one is advocating for the abuse of freedom of expression which the platform offers, but the government should not become intolerant of criticisms to the extent that it will want to shut down channels it has no control of like it did with the suspension of Twitter.

Already, Twitter and other social media platforms have guidelines to check what users can publish and what they cannot, which has been applying to penalize violators. The company does not need such a draconian charter which Muhammed says the federal government is proposing.

Unfortunately, a democratic administration that claims to respect the rule of laws will be seeking all means to limit freedom of expression and the media as this government has been doing through all forms of legislation, including the proposed amendments to the Nigeria Press Council and Nigeria Broadcasting Commission Acts.

As the United States Consul General in Nigeria, Claire Pierangelo stated at a Conversation on Press Freedom, Freedom of Expression, and Civic Space recently, “banning or significantly restricting social media, including under threat of prosecution, undermines Nigerians’ human rights and fundamental freedoms.”

Instead of bragging about planning to curtail the freedom offered by Twitter at the expense of other Nigerians who use the platforms for other professional endeavors, Muhammed needs to come to terms with the reality of living in a borderless world in a  digital age.

Even with the suspension, many Nigerians dared the federal government by using VPN to access the platform.  That the government said it would prosecute violators without any law to back such move confirms that the suspension was done without thinking of the implications for the image of the country.

The earlier the suspension is lifted the better instead of demanding for some untenable terms.

Our mumu don do: Takeaway from the 24th edition of Wole Soyinka Lecture Series