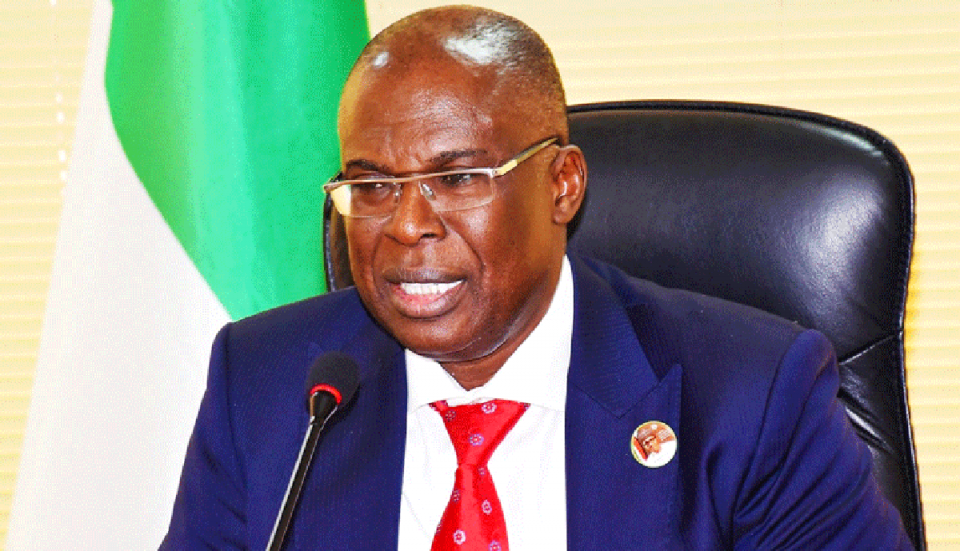 The federal government has said the proposed NURC, not NNPC Limited, will handle proceeds from the sale of crude oil accruing to the three tiers of government when the PIA becomes fully operational. Briefing journalists after the inauguration of the steering committee as well as the implementation working group of the PIA, the Minister of State for Petroleum Resources, Chief Timipre Sylva, said being a Companies and Allied Matters (CAMA) entity, NNPC Limited may no longer be in a position to function in that role.

The minister said although the upstream regulator might not be directly involved in lifting federation crude oil, all the monies accruing from sales of the commodity would be handled by the commission, while NNPC would only get a percentage for carrying out the lifting.

However, the minister added that the committee, which he inaugurated, would thrash out areas of disagreement.

Sylva said: “The next question is whether the commission, as a regulatory agency, can be involved in commercial activities? Yes, when I gave that answer yesterday, I didn’t have the opportunity to say everything.

“The other question should be whether NNPC, as a commercial body, registered under CAMA, can be in charge of federation crude? We have to find a way out of this. That crude belongs to the federation of Nigeria and when it is sold, it has to go to the federation account.

“So, the commission is not necessarily going to sell the crude, but will handle the crude. If NNPC sells the crude on a commercial basis, the revenues accruing from the sales of the crude will now go through the commission to the federation account and NNPC will charge commission for that role.

“As a commercial activity, it will just sell and it is doing that as a commercial entity and the fund will be moved into the federation account. Those are all part of the issues that we will be discussing at the implementation level so that we have a seamless way of doing things.”

Sylva also spoke on the ownership structure of the proposed NNPC Limited, which the governors had alleged did not incorporate the states and local governments. He said, like other entities, the federal government would hold the equity in trust for all the other tiers of government.

But he revealed that negotiation was on with the state governors on the issues.

According to him, “The other issue is the ownership of the NNPC, which has been raised variously by governors and we have also responded. I think we are having an understanding that is all I can say. I do not want to pre-empt that discussion. But, we are having an understanding. In this country there is the federal government of Nigeria and then there is the federation.

The minister stated that this was not the first time that would be happening, explaining that the federal government is currently holding the equity in LNG Bonny in trust for the federation.

“We are one country, everything flows out from this country, let’s not make it look like we are not one country. The federal government of Nigeria is the preeminent government among the tiers, the levels of government.

The minister also said while Nigeria was interested in more foreign investments, its focus now was on the IOCs in the country, stressing that a lot of projects on the verge of crystallising would now be fast-tracked since the new legislation has been signed.

He disclosed that a number of investors had reached out to the ministry post-PIA, maintaining that the oil companies, which the federal government has had a long relationship with, would be the first priority.

Sylva noted that while a number of IOCs had indicated interest in divesting their onshore assets, there were still a lot of prospects offshore, including the ultra-deep offshore, beyond the current 2,000 metres.

He explained that even oil companies that were thinking of leaving onshore operations were still showing interest in the offshore of Nigeria as well as the ultra-deep offshore, which is still in frontier territory.

Answering a question on the alleged skewedness of the steering committee in terms of gender and ethnicity, he stated that members were supposed to represent their offices and not necessarily ethnic groups or a particular gender. But, he said those are some of the issues the PIA would correct.

On possible unrest in the Niger Delta due to the grouse over the three per cent allocated to the oil producing areas, he said the region had no reason to react badly, saying those that have been very vocal from the area were simply politicising the issues.

Sylva said, “I see a lot of politics, a lot of politicking, but I have not really seen very senior Niger Delta people that we all respect, that are apolitical, speak against this. If you look at it very well, you cannot really say it is only three per cent. This per cent is on top of so many other things.”

He listed them as the Niger Delta Development Commission (NDDC), the 13 per cent derivation and others, which he said amounted to a lot of money. But he noted that there were still issues surrounding the implementation of the funds accruing to the region.

Sylva stated that there was no role for the government in the administration of the community funds, stressing that it is different from the Frontier Basins Fund, which is an investment in getting more oil off the ground, and not targeted at the communities.

Earlier while inaugurating the committees, the minister said the crystallisation of the 20-year petroleum industry reform journey called for accolades and celebration.

He said there should a deliberate effort by all and sundry to ensure successful implementation of the PIA in order to get the desired result.

Customs collects N846m as revenue in 6 months in Niger – Comptroller