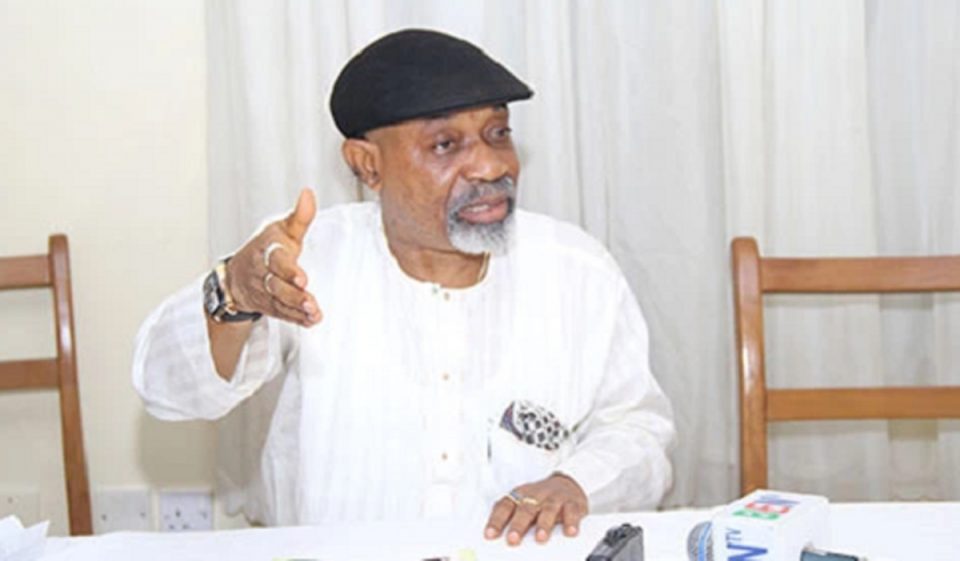 The Federal Government says no doctor or health worker in Nigeria is owed monthly salary.

The Minster of Labour and Employment, Dr Chris Ngige, said this at the opening of the meeting of the Presidential Committee on Salaries with the leadership of the Joint Health Sector Union (JOHESU) on Tuesday in Abuja.

He said the fumes from the propaganda machine of NARD were obfuscating the reality of the federal government efforts to reposition the health sector.

“NARD goes about telling Nigerians that government is owing them salaries and as well not taking the problems in the health sector seriously.

“But this is not true. It is incorrect. No doctor, nurse, pharmacist or any other health worker including the driver is owed monthly salary.

“Government pays as and when due.

“The truth is that NARD doctors fail to tell Nigerians that their colleagues who are owed salaries are the ones illegally recruited.

“Monthly salaries are done as and when due for those legitimately employed by the Federal Government, but not to those illegally employed or need their appointments regularised and captured in the finances of government for payment.

“This takes a process which is not accomplished overnight,” he said.

He, however, referred to the presidential waiver for employment into the critical Health and Defence Ministries in view of the general embargo on employment.

The minister assured that doctors illegally recruited would have their service regularised in due course.

He noted that money which the federal government owes few doctors and other workers was the 2020 COVID-19 allowances.

He said that this was besides the arrears of the consequential adjustment of the National Minimum Wage and skipping allowance which cut across other sectors, noting that work is in progress to clear this.

He blamed the Nigerian Medical Association (NMA) and JOHESU for bringing segregation in the negotiation for the new hazard allowance, which the federal government already budgeted the N37.5 billion for.

“We started joint negotiation to round off discussion and implement new hazard allowance as early as possible so as to stave off the current wolf-crying by doctors.

”They brought in segregation and couldn’t agree with JOHESU and both now want separate negotiations. Why then blame government and make it an issue to strike for,” Ngige said.

Also, the Minister of State for Health, Sen. Olorunnimbe Mamora, said it was a wrong time to go on strike.

He noted that despite financial constraints, government was committed to payment of salaries of doctors and health workers.

On his part, the Minister of State for Finance, Budget and Planning, Clement Agba, rued the expanding budgetary expenditure of government even as revenue continues to dwindle.

He added that government was doing its best and committed to workers welfare, but certainly won’t continue to borrow to pay salaries.

The JOHESU President, Mr Josiah Biobelemonye, said its members were the “the patient dog of the health sector”.

He called for swiftness in tackling the challenges facing its members, to avoid forcing them to strike.

The closed door meeting is still ongoing at press time.

‘Nigeria’s export to double by 2025 under AfCFTA’