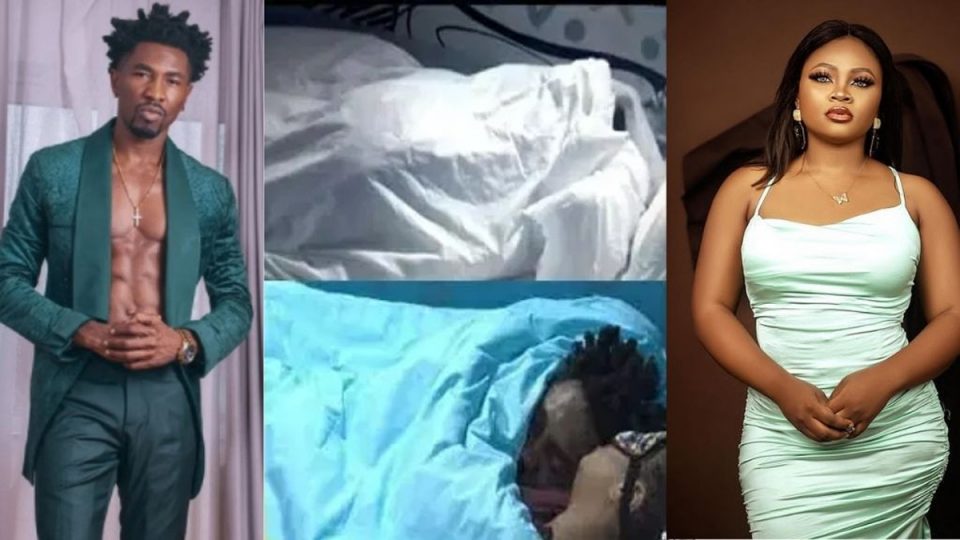 A recently-evicted Big Brother Naija (Shine Ya Eye edition) contestant, Tega Dominic-Ajeboh, has said that she considers herself such a prize that every man would want to have her beside him. According to her, all the male housemates in the house liked her.

Maintaining that nothing had changed about her relationship with Boma, She told Saturday Beats, “I did not have sex with Boma in the house. Everything we did under the duvet was intentional; it was part of our strategy. If we had not been evicted on Sunday, perhaps the viewers would have got a clear picture of what we were trying to do. Since we were evicted, we went home with an ‘uncompleted script’.

“We have always been friends and we had an understanding. Whatever it was (between us) ended in the house. He said it a couple of times that he liked me. Every guy in the house liked me and some of them said they wished I was not married. I’m a ‘guy’s girl’. There’s no man that would not want to have a woman like me beside him.”

Speaking on her experience since leaving the competition in the light of the backlash she had faced from many Nigerians, she said, “It was initially rough at the beginning but we are getting over it. I had so much fun and I wouldn’t trade it for anything. When I came out of the house and I watched some clips from the show, I realised why it is so easy for people to judge from outside. When one is in the house, the atmosphere is completely different and there is a lot of tension. I have tried not to dwell too much on this because no matter how much one explains things, some people would misunderstand one. We were trying to make it look real but perhaps, we took it too far. Maybe the ‘under the scenario’ was too much for the viewers. However, I wouldn’t blame anybody for pushing us out.”

Though while in the house, the aspiring actress had bragged that if her activities cost her her marriage, she wouldn’t be on the losing end as she would have fame and money, she insisted that she would no longer talk about her marriage. She said, “Going forward, I wouldn’t like to talk about my marriage and family.”

Revealing her next course of action having been evicted from the show, she said, I am going to push hard for Nollywood and also work on my brand. I am open to other opportunities as well. I am a bundle of talents.”

Reacting to a statement by the President of the Actors Guild of Nigeria, Emeka Rollas, who stated that Nollywood was not a dumping ground for evicted BBN housemates, Tega said, “It is his opinion and I cannot contest with him. Are evicted BBN housemates outcasts? I don’t know why he said that but I cannot blame him. I’m sure he has reasons best known to him.”

BBNaija S6: Tega kisses husband as they reunite after her eviction

She also stated that she didn’t think her actions in the house would have a negative impact on her career, she said, “I don’t think it would have a negative effect on my brand. Anything can be turned around. Before BBN, there was a ‘Tega’ and there’s still a ‘Tega’ after the game. Beyond what people saw in the house, there is more to me that they need to see. I should not be labelled (as a) bad (person) because of just one thing.”

Reacting to those who felt the tears she shed upon living the house was fake and she was being hypocritical, Tega said, “I was not being hypocritical. I actually cried because people were bashing me. Also, the people I cared about were under pressure. That is what broke me. I expected the bashing but the pressure became really intense when my family was involved.”

Tega also stated that there was no reason married people should not participate in the show. She added, “If you want to be on the show, go for it with ‘your full chest’.”