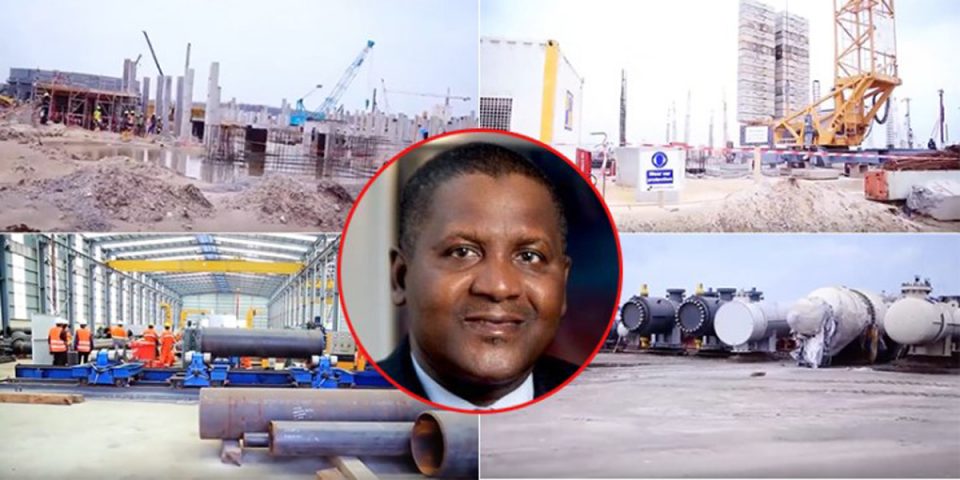 Dangote Refinery has announced a partnership with the Nigerian Content Development and Monitoring Board on the promotion of research and development in Nigeria’s oil and gas industry.

According to a statement from the Board, Dangote refinery was a platinum sponsor of the second edition of the NCDMB Research and Development Fair and Conference 2021 in a bid to show its commitment to the project.

The statement also said that Dangote refinery was able to showcase its 650,000 barrel per day project and the research and development activities it had carried out during the construction of the refinery at the fair.

The Executive Secretary of NCDMB, Mr Simbi Wabote, commended the company’s support for the fair. He expressed the need for companies in the Nigeria oil and gas sector to start nurturing the growth of the country’s home-grown technology rather just being wholesome consumers of other people’s innovations.

Wabote was quoted as saying, “Analysis of global practices of Research and Development revealed that the combined R&D spend of just five countries makes up 63.5 per cent of the entire global R&D spend. These five countries, namely USA, China, Japan, Germany, and India were also observed to have accounted for over 50 per cent of the global Gross Domestic Product.

The minister, represented by the Permanent Secretary, Nasir Sani-Gwarzo, also called on industry stakeholders and youths across the country to take advantage of the NCDMB R&D centre to bolster adaptation of existing solutions and also come up with new ones to address major challenges in the industry.

The Bayelsa State Governor, Douye Diri, represented by his deputy, Lawrence Ewhrudjakpo was quoted as saying that the theme for the fair captures stakeholders’ collective commitment to aggressively drive innovation and position the oil industry on the path of an integrated energy sector, where field development and production solutions are sourced through local capabilities.

Rising from ashes of chaotic year

How Nigeria can leverage off-grid solutions to bridge electricity gaps’