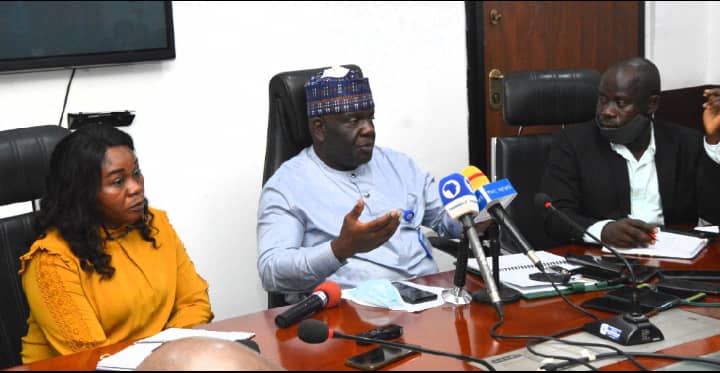 The Nigeria Civil Aviation Authority (NCAA) disclosed that it has taken steps to tackle the shortage of safety and airworthiness inspectors to meet the growing air transport demands in the country.

The Director General, NCAA, Capt. Musa Nuhu, confirmed the development during an interactive session with the League of Aviation and Airports Correspondents (LAAC) on Tuesday in Lagos.

Nuhu said the authority was in talks with the Ministry of Aviation and it had received approval to see how it could improve the Conditions of Service of its technical staff.

He noted that the approval would also be subjected to approval of the appropriate government agency so it could be able to attract and retain its core technical personnel.

The director general said the COS was important due to its inability to compete financially with operators over retaining some of the young vibrant safety personnel.

“Our Surveillance programme has increased so it has put a lot of eyes on us, the workload has significantly increased and this might get worse as time goes.

“This is also putting a lot of stress on us and issues of professional personnel are one of the biggest challenges we have in NCAA.

“We need to train our staff, retrain them but its a bit of a difficult scenario. Like the flight inspectors, these are airline pilots and no one is going to leave his airline to earn 20 or 30 per cent of his/her salaries.

“At the end of the day what happens? We get pilots that are retired and I think we need to have a mixture of young inspectors and retired inspectors,

“We want to have the right mixture but it is very difficult for us to attract the young guys because we cannot compete with what the industry is paying.

“Somebody is doubling, tripling and quadrupling their salary so it is a very difficult situation we find ourselves in,” he said.

Nuhu explained that despite the scourge of the COVID-19 pandemic, the sector has continued to improve with new airlines coming into the industry and existing ones increasing capacity.

The director general noted that the growth had brought about better connectivity especially with most state government’s building airport infrastructure.

Nuhu noted that connectivity in the country had improved significantly and it was going to get much better as they could almost travel from any part of the country to any other part; they were almost at that point.

According to him, like the days of Nigerian Airways, when you can go from anywhere, even now its getting better, I can travel from Asaba to Kano from Port Harcourt to Kano,I can travel to sokoto, Bauchi, Gombe, it is really amazing.

He said a lot of state governments were also building airports all over the place so with that, it had increased the span of activities and responsibilities of the NCAA as the regulator of the industry.

Buhari administration not a safe haven for looters — PACAC