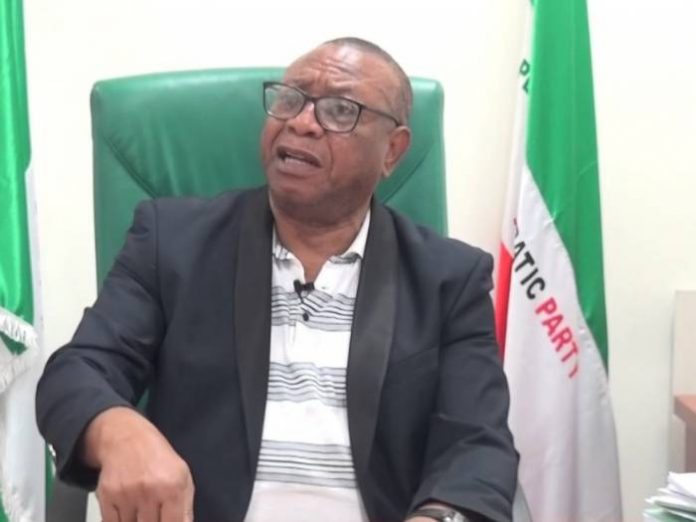 The House of Representatives has urged the Federal Government to extend the current railway line in Apapa Port to Tincan and Ijegun ports in Lagos State.

This followed the adoption of a motion by Rep. Oghene Egoh (PDP-Lagos) at Wednesday’s plenary in Abuja.

Speaking on the motion, Egoh noted that the Tincan Port was the second busiest port in Nigeria after the Apapa Port.

He said that it has a storage capacity of 28,000 metric tonnes of grain.

“The terminal handles wheat, maize and malt and could take delivery of about 4000 metric tonnes of grain daily and the port facilities could handle ships of about 30,000 tonnes.

He said the Lagos-Kano railway line under construction was 2700 kilometres in length.

He said that an extension of 15 kilometers railway line from the Apapa Port to Tincan Island Port and Ijegun Port in Satellite town would be of huge economic benefits to the nation.

Egoh stressed that the rail line would enable the government to move more goods to other parts of the country and reduce damage to the roads.

The lawmakers adopted the motion and urged the federal government to extend the rail line from Apapa Port through Tincan Port to Ijegun Port tankers terminal in Satellite town.

They also urged the Ministry of Transportation and the Nigerian Railway Corporation to include the construction of a railway line from Apapa Port to Ijegun Port through Tincan Port in the 2022 budget.

The House mandated the Committees on Legislative Compliance and Land Transport to ensure compliance.