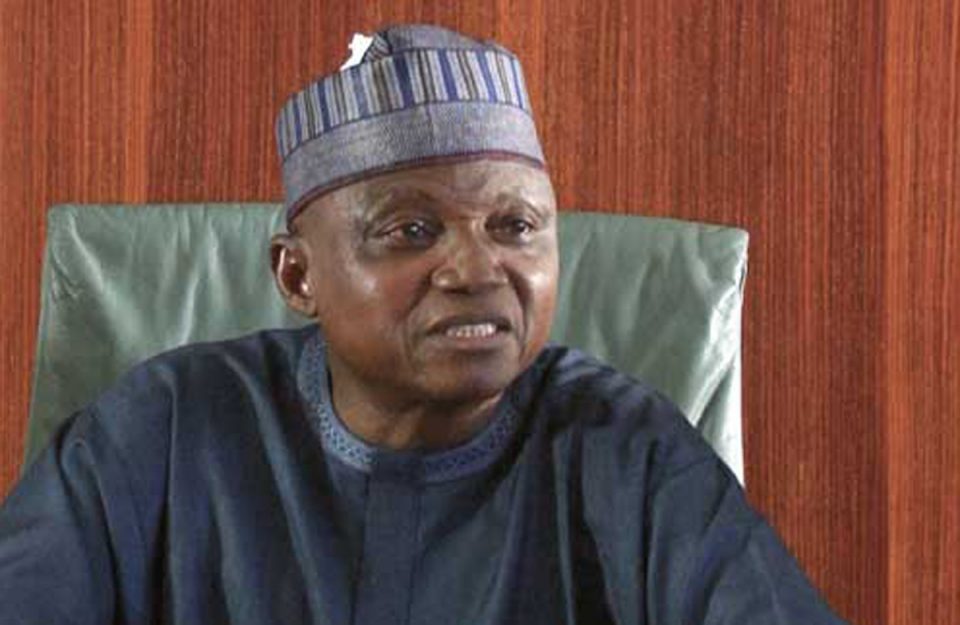 *Facility to be sourced from multilateral institutions like World Bank, IFAD, AFD, three others

The Presidency Saturday listed 15 projects spread across the nation’s six geo-political zones as those to be financed with the over $4 billion to be sourced from multilateral institutions, under the 2018-2021 medium term (rolling) external borrowing plan.

Presidential spokesman, Garba Shehu, in a release issued on Saturday stated that President Muhammadu Buhari had requested the Senate to approve sovereign loans of $4.054billion and €710million as well as grant components of $125million for the proposed projects.

According to the letter addressed to the President of the Senate, Dr Ahmad Lawan by the President, the sovereign loans will be sourced from the World Bank, French Development Agency (AFD), China-Exim Bank, International Fund for Agricultural Development (IFAD), Credit Suisse Group and Standard Chartered/China Export and Credit (SINOSURE).

The President’s request to the Senate listed 15 proposed pipeline projects, the objectives, the implementation period, benefiting States, as well as the implementing Ministries, Departments and Agencies (MDAs).

A breakdown of the “Addendum to the Proposed Pipeline Projects for the 2018-2021 Medium Term (rolling) External Borrowing Plan,” showed that the World Bank is expected to finance seven projects including the $125million grant for “Better Education Services for All.”

The Global Partnership for Education grant is expected to increase equitable access for out-of-school children and improve literacy in focus states.

The grant, which will be implemented by the Federal Ministry of Education and the Universal Basic Education Commission (UBEC), will strengthen accountability for results in basic Education in Katsina, Oyo and Adamawa States.

Other projects to be financed by the World Bank are, the State Fiscal, Transparency, Accountability and Sustainability Programme for Results as well as the Agro-Processing, Productivity, Enhancement and Livelihood Improvement Support Project.

The benefiting States for the agro-processing project are, Kogi, Kaduna, Kano, Cross River, Enugu and Lagos with the Federal Ministry of Agriculture and Rural Development as the implementing ministry.

The objective of the project is to enhance agricultural productivity of small and medium scale farmers and improve value addition along priority value chains in the participating States.

The project, when completed, is expected to improve rural water supply, sanitation and hygiene nationwide towards achieving Sustainable Development Goals (SDGs) for water supply and sanitation by 2030.

Under the external borrowing plan, the World Bank supported projects also include Nigeria’s COVID-19 Preparedness and Response Project (COPREP), under the supervision of the Federal Ministry of Health and Nigeria Centre for Disease Control (NCDC).

The project, which has an implementation period of 5 years, will respond to threats posed by COVID-19 through the procurement of vaccines.

Furthermore, no fewer than 29 States are listed as beneficiaries of the Agro-Climatic Resilience in Arid Zone Landscape project, which is expected to reduce natural resource management conflicts in dry and semi-arid ecosystems in Nigeria.

The World Bank is also funding the Livestock Productivity and Resilience project in no fewer than 19 States and the Federal Capital Territory (FCT).

The China EXIM Bank is expected to finance the construction of the branch line of Apapa-TinCan Island Port, under the Lagos-Ibadan Railway modernisation project.

The French Development Agency will finance two projects, which include the National Digital Identity Management project and the Kaduna Bus Rapid Transport Project.

The digital identity project will be co- financed with World Bank and EIB.

The Value Chain Development Programme to be financed by IFAD and implemented in Anambra, Benue, Ebonyi, Niger, Ogun, Taraba, Nasarawa, Enugu and Kogi States will empower 100,000 farmers, including over 6,000 and 3,000 processors and traders respectively.

The loan facility to be provided by European ECA/KfW/IPEX/APC will be spent on the construction of the Standard Gauge Rail (SGR) linking Nigeria with Niger Republic from Kano-Katsina-Daura-Jibiya-Maradi with branch to Dutse.

The specific project title, Kano-Maradi SGR with a branch to Dutse, has an implementation period of 30 months and will be implemented by the Federal Ministry of Transport.

The National Agency for Science and Engineering Infrastructure (NASENI) will implement the project aimed at increasing local capacity and capability in the development of power and renewable energy technologies and infrastructure.

Credit Suisse will finance major industrialisation projects as well as micro, small and medium enterprises schemes to be executed by the Bank of Industry while SINOSURE and Standard Chartered Bank will provide funds for the provision of 17MW Hybrid Solar Power infrastructure for the National Assembly (NASS) complex.

President Buhari had in a request letter dated August 24, 2021 sought the consideration and approval of the Senate to take $4.054 billion, £710 million and $125 million external loans to fund projects captured under the 2018-2021 borrowing plan.

The President’s letter was read by President of the Senate, Dr Ahmad Lawan, last Tuesday at the commencement of plenary after a two-month annual recess of the National Assembly.

The President in the letter explained that the projects listed in the 2018-2021 Federal Government Borrowing Plan are to be financed through sovereign loans from the World Bank, French Development Agency (AFD), China-Exim Bank, International Fund for Agricultural Development (IFAD), Credit Suisse Group and Standard Chatered/China Export and Credit (SINOSURE) in the total sum of USD4,054,476,863.00; Euro 710,000,000.00 and Grant Component of USD125,000,000.00.

He explained that the amount would be used to fund Federal and States Government projects cut across key sectors such as Infrastructure, Health, Agriculture and Food Security, Energy, Education and Human Capital Development and COVID-19 Response efforts.

According to the President, the projects which are spread across the six geo-political zones of the country would bring about employment generation and poverty reduction, as well as protection of the most vulnerable and very poor segments of the Nigerian society.

The letter read in part: “I write in respect of the above subject and to submit the attached addendum to the proposed 2018-2021 Federal Government External Borrowing (Rolling) Plan for the consideration and concurrent approval of the Senate for same to become effective.

“The Senate President may wish to recall that I earlier transmitted a request on the proposed 2018-2020 Federal Government External Borrowing Plan for the concurrent approval of the Senate in May, 2021.

“However, in view of other emerging needs and to ensure that all critical projects approved by FEC as at June 2021 are incorporated, I hereby forward and addendum to the proposed Borrowing Plan.

“The Projects listed in the addendum to the 2018-2021 Federal Government External Borrowing Plan are to be financed through sovereign loans from the World Bank, French Development Agency (AFD), China-Exim Bank, International Fund for Agricultural Development (IFAD), Credit Suisse Group and Standard Chatered/China Export and Credit (SINOSURE) in the total sum of USD4,054,476,863.00; Euro 710,000,000.00 and Grant Component of USD125,000,000.00.

“The Senate is kindly invited to note that the projects and programmes in the Borrowing Plan were selected based on positive, technical and economic evaluations and the contribution they would make to the socio-economic development of the country including employment generation and poverty reduction as well as protection of the most vulnerable and very poor segments of the Nigerian society.

“The Senate may also wish to note that all the listed projects in the addendum form part of the 2018-2021 External Borrowing Plan and cover both the Federal and States Government projects and are geared towards the realization of the Nigeria Economic Sustainability Plan that cut across key sectors such as Infrastructure, Health, Agriculture and Food Security, Energy, Education and Human Capital Development and COVID-19 Response efforts.

“Given the importance attached to the timely delivery of the projects listed in the proposed Borrowing Plan and the benefits both the Federal and State Governments stand to gain from the implementation of same, I hereby wish to request for the kind consideration and concurrent approval of the Senate for projects listed in the addendum to the 2018-2021 Federal Government External Borrowing Plan to enable the projects become effective.”