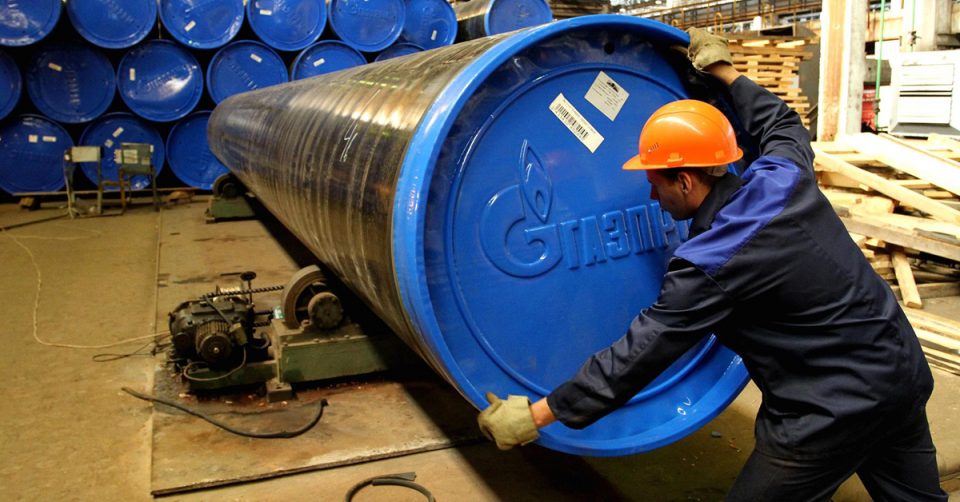 Russian energy giant Gazprom’s revenue from gas export doubled to 28.4 billion dollars from January to August, while the export price for gas increased by 15.2 per cent.

The gas increased by 15.2 per cent month-on-month in August to 282.4 dollars for 1,000 cubic metres, the Russian Federal Customs Service said on Monday.

The volume of gas exported in the first eight months of 2021 grew by 11.7 per cent as compared to the similar period in 2020, and stands at 140.6 billion cubic metres.

In August, the corporation’s gas export revenue went up by 36.2 per cent in comparison with July, and amounted to 4.74 billion dollars.

The amount of gas exported in August also increased by 18 per cent as compared to July, and stood at 16.8 billion cubic metres.

If compared to August 2020, Gazprom’s revenue almost tripled in August 2021, but the amount of exported gas declined by 2.3 per cent.

The cost of export gas in August 2021 was significantly higher than the profitability level of gas export, which was 90-100 dollars for 1,000 cubic meters, according to experts’ assessment.

FG reiterates commitment to protection of children in schools -Osinbajo

HIV/AIDS: US provides $6 bn dollars to Nigeria since 2003, says Consul

By-election: LASIEC presents Certificate of Return to councillor-elect in Lagos