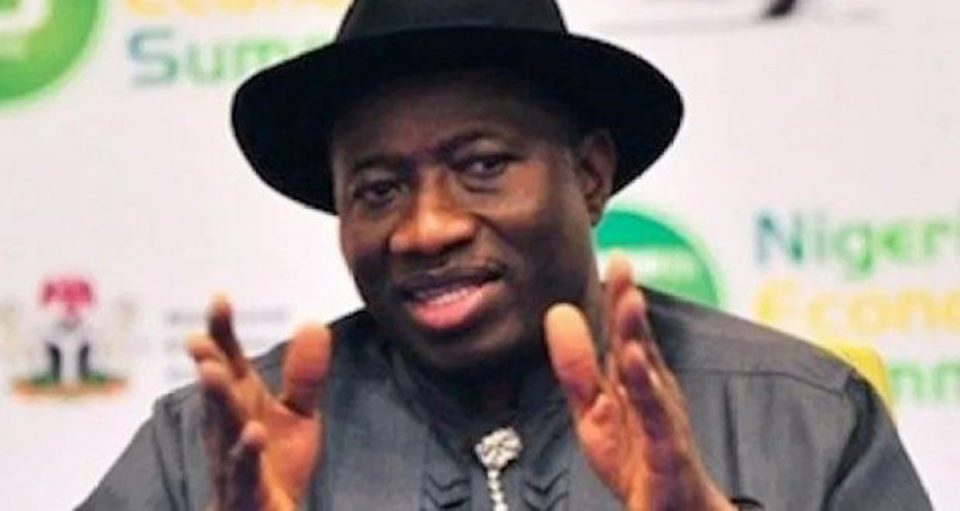 Former President Goodluck Jonathan has explained that his vision for signing the Nigerian Oil and Gas Industry Development Act in 2010 to establish Nigerian Content Development and Monitoring Board (NCDMB) was to ensure that at least 80 per cent of the needs in oil industry is produced in Nigeria for the citizens to benefit from oil operations as attainable in other advanced countries.

Jonathan disclosed this when he led his course mates, the 1981 Class of the University of Port Harcourt Alumni to visit the oil and gas industrial park at Emayal I in Ogbia Local Government Area.

The former president said by the time the same centre is built in all the states in Niger Delta, at least 50 per cent of the needs in the oil industry would be produced in the country.

He said, “When I was deputy governor in 2000, I led the Bayelsa State trade delegation to China, because we came from an oil producing area, they took us to their oil city, and if you go to the city, you will be happy with the oil operations, there are oil wells in front of the offices and houses, and their oil wells are very shallow, something like pump, and when you see the oil pumping in front of the houses with grasses green.

but by the year 2000, up-to 80 per cent of the components and the need of oil industry, China produced it within the country, but in Nigeria, if Agip needs one thing, they will go to Italy or France, if it is Shell, they will go to Netherlands.

Ibrahim Bio: APC Frustrated Me Out of the Party in Kwara