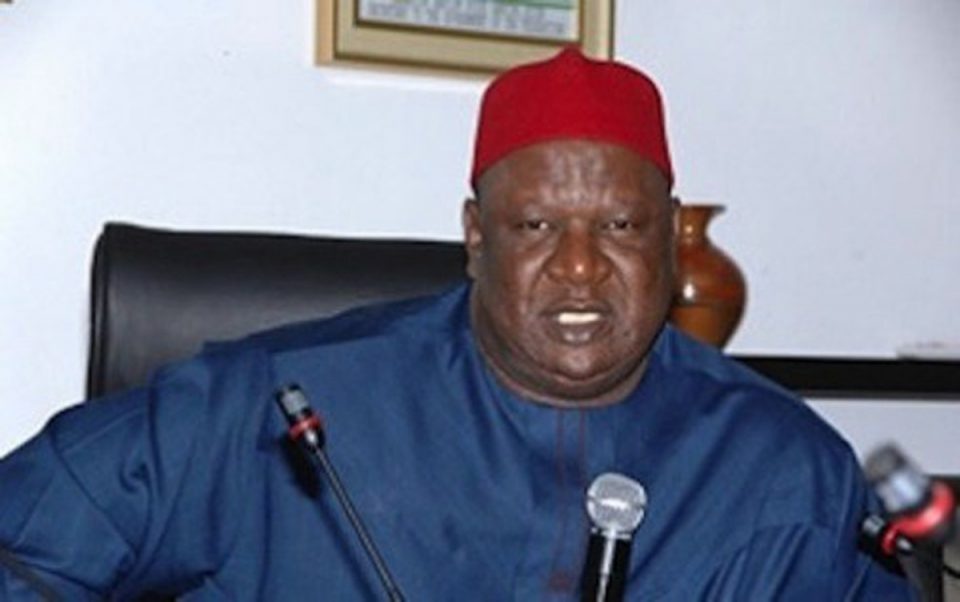 Former Senate President, Pius Anyim has congratulated the Super Eagles on its victory over Egypt in its first match of the ongoing African Cup of Nations (AFCON) in Cameroon.

The News Agency of Nigeria reports that the Eagles defeated the Pharoahs of Egypt 1-0 through a Kelechi Iheanacho’s 30th minute goal to record its first win of the competition.

The former Secretary to the Government of the Federation commended the Eagles fighting spirit all through the encounter, noting that it reflected the true Nigerian spirit of resilience.

“I was proud of the Eagles performance and I know that millions of Nigerians who stayed glued to their television sets felt the same way.

“The players gave Nigerians joy again after a lull in national teams’ performances and I pray that the team continues with such performance all through the competition,” he said.

The Presidential Aspirant under the Peoples Democratic Party (PDP) however, cautioned the Eagles against complacency, urging the players to take the remaining matches as finals.

“The coaches still have to review the team’s performace in the match and correct noticable lapses especially in the attack.

“The team missed several scoring chances to seal the game early enough and the coaches must work seriously on that department” he said.

The Soccer Buff urged youths to always engage in positive ventures to be useful to themselves and  the society.

“It is gratifying that the present super eagles team is dominated by youths who still have the vigour and commitment to excel.

“A Nigeria under my presidency will give unbridled attention to the upliftment of the youths to make the country secure and productive,” he said.

Makinde breaks silence, reveals how next Olubadan will emerge