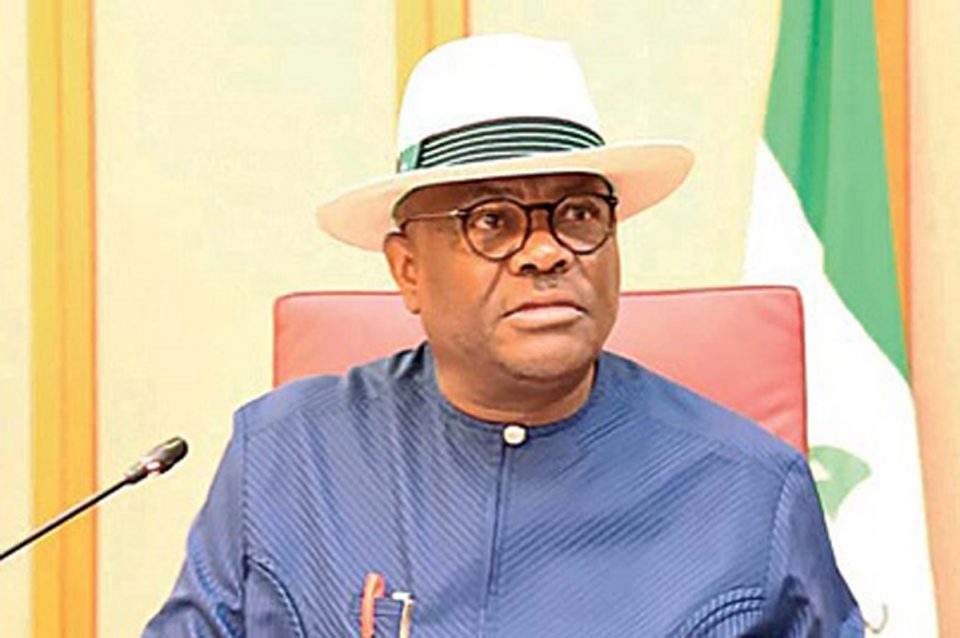 Rivers State Governor, Nyesom Wike, has vowed not to spare anyone involved in illegal bunkering and artisanal refinery activities that have caused a soot pandemic in the state.

Wike said his administration would not succumb to any form of blackmail or sentiment that would be stirred by the perpetrators in an attempt to frustrate efforts at curbing the hazardous business.

This was contained in a statement by the governor’s media aide, Kelvin Ebiri, which was made available to newsmen in Port Harcourt.

Wike was quoted as saying, “They can’t be doing this and killing my people. No reasonable government will allow that. And I can tell you with all due respect that we will take this matter very seriously.

“Look at how everyday in your house, you see soot. I mean, how can you allow that? So, this one that we can solve, we will solve it.

“We have assured the people of Rivers State that we will fight this matter to the last until I leave office.”

He noted that confronting the cartel behind the business would not be easy, but vowed to consider it as a war like situation and fight it from the standpoint of the law.

According to him, no matter how highly placed the perpetrators may be, they will not be spared, but will be confronted, apprehended and made to face the full force of the law.

Wike directed the Attorney-General of the state and Commissioner for Justice, Prof Zacchaeus Adangor, SAN, to take over the case files of illegal crude oil refinery operators arrested by the police.

He added, “Attorney-general, all these matters with the police, you have to retrieve the files so that you can prosecute the matters on your own. I don’t want any compromise anywhere.

“It will not be on the ministry. You have to constitute a legal team. Go and get our friends all over the country so that we can execute this prosecution to the last.

“It is a serious matter. And I’m going to take it head on. In fact, it is a war. It is not poor people doing this, they’re a cartel. You must go and arrest these people; Chief W. J. Wocha, you must arrest Fubara Ohaka, and Chief Promise Ezekwe. You must arrest them.

“It doesn’t matter how highly placed you are. If you like, be the paramount ruler. In fact, any traditional ruler that is involved, pick him for me. Let him understand that the law does not respect anybody.”

The governor directed the Chairman of the Emohua Local Government Area, Dr Chidi Lloyd, to locate residences where processed crude oil products were being stored and ascertain their sources.

Wike said the purpose of confronting the menace was to ensure that the health of Rivers people was not further hampered by illegal refining activities.

He added, “I have said to the Federal Government, if you’re not willing to do anything, don’t promise people anything. You told them that you will do something, how can you promise modular refineries?

“What I’m talking about is the safety of Rivers people. That is more important to me.”

Lloyd noted that the problem of illegal refining activities in the area was beyond the capacity of the council to handle.

He wondered why the Federal Government, which once promised to establish modular refineries in the Niger Delta region, had reneged on the promise.