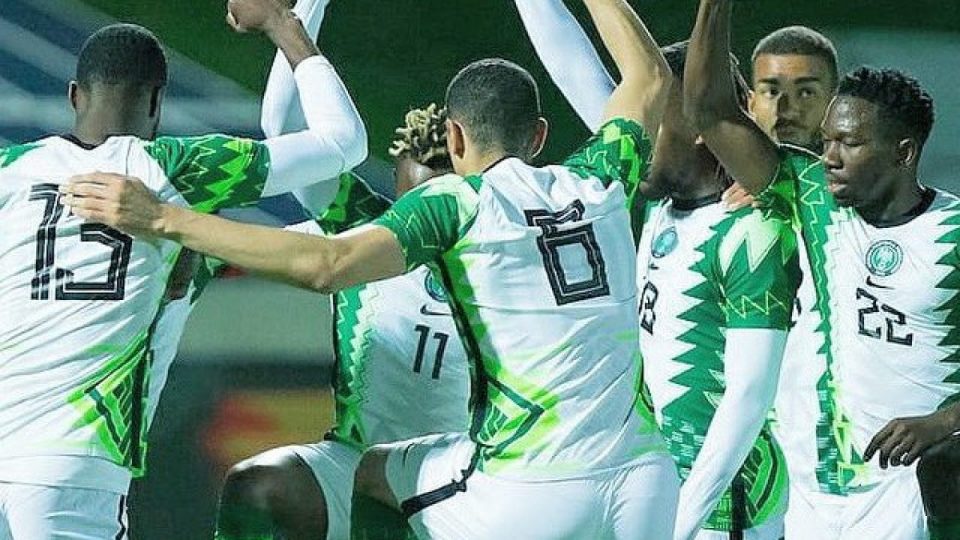 Nigeria’s Super Eagles on Wednesday in Garoua advanced in style to the knockout phase of the 2021 Africa Cup of Nations (AFCON) in Cameroon.

They beat Guinea-Bissau 2-0 at the Stade Roumde Adjia to become the only side at this 33rd edition of the competition to win all their three group games.

The winners of groups A, B and C who had advanced earlier failed to win all their three games.

It is now not possible for any other team in groups E and F to accomplish this, with none of them having won two matches.

The Group D winners made eight changes to the side which beat Sudan on Saturday, with six on the bench and the other two unavailable.

On their part, Olaoluwa Aina and Joseph Aribo did not dress for the game.

This did show in the Super Eagles game, with the team almost strolling through the first half.

It took them time to get going, with their opponents not providing something better too.

But it was not too long after the restart that they got going, with Umar Sadiq opening the scoring following a cross from Kelechi Iheanacho in the 56th minute.

The Super Eagles took full charge thereafter, with Simon coming in for Chidera Ejuke and Peter Olayinka for Sadiq.

William Ekong sealed the win after he tapped in a rebound following a good job fine by Simon from the left flank.

But it took referee Peter Kamaku from Kenya almost two minutes before allowing the game, following a lengthy VAR check,

Olisa Ndah, Frank Onyeka and Henry Onyekuru later came on for Tyrone Ebuehi, Kelechi Nwakali and Iheanacho respectively to steady their game and hold on to their lead.

The win took Nigeria to nine points from three matches, sealing their top spot in the group and condemning Guinea Bissau to bottom place.

The Super Eagles now await the best of the third-placed teams in groups B, E and F as their opponents in the next stage on Sunday in Garoua.

Meanwhile, seven-time champions Egypt beat Sudan 1-0 in the group’s other game to finish second behind Nigeria and qualify for the last 16 round.

Sudan offered little opposition though, with Egypt going close to a second goal through a Mohamed Salah effort which was saved by goalkeeper Mohamed Mustafa in the second half.

Egypt will now face the winners of Group E on Jan. 26.